An up to date list of current title holders in the MMA world's smaller promotions; from super heavyweight, all the way down to atomweight. - Updated April 13, 2013 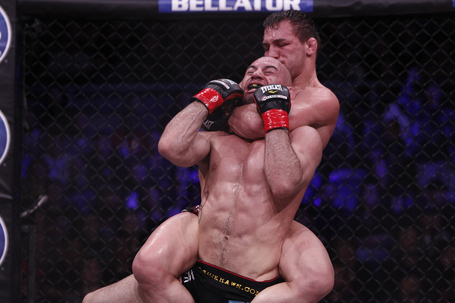 The world of MMA is a fluid, ever changing place. Yesterday's prospect is tomorrow's champion, and yesterday's champion is tomorrow's prospect. Of course keeping track of it all is a near impossibility for the casual fan, but that's why I'm here. To give you a leg up, the next time someone asks you who the Pancrase bantamweight champion is, or who owns the M-1 middleweight strap.

So enjoy! Much like the UFC rosters, this list will be updated as often as there is info to update. And because there's no good criteria for what makes an MMA promotion suitably notable to be on this list, it will include whatever I think makes sense. UFC fighters who have belts in promotions outside the UFC will not be listed here because those belts are often vacated, or the titles stripped. And UFC champions will not be listed here, because there is a whole section already devoted to UFC fighters and its champions. All fighters are listed alphabetically by promotion. Interim title holders will be listed under their non-interim counterparts, and champions in non standard weight classes will be listed on their own. Titles that have never been awarded will not be listed, however vacated titles will, along with the approximate date they were vacated.

The following fighters, under UFC contract, are the last recorded title holders for currently vacated belts.