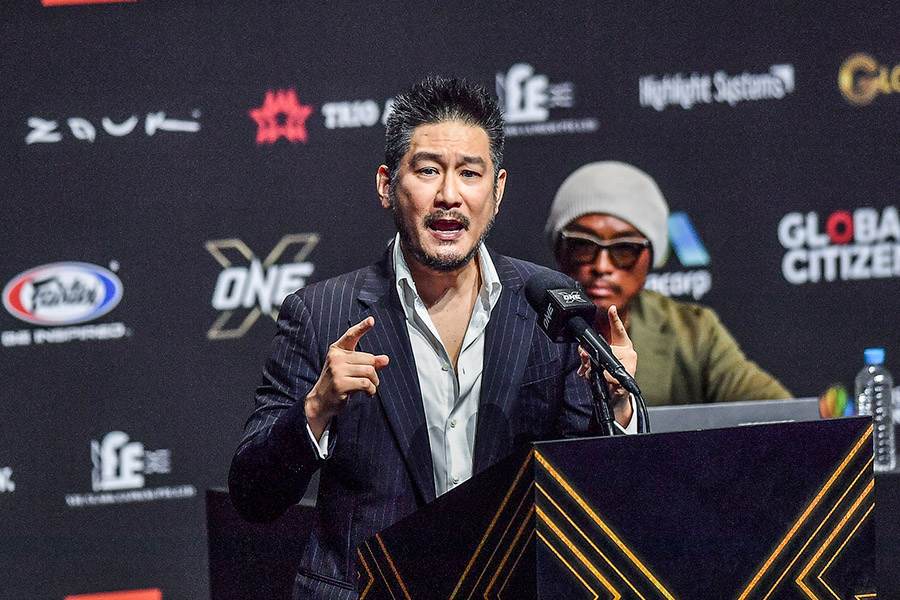 John Nash stated it best. "One of my favorite genres is ONE Championship press releases disguised as independent news. Can't imagine who this is fooling."

I had explained some time ago through previous articles I had created on ONE Championship, that MMA fans — and most of MMA media and journalists — simply roll their eyes each time a ONE PR press release is publicized. The "billions of potential reach." We were expected to believe that the ONE's ratings for their 100th event — a few years ago — did a staggering 85 million viewers globally.

This number was taken straight from their previous press release, in conjunction with their business partner Nielsen — a global measurement and data analytics company, which provides the viewership numbers on ONE’s behalf. Upon closer investigation, and my own personal suspicious belief at the time (along with just about every MMA fan and media member), I wanted to do some digging into how these viewership numbers came to be.

After speaking with Bloody Elbow's own John Nash two years ago, he confirmed my suspicions of this in its entirety. During an interview with Ariel Helwani in December of 2018, Chatri stated that the organization averages a whopping 20 million viewers per show, while he then stated that any questions regarding this and confirmation — can be made by reaching out to Nielsen themselves. John Nash did in fact pursue this by reaching out to Nielsen via email, seeking to confirm these magnanimous viewership numbers.

A representative from Nielsen stated to Nash that the viewership numbers that ONE quotes are based on multiple sources, not just Nielsen data, therefore it would be best for Nash to authenticate the numbers with ONE directly. Nash responded to Nielsen with reference to Chatri's statements on Ariel Helwani's show, as well as stating that ONE will not answer his requests for clarification; while Nash again asked: "Is your team saying that the 20 million number is not a number reported by Nielsen?"

Nielsen's response was that, once again, Nash needed to reach out to ONE for comment, as Nielsen was unable to assist him with a sense of confirmation. Nash experienced these same forms of indisposed communication in the past with both parties he explained; while in my terms, he was surely getting the runaround. Nash added: "I had a similar exchange in April (2020), where I asked for confirmation of a number ONE said came from Nielsen. Nielsen wouldn't confirm, instead they turn told me that I'd have to speak to someone at ONE, but when I contacted that person I didn't get a reply."

Noted above, this screen shot was taken from Sityodtong's Instagram account from a post he made on May 20th, 2020. To confirm if in fact these numbers are true, I had attempted to contact Tubular Labs to confirm the validity. Tubular Labs did not reply.

Fast forward to April 2022, where ONE Championship claimed that they ranked "Top 5 For Global Viewership And Engagement Among All Major Sports Properties", once again referencing Nielsen. The press release from ONE noted: "ONE ranked #2 overall in 2021 digital viewership, rising from its #4 ranking in a 2020 Nielsen report, with over 13.8 billion video views across Facebook, Instagram, YouTube, and TikTok. It sits just behind the #1-ranked NBA, which boasts over 14.5 billion for 2021. The UFC fell two spots to #5, with 6.6 billion."

Through attempting to confirm if any of these numbers are accurate, I reached out to Nielsen as well. No response was provided.

In more recent news for the organization, it was announced in December of 2022 that FanDuel has become a media partner, whom are expected to bring ONE’s event’s to the newly launched FanDuel TV network. The partnership officially begins on January 20th of this month. Sityodtong noted: "We are thrilled to join the FanDuel TV lineup and give our passionate U.S. audience yet another way to engage with ONE Championship. Having a quality partner in FanDuel will help raise the profile of our company in the region and provide their viewers with action-packed martial arts events like they have never seen before."

With ONE’s fairly new partnership to the popular streaming platform Amazon Prime in 2022, time will tell how/if the viewership numbers will be propagated, and to be fact checked.

It’s also worth noting of the connections ONE seems to have with certain websites, that seem to act as an extension of ONE’s PR team. Websites such as Sports Business Journal seem to echo ONE’s PR crusade; while The Outlines' Jon Christian provides some context in juxtaposition to this. It's clear that certain publicists convert some writers to, as Christian states, "secretly mention or link their clients in stories on HuffPost, Forbes, and other sites."

Such forms of wary payola commentary or brown envelope reporting make me uncomfortable as an MMA fan, reading such bizarre high praise and reinstatement of bold, hyperbole claims.

And according to prnewswire in March of 2021, "The Apprentice: ONE Championship Edition Asian Premiere is the Most-Watched English-Language Reality Series Premiere of 2021." Again, MMA fans are left to feel what exactly of this?

Let me know what you guys all think in the comments below. Happy New Year.