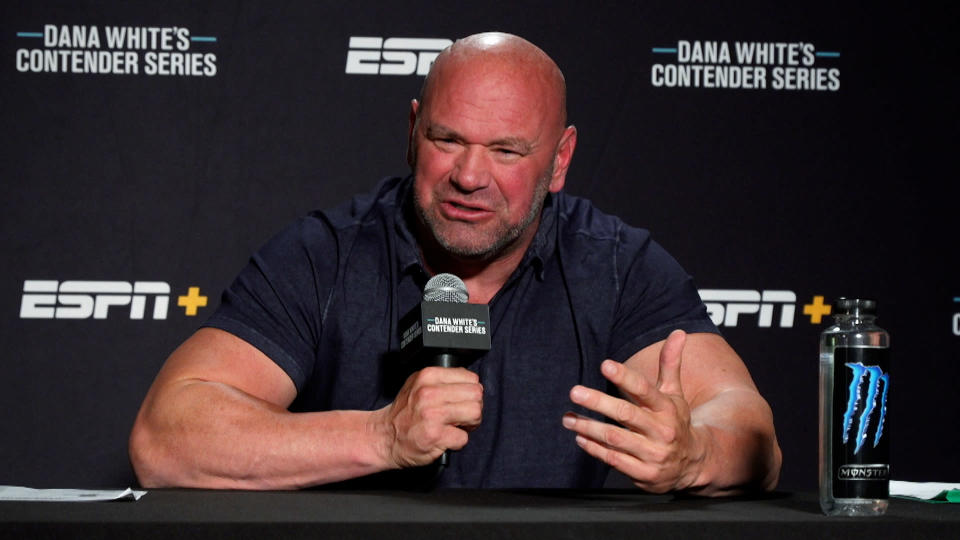 The invalid and lazily defenceless words from UFC president Dana White from the UFC 274 post-fight presser in May, in response to a reporter asking why fighters were told by UFC staff that flags are not allowed out to the octagon and/or shown anymore. "Let’s not even play that f—king game. You guys know why."

While to no one’s surprise, no media member would dare to challenge White. Most say it’s out of fear of losing their credentials. I argue that it’s pusillanimity in journalistic integrity.

Zane Simon from Bloody Elbow said it best. "It was the sponsors, then it was the uniforms, now it’s the flags. Nobody may be ‘about free speech’ more than the UFC, but that mantra stops hard the moment fighters enter the Octagon." I would add to Simon’s quote here in expansion of ‘free speech’, with a deeper look into what this really implies: The UFC's blatant hypocrisy.

In September of 2020, White stated the following to reporters, in light of the mountains of bile misinformation and chauvinism echoed by 2x welterweight title challenger Colby Covington. "One of the things we’ve never done here in the UFC is stop people from expressing how they feel about certain things inside or outside the Octagon. Even if it’s me. If it’s about me. Who’s more about free speech than we are? We literally let our people do or say whatever it is they do. It’s normal."

Now, let’s fast track to today, with White responding to criticism online for recently awarding one of the YouTube stars: Nelk Boys’ — Kyle Forgeard, $250,000 in cold cash as a birthday gift. "Let me set this record straight: first of all, all these people on the internet, go f—k yourself. I will spend my money however the f—k I want to spend my money. Mind your own f—ng business, number one…Don’t count other people’s money and mind your own f—ng business." While White lastly added: "A lot of this is driven by the scumbag MMA media. So what happens is they act like there’s this massive safe here in the UFC offices that says ‘Fighter Pay’ on it. And I go in there and I grab whatever I want out of the fighter pay. No, you f—ng pieces of shit. This is money that I actually have made over an entire career. And I will spend it however the f—k I want."

White’s comments are not entirely surprising, considering how he reacts to feedback that isn’t chortling on the proverbial ball sack of his every word. White wants an army of sycophants in MMA media and fanbase. His perceptions and demand of inimitable UFC jingoism, for all to be loyal and patriotic and to not question him

What all this comes down to is the reality of the fighters in the UFC suffering the most. Not us. UFC fighters only receive roughly 17.5% of revenue share, whereas in boxing the fighters are obtaining roughly 70%.

In May of this year, UFC’s owner Endeavor — with CFO Jason Lublin taking the lead on this — responded to concerns regarding fighter pay. "We agree there has been a lot of comparisons drawn to team sports such as the NFL and NBA, and we actually don’t think that is the right comparison to the UFC. We think the right comparison is to other individual sports, such as the PGA tour, F1, NASCAR, and ATP. Lublin added: "If you look at those athletes and what they’re paid as a relative percentage of revenue for those leagues, it’s right in line where the UFC is with their athlete compensation."

Long-time MMA media member and journalist Ariel Helwani had this to say in response: "Let me ask you this. When a PGA star, an F1 star, a NASCAR star, and a tennis star, when they are competing, what are they wearing? Are they wearing a uniform? Or are they wearing stuff head to toe, hat, shirt, pants, shoes, gloves, whatever, that is sponsored? That they are making money off of. Because I can ensure you who ain't doing that, the UFC fighter."

While what’s most important to note in response to Lublin’s comments, is his perception on other sports comparisons. The Association of Tennis Professions is currently paying 17.5% of their revenue to their tennis players; while the ATP has made a commitment to split 50-50 all new revenues with the players. Importantly, the ATP is non-for-profit establishment.

While the PGA Tour says it will distribute $838 million to the players from projected 2022 revenues of $1.522 billion. This would be 55% for the players. 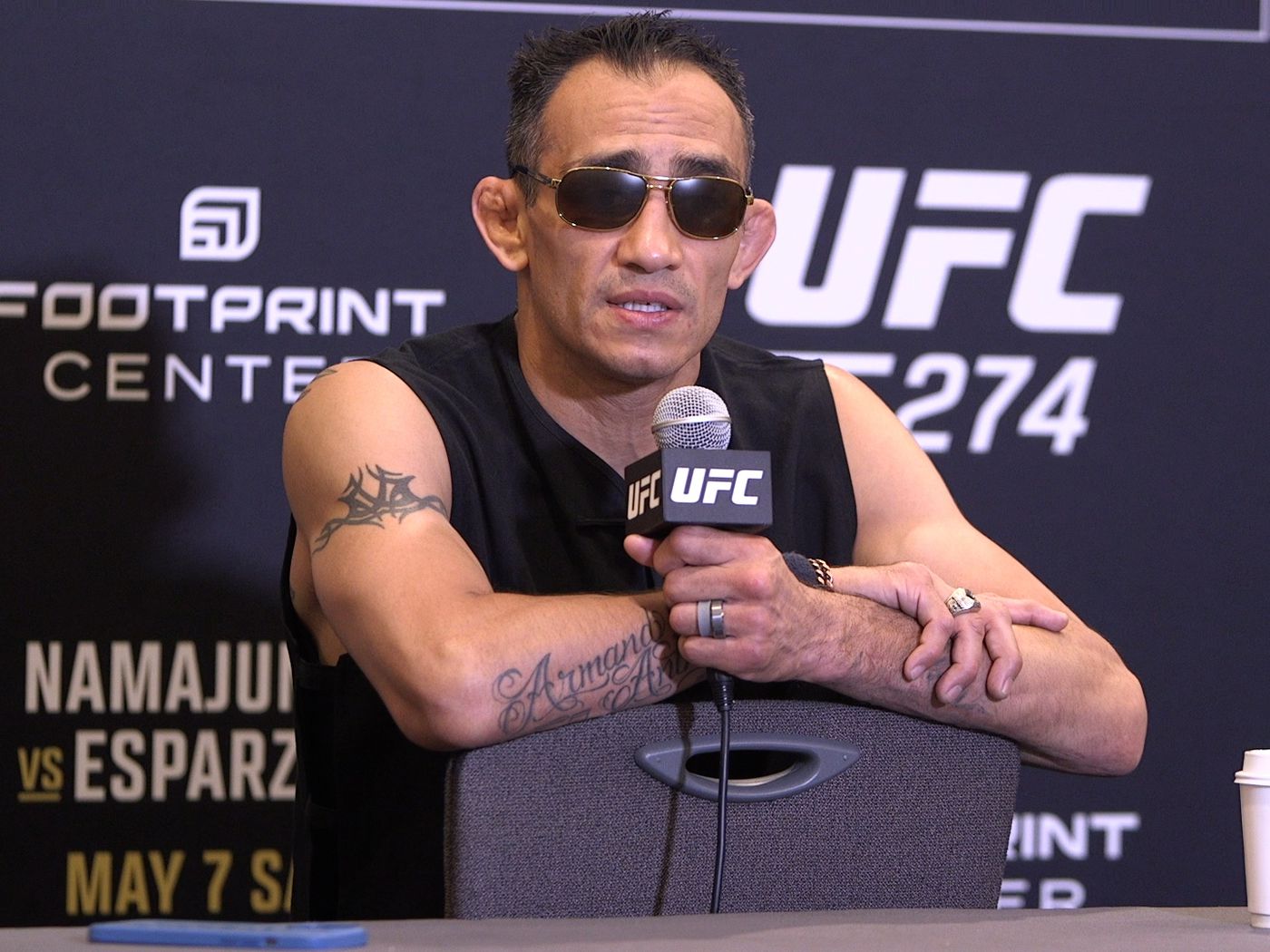 Tony Ferguson stated it best: "I’m going to be real, I’m tired of the retaliation tactics from the company."

In 2015, long-time respected UFC and boxing cut man: Jacob "Stitch" Duran, spoke his mind in regards to the UFC's previous apparel deal with Reebok. While the very next day, "Stitch", was no longer employed with the UFC. In retaliation to the discreditable decision by the UFC to fire Duran, in addition to the Reebok deal; fans went after the UFC president on Twitter. Fans also flooded the UFC’s Embedded videos at the time with negative comments; while the UFC then felt the need to disable the comments section on these various videos.

Here’s some of my favourite zinger’s from White, coming at fans on Twitter for free speech he doesn't like.