Hello my beloved Bloody Elbow-ners. Once a year I come to you with a message so important I have to USE A LOT OF ALL CAPS TO FULLY COMMUNICATE ITS IMPORTANCE!!!!

Your friend and mine, the estimable artist of MMA SQUARED and BLOODY ELBOW'S OWN Chris Rini has published VOLUME 3 of his annual art book series THE FINE ART OF VIOLENCE.

Chris is a diehard MMA fan who's been following the sport since forever, and his ability to capture the movement, impact, strangeness and violence of the sport with pen, charcoal and digital paintbrush is without comparison. (As evidenced by his Gaethje / Chandler pic, below) 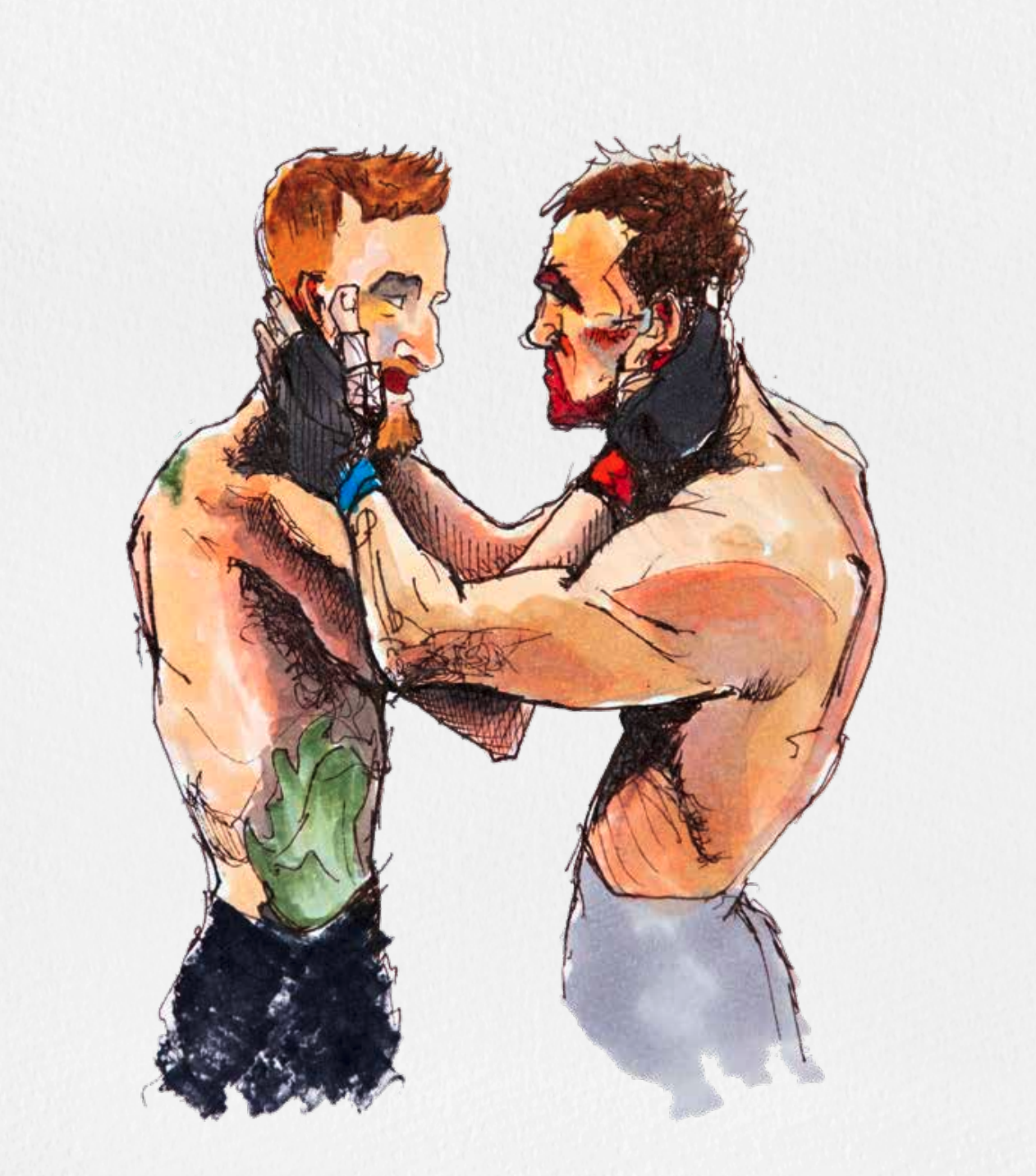 For those like myself who are collecting the whole series, the cover colors are going to be a rainbow, so Vol. 3 is championship gold. DON'T MISS OUT ON THIS IMPORTANT COLOR IN THE RAINBOW OF ARTFUL VIOLENCE!!!

You can order it as a hard copy ACTUAL PHYSICAL BOOK THAT EXISTS IN THE WORLD or digitally at chrisrini.com

I don't make a commission on sales or anything, but I am lucky enough to help Chris with the books' production - I edit the photos, do the layout, and make the covers (so if you think those suck DON'T BLAME CHRIS! BLAME ME, DAMMIT!!!). Along with the amazing art that every volume contains, THE ESSAYS IN VOLUME 3 ARE FAN-FREAKIN'-TASTIC!!! Each one offers a nuanced and insightful take on the sport we've moored ourselves to and the people who ply their trade in the hurt business.

Of particular note is Julie Kedzie's essay about Hamasaki vs. Asakura II. It is a sublime piece on the rollercoaster of complex emotions that come with MMA fandom. Julie is retired pro fighter (Hook'n'Shoot / Cage Rage / Strikeforce / UFC) whose decade long career saw her take on household names like rightwing "movie star" Gina Carano, stalwart competitors like Alexis Davis and Bethe Corriera, and former champ Meisha Tate. She beat up Jan Finney a couple of times when that was a great win and there was no money in it. HER BONA FIDES ARE ABOVE REPROACH!!!

Her essay captures every side of her many perspectives on MMA as a woman, a fighter, a fan and Invicta commentator. She writes about the excitement you feel from watching a great fight, the crazy moments that only MMA can deliver, and the mixed feelings any thinking fan has about longterm trauma and fighter pay. IT'S A HELLUVA ESSAY AND YOU SHOULD READ IT!!!!

The other essays - including from longtime contributor Josh Rosenblatt, and new voices to the Fine Art of Violence Sean Sheehan and Tunisha Singleton, and others - cover the decline and fall of Rory MacDonald, the insanity of Holloway / Kattar and difficulty of MMA judging, and so much more. 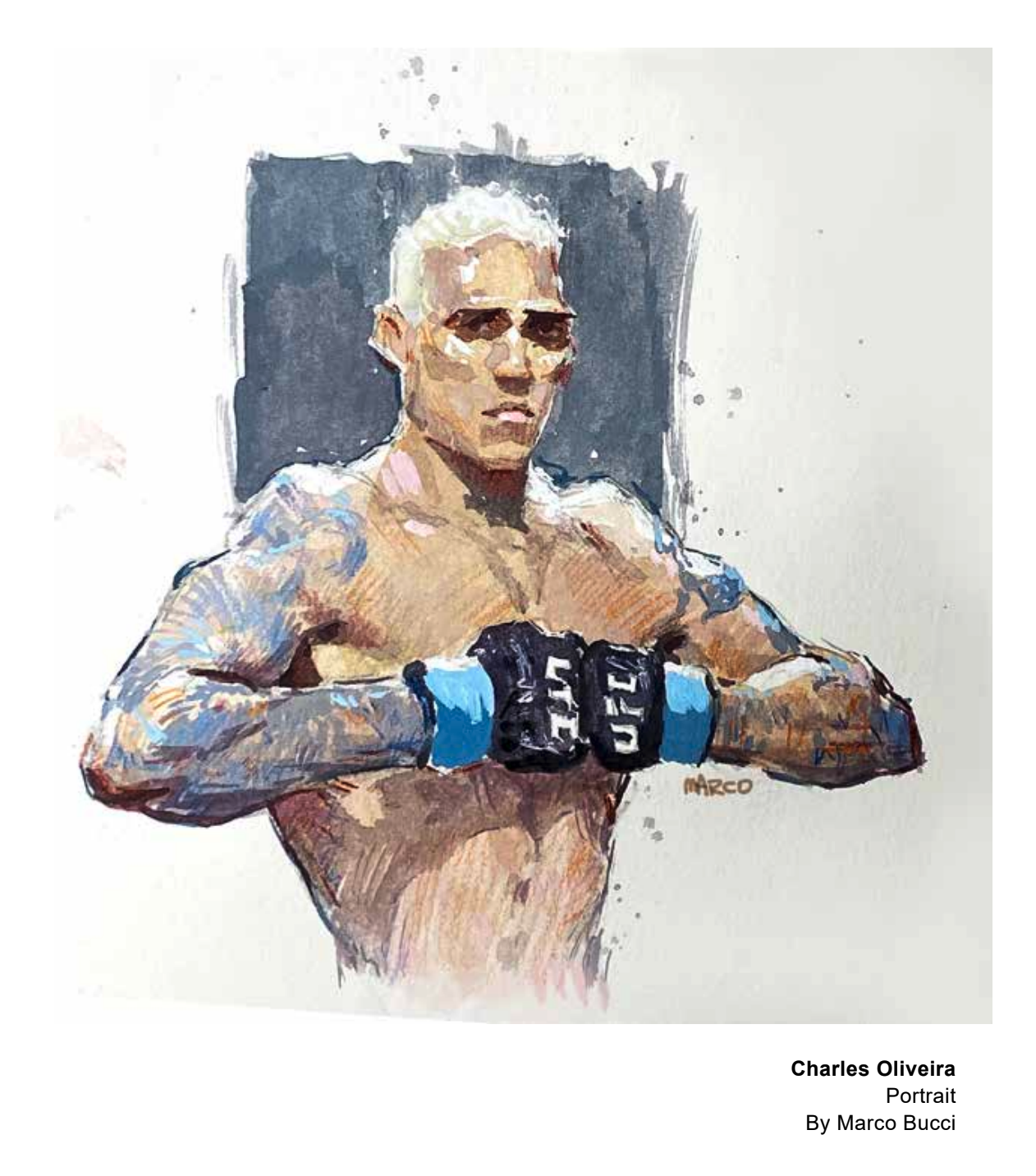 To paraphrase the most powerful Quebecois who's ever lived, Georges St. Pierre, "The Fine Art of Violence, Vol. 3 - BUY IT. WITH YOUR MONEY!"