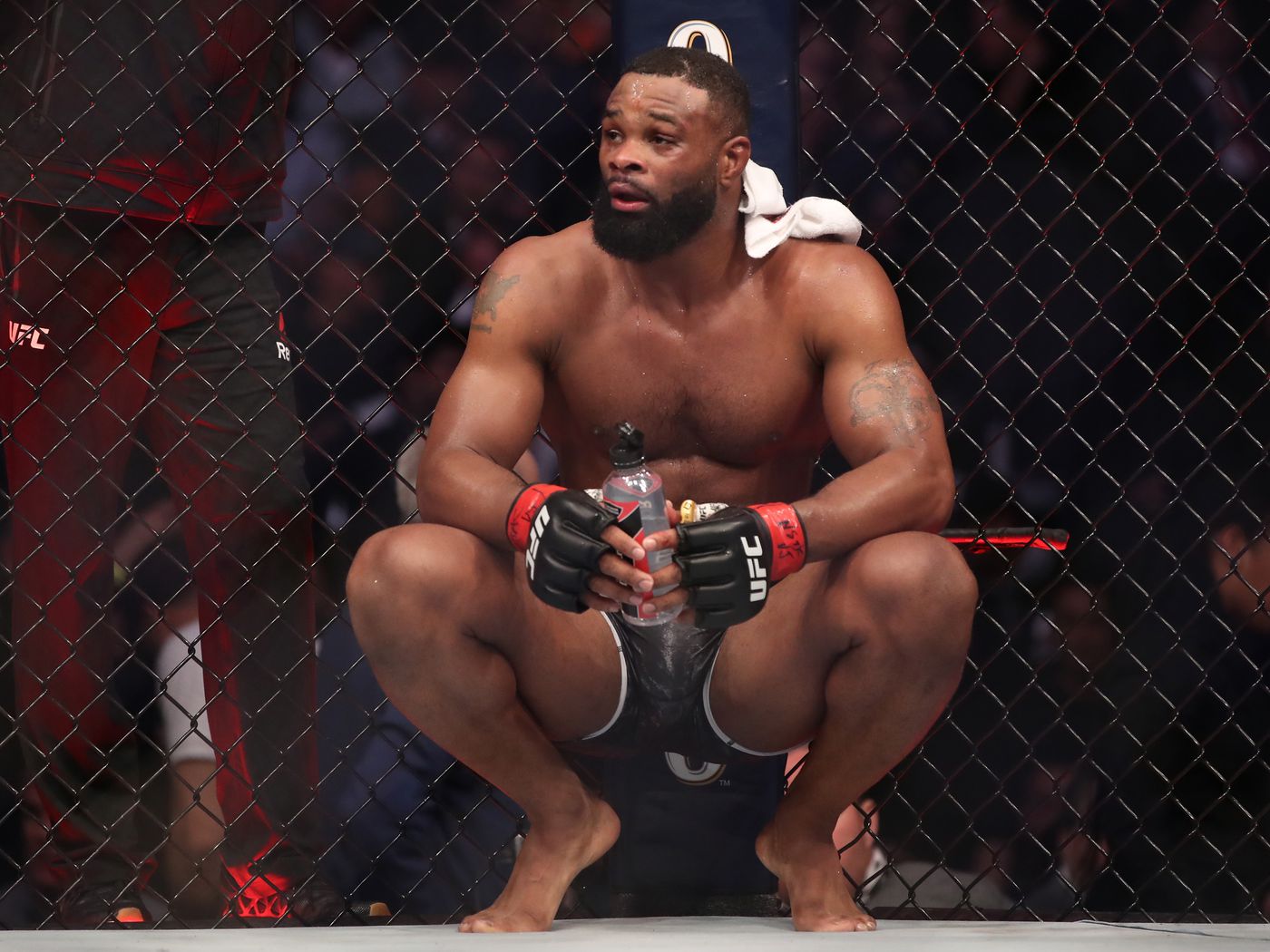 Once Upon a Time

A little over three years ago, Tyron Woodley (19-7-1 MMA, 9-6-1 UFC) was in the midst of one of the best welterweight title reigns we've ever seen. A reign that included an admirable resume of wins, 4 title defenses (including his draw with Stephen Thompson), and hardly any moments of weakness, Woodley firmly established himself as one of the greatest welterweights of all time. As a matter of fact, after easily dispatching undefeated contender Darren Till, it actually reached a point in which it was difficult to envision anyone taking the belt from him.

Everything changed when Woodley lost a one-sided unanimous decision to current champion and reigning pound-for-pound king Kamaru Usman at UFC 235 in March of 2019. At the time, many chalked it up as a bad night at the office for Woodley and figured he would bounce back in his following performance. This was not at all the case, as he would go on to have similarly lifeless performances against Gilbert Burns and archenemy Colby Covington, losing both fights in lopsided fashion. In his final octagon appearance, Woodley finally let his hands go and went for the kill against Vicente Luque, but once again came up short when he got submitted in the very first round. After decisively losing four fights in a row, Woodley's time with the UFC came to an end and his future became uncertain. Enter Jake Paul.

With his UFC career behind him, demand for a boxing match between Woodley internet sensation Jake Paul started to gain traction in the aftermath of Paul's knockout win over Woodley's good friend and training partner, Ben Askren. Online beef and persistent hype from media outlets eventually led to a Paul-Woodley fight being booked for August 29th, 2021.

Considering Woodley's decorated background in MMA and his proven punching power, many people viewed Woodley as the perfect opponent to finally put an end to Paul's antics in the boxing ring. Despite his underwhelming performances to close his UFC career, combat sports fans still figured Woodley could use whatever fight he had left in the tank to defeat the relatively unproven Youtube star in Paul. When the 8-round bout eventually took place, Woodley once again failed to launch and did not let his hands go, getting outlanded by Paul 71-52 in total punches. Although Woodley had the biggest moment of the fight in round four when he knocked Paul into the ropes with a powerful punch, he was outboxed by Paul for the majority of the fight and ended up losing a split decision. The fight itself was not particularly good, but Woodley nonetheless suffered his fifth consecutive combat sports defeat, and this time it came against Jake Paul. See the stats for their first fight here.

At first, despite Woodley endlessly campaigning for it, both Paul and the combat sports masses weren't interested in the idea of a rematch. Instead, Paul was scheduled to meet Tommy Fury in December of that same year. However, the universe had other plans, as Fury would pull out due to injury and Woodley would step in to rematch Paul on short-notice. The rematch was considerably worse than its largely uneventful predecessor, with both fighters doing a lot of clinching and throwing very little punches. None of this mattered in the end, as Paul would land a brutal shot in the sixth round that sent Woodley crashing down to the canvas face first, out cold. This was the first time Woodley had been knocked out since his Strikeforce days, and was arguably the most devastating loss of his combat sports career. In what many considered Woodley's final chance at redemption, he got knocked out in a manner nobody could have predicted. A truly sad sight to see.

Woodley cemented himself as a top five welterweight of all time years ago, and no amount of losses will ever take that distinction away from him. While his historic status among the welterweight elite will never change, the overall damage done to his legacy is irreparable. Someone's legacy is defined by how they will be remembered, and we have reached a point in which it is impossible to mention Woodley's name without remembering his string of losses in the UFC and his pair of losses to Jake Paul. Especially given the brutal nature of knockout loss to Paul, these are sadly the memories of Woodley we will forever be left with.

One of the very best welterweights to ever compete in the sport of MMA, along with all he accomplished, will unfortunately be overshadowed by a lifeless losing streak at the end of his career, capped off by a vicious knockout loss to a Youtuber.

At this time, it is unclear what the future might hold for the aging Tyron Woodley.

Is his legacy permanently damaged? Yes, I'm afraid it is.