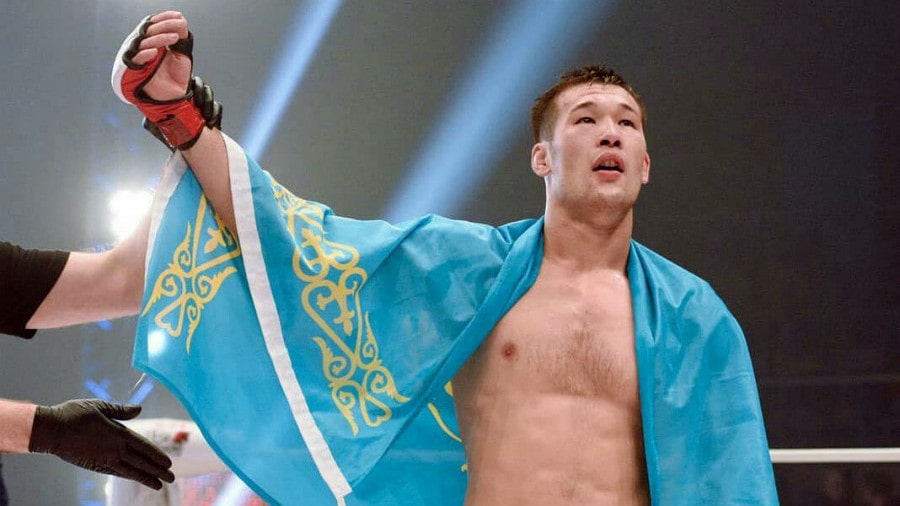 Having just entered the new year, there are several promising prospects set to make a big splash in the MMA world between now and the end of 2022. When considering fighters ranked outside the top 15 in the UFC's welterweight division, a surging prospect from Kazakhstan would appear to be the most promising of them all.

Meet Shavkat 'Nomad' Rakhmonov (14-0 MMA, 2-0 UFC), a highly talented Kazakh fighter who is on track to find himself in the UFC rankings sooner rather than later. Rakhmonov is a Master of Sport in combat sambo and MMA, a pair of credentials which provide him with an extremely well rounded set of skills. His game involves using elite grappling prowess, quick punching combinations, and a wide variety of devastating knees and flashy kicks to dominate his opponents before finishing them via knockout or submission. Rakhmonov's remarkable array of skills has allowed him to put together and undefeated professional record of 14-0 with a 100% finish rate, including 7 knockouts and 7 submissions, with 8 victories coming inside the first round.

The former M-1 Global Welterweight Champion, Rakhmonov has already established himself as a formidable threat to the UFC's top 15 through his first two octagon performances. He made his debut against violent UFC veteran Alex Oliveira at UFC 254, submitting him via guillotine choke in the first round. Most recently, Rakhmonov dominated and submitted Michel Prazeres in the second round at a UFC Fight Night event this past summer. Virtually untouchable through his first 14 professional bouts, this 27 year old prospect is in desperate need of a step up in competition.

With new faces at 170lbs like Khamzat Chimaev grabbing most of the MMA world's attention, it is easy to understand how someone of Rakhmonov's caliber is getting overlooked instead of receiving the hype he rightfully deserves. Assuming he can remain active, expect big things from this guy in 2022.