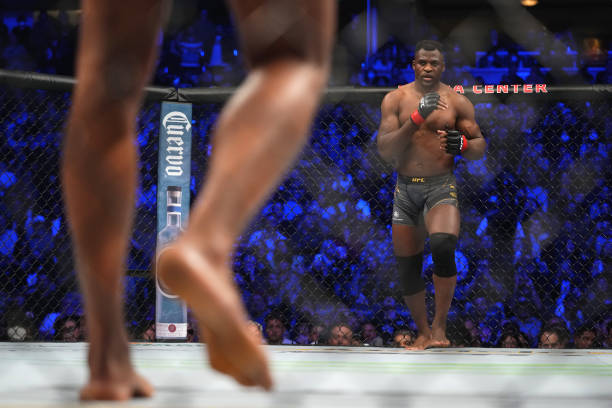 The first UFC pay-per-view of 2022 is over. Despite being riddled with cancelled fights and late replacements, there were many exciting moments and standout performances. But which of the 22 fighters on the card made the biggest leaps up the ladder, and who's starting back at the first rung? 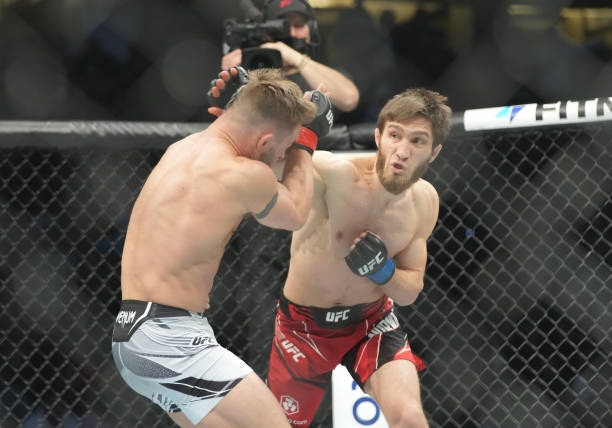 Fifteen months out of the cage seemed to have no effect on Said Nurmagomedov, winning in the first round against Cody Stamann. The Russian showcased his striking skills with a clean 3 strike combination and a spinning back kick. After only 46 seconds, he secured an arm triangle during Stamann's takedown attempt. No damage taken. Fight over. Clinical. Nurmagomedov, no relation to Khabib, won $50k for his efforts. Speaking after the fight, he asked for a quick turnaround and a ranked opponent. Marlon Vera or Sean O'Malley specifically. "I want to fight before Ramadan," he said at the post-fight press conference. Top ten ‘Chito’ Vera may be out of reach before April, but an exciting striker vs striker matchup against O’Malley doesn’t seem impossible. 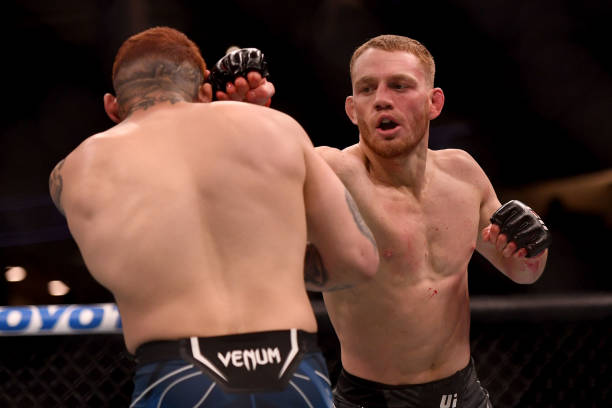 "Contender Series" graduate Jack Della Maddalena impressed in his official UFC debut against late replacement Pete Rodriguez. Della Maddalena, out of Australia, continued to showcase the counter-punching style that earned him his contract four months ago. Della Maddalena comfortably switched stances and controlled the range throughout. He bloodied Rodriguez' face with constant jabs. The fight was over in just 3 minutes when a hard left-hand pull-counter caught Rodriguez off balance. Jack Della Maddalena is only 25 years old, and is now on an 11-fight win streak. His next fight will likely be a rescheduling of his original UFC 270 opponent; Warlley Alves. Alves, an "Ultimate Fighter" champion, is 7-5 over eight years in the UFC. Regardless of who's next; Della Maddalena is definitely one to watch. 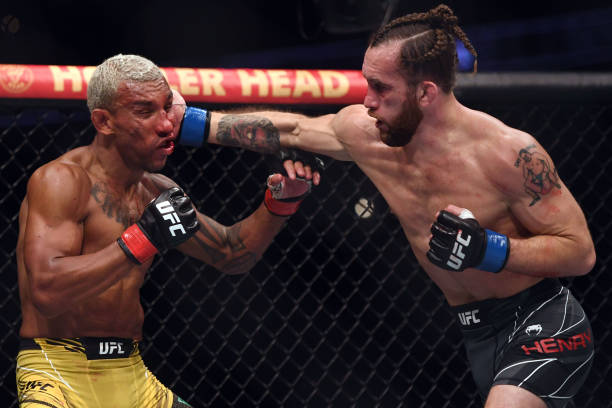 Another debutant, 27-fight veteran Victor Henry came in as the biggest underdog on the card. And with only 1 defeat in his previous 9 fights, it’s hard to imagine why. Both Henry and his opponent Raoni Barcelos are grapplers by trade, but the fight largely remained on the feet. In the first round, Barcelos got the better of the exchanges and had a successful takedown attempt. Henry was likely a round down going into the second despite landing a few big shots. Somehow, the already fast pace increased. Henry made use of single strikes, landing more than he didn’t. He kept his head moving and took a fraction of the punches he did in the round before. Henry continued pushing his exhausting pace into round three. There was barely a pause between strikes for the whole five minutes. Barcelos struggled as a fresh-looking Henry backed him up. 3 left-hands landing in the closing minute wasn't enough to claw the round back for Barcelos. Clear decision victory for Victor Henry. "As soon as I’m done crushing this pizza," Henry said of when he wants to return, "give me another call and I’ll be in there." Bantamweight is one of the most populated divisions in the UFC. There is a wealth of possible opposition for Henry, including fellow UFC 270 winner Said Nurmagomedov. A Dagestani striker with a strong grappling ability against an American catch-wrestler with a fantastic aptitude for standup? Yes, please. 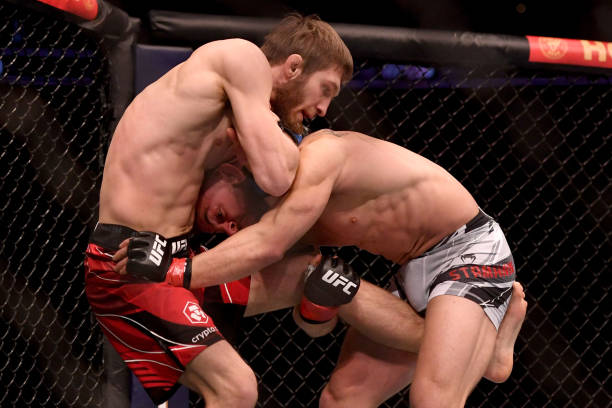 Losing inside a minute doesn’t reflect well on anyone. Without landing a single strike, Stamann was choked out during his own takedown attempt. Stamann hasn’t found his feet since joining the UFC in 2017.  He has seen a decision in all but two of his UFC contests, on the receiving end of a submission both times. Floating between 135 and 145 pounds, he has failed to capture the excitement of fans in his ten bouts. Now with three losses in a row, Stamann may be released from the promotion. And if not, his next fight will likely be a final opportunity to impress. 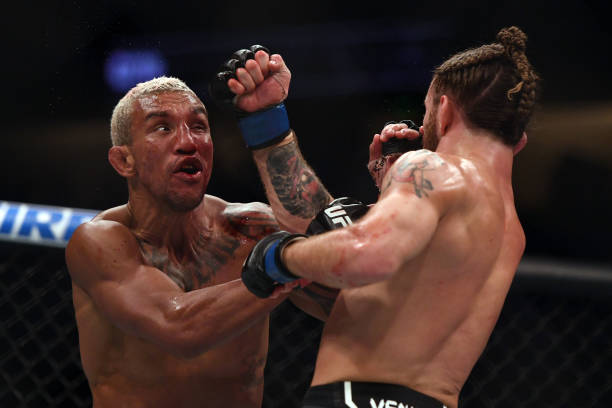 Raoni Barcelos looked to have the edge over Victor Henry in the first round. However, the pace increased and Barcelos couldn’t keep up. Whilst not a complete domination, Henry was clearly the better fighter on the night.

Raoni Barcelos has now lost his last two fights by decision. Fairly close decisions, though. He scored multiple knockdowns in his last fight against Timur Valiev and didn’t look out of his depth in this fight either. But after winning his first five contests in the UFC, losing two on the bounce is sure to stall his progress. Barcelos had expectations of a top ten opponent after he defeated Khalid Taha in 2020; he has work to do to get back there. It’s definitely hasty to call Barcelos a write-off already; but fighters have lost their spot on the roster for less than 3 close defeats in a row before–he needs a win next time. 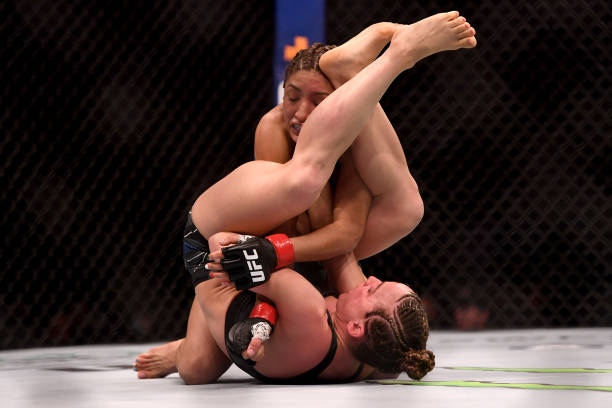 Silvana Gòmez Juárez sat Vanessa Demopoulos down with an overhand right just a minute into their fight. Jumping on to ground and pound, Demopoulos got hold of her opponent's arm and locked her legs in front of Gómez Juárez' face. Half way into the round, Demopoulos got the tap and the fight was over. Disappointing for Silvana Gómez Juárez; who looked the better of the two before being caught. Gómez Juárez' future in the UFC looks uncertain. She hasn't won in her two fights so far; her other loss also coming by first round submission. Gómez Juárez started strong in both losses which may be enough to get her one more chance in the biggest MMA promotion in the world.