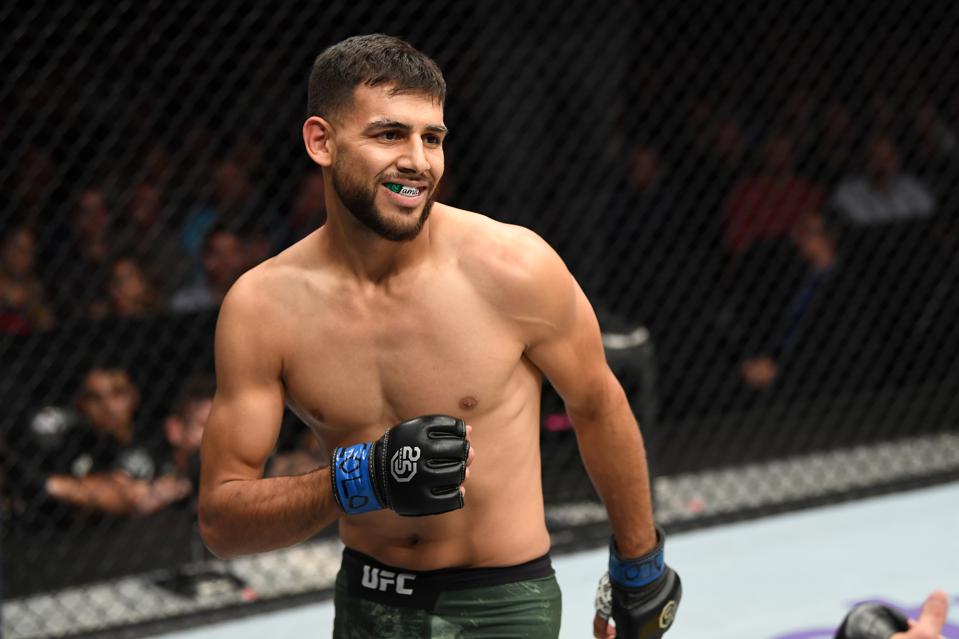 Yair Rodriguez will be in Las Vegas Saturday night. Specifically, he'll be inside the Octagon at the UFC Apex to face Max Holloway. That much is certain.

What's unclear to many is where Rodriguez has been for the last two years. It was as if the UFC's number three ranked featherweight fell off the planet. And it's not the first time that "El Pantera" has gone missing from his cage.

After a TKO loss to Frankie Edgar at UFC 211 in May 2017, the Mexican-born fighter sat out the rest of the year. Rodriguez would later state that he had trouble dealing with the pressure of being touted as the sport's next big thing.

After an injury kept him from UFC 228, Rodriguez returned in November 2018 as a replacement fighter for Edgar against Chan Sung Jung at UFC Fight Night. He defeated "The Korean Zombie" in a thrilling encounter that earned him $100,000 in bonuses (Fight of the Night, Performance of the Night).

But the last time the MMA world would see Rodriguez was in the fall of 2019, after a pair of go-rounds with Jeremy Stephens.

Their first contest ended in a no-contest after an accidental eye poke disabled Stephens 15 seconds into the bout. The two ran it back the following month in October, where Rodriguez notched a victory by unanimous decision.

And then, poof, he was gone.

First, Rodriguez pulled out of a fight with Zabit Magomedsharipov at UFC Fight Night 175 with an ankle injury. Next, Rodriguez became a hard man to find. Literally.

Having failed to notify USADA and the UFC of his whereabouts on three occasions, Rodriguez was suspended for six months. After serving his suspension, Rodriguez was set to make his return against Holloway in July, but the fight was called off after the former featherweight champ suffered an injury.

Barring any unforeseen setbacks, Rodriguez resumes his career in a showdown that has title implications as a win over "Blessed" would give Rodriguez a strong case as to why he should be next to face 145-pound king Alexander Volkanovski.

If so, hopefully, Rodriguez will be around to make it happen.