I’m scanning ahead in my calendar and see we’ve got quite a lot of Asia-focused MMA on the horizon, so I figured it might make sense to do a brief preview post reminding everyone about what’s coming down the pike. Get out your pencils or apps or whatever and take note.

First up is the biggest lil’ doggy in the litter and not actually MMA: FIRST STRIKE. ONE Championship’s all-striking show on October 15th at 8:30PM in Singapore (roughly 12 hours from when I post this) has all the kickboxing freaks on Twitter salivating. The epic show has actually shrunk somewhat and lost its impressive undercard due to renewed COVID regulations. I’ll link the informative SCMP post where I got the info; basically ONE is going back to doing partially pre-taped shows, so they are forced to break the big cards up. Follow Nick Atkin for the good ONE dope. 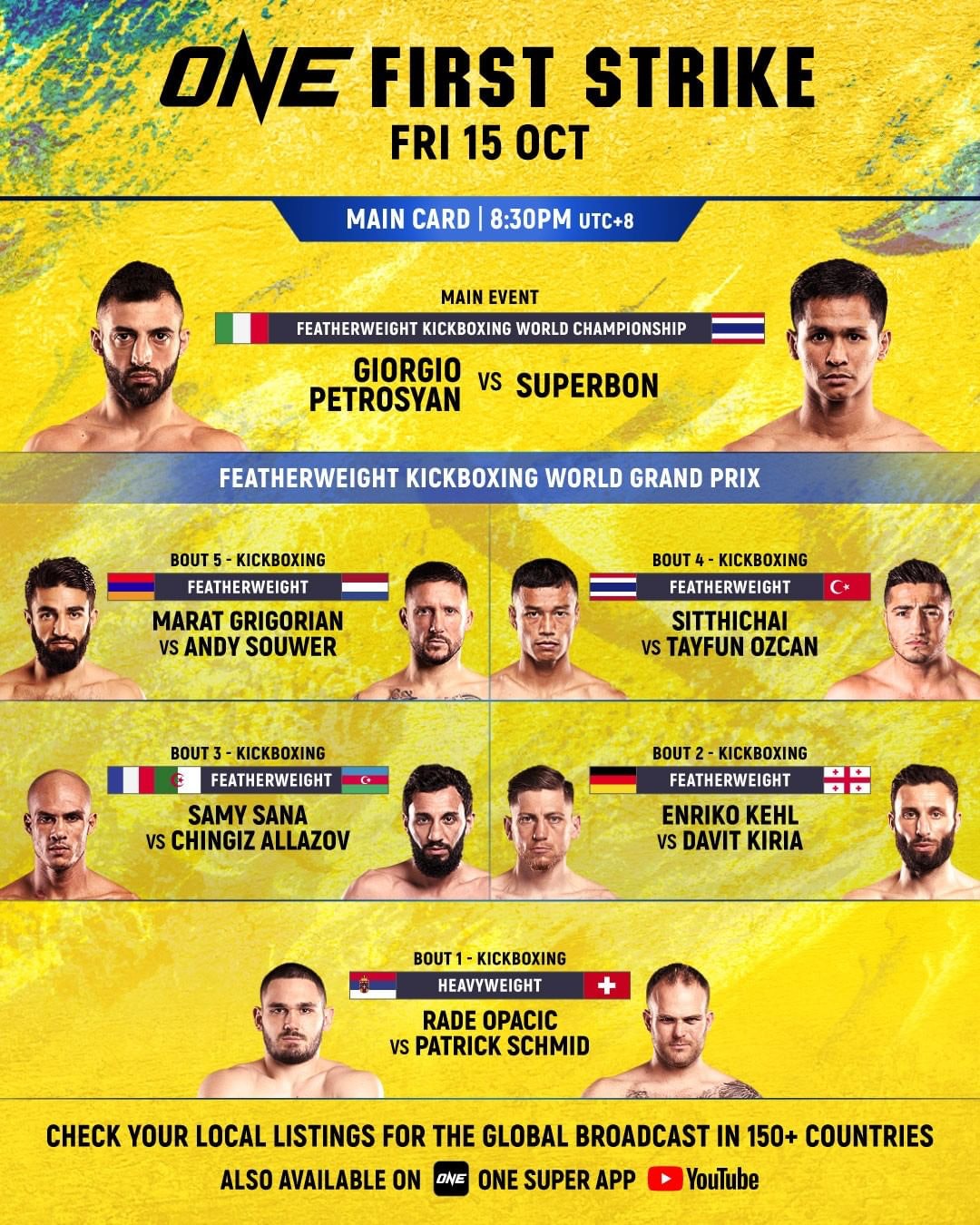 The following week on the afternoon of Sunday October 24th in Japan (Saturday night in the USA), we have RIZIN 31. It honestly looks a bit more like a mid-tier regional MMA card than we prefer to see from RIZIN, but such is life amidst a pandemic that still significantly impacts travel to and from Japan and mostly precludes foreign fighters. Some highlights include child-murderer Nadaka Yoshinari (he’s a child who murders, he doesn’t murder children… I don’t think); ex-sumo Tsuyoshi Sudario; promotional darling Kanna Askura (who was really really good in her last fight even though she lost - I’ve never been impressed with her and I was seriously impressed); and the featherweight title main event between… who’s the champ again? Kleber Koike? Mikuru Asakura? (It’s a joke sucker, look at the poster.) 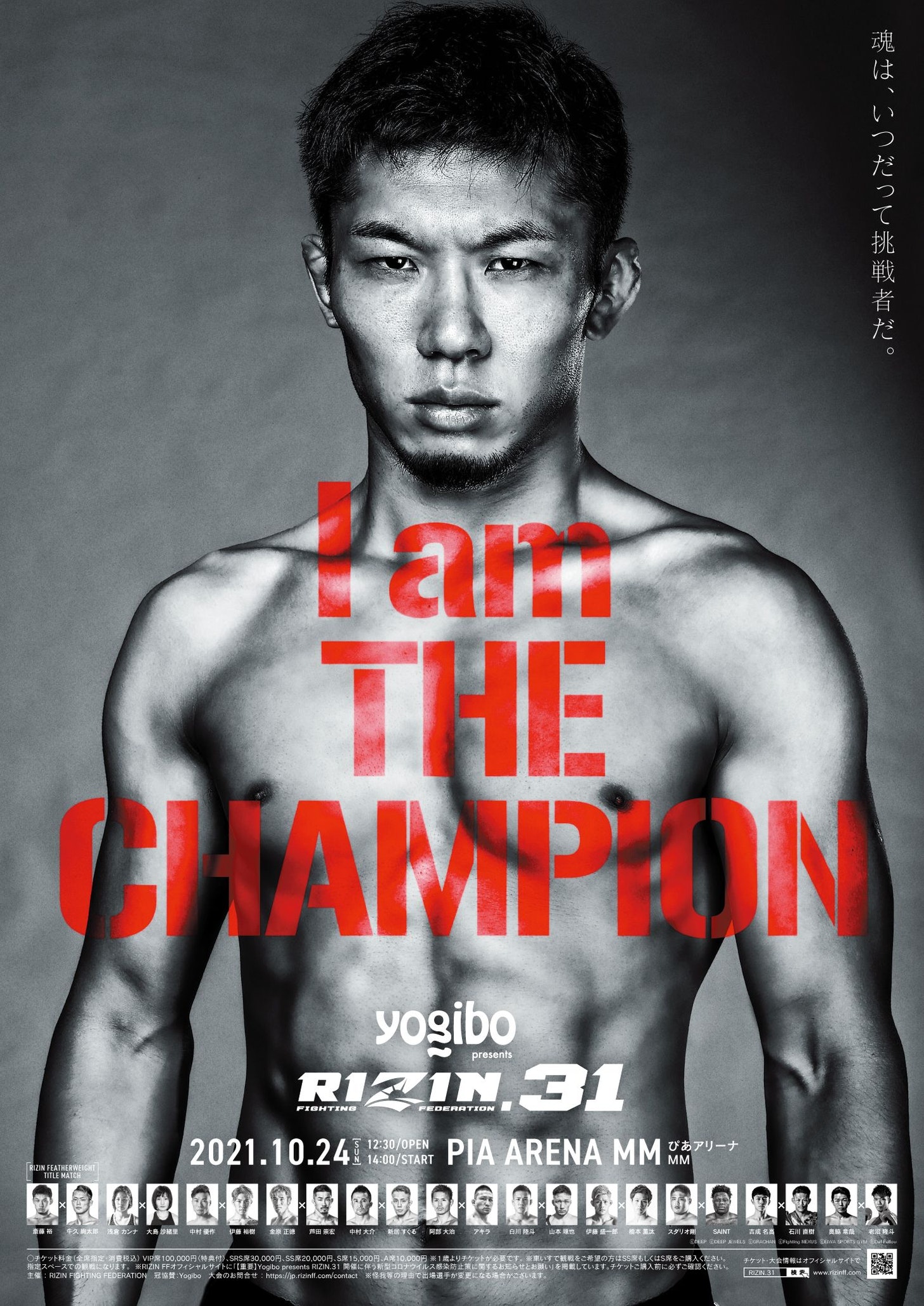 Oh fuck, now I realize that the Bellator show in Russia with Fedor is at 3AM in Japan the night before RIZIN. That’s gonna suck.

For the remainder of the post with the rest of the upcoming events including ONE Next Gen and Fight Circus 3, please visit Fight Pizza.