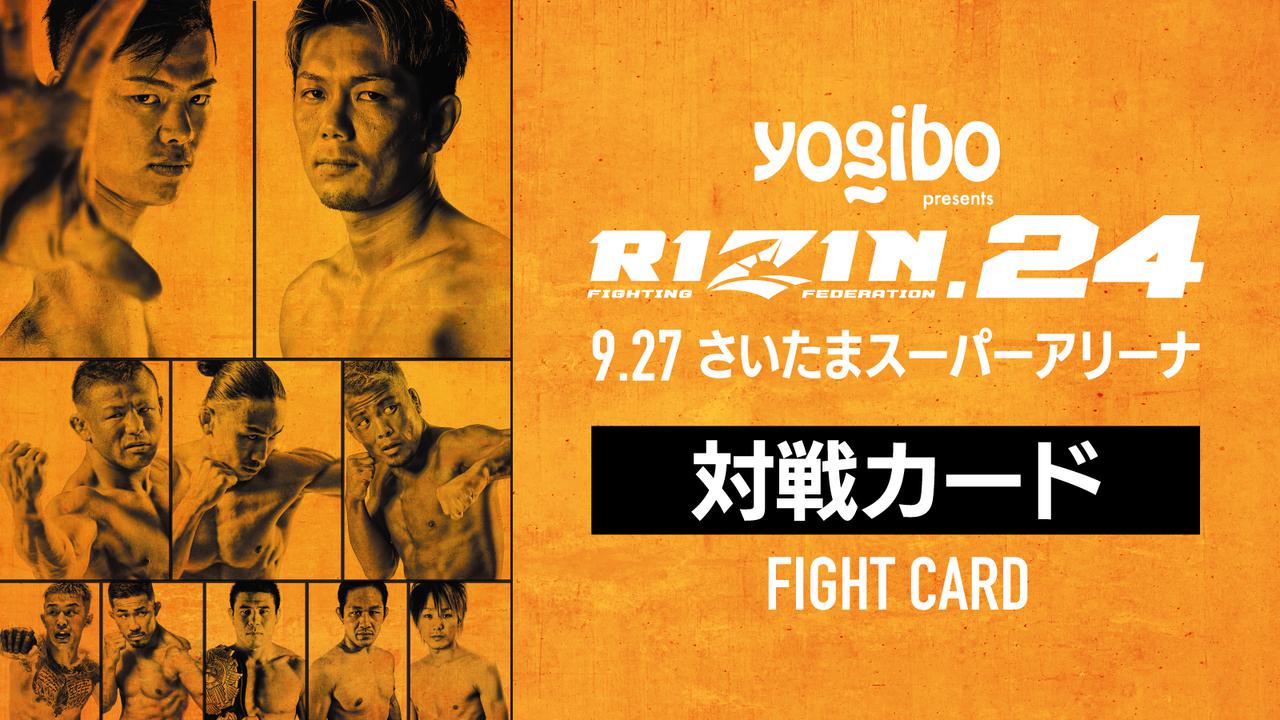 As usual, for the full unedited deal with pics and vids, visit the original post on FP.

RIZIN 24 is coming this Sunday at 1530 JST, so basically in the middle of Saturday night, early hours of Sunday morning in North America. Before last week’s announcement of RENA vs. Emi Tomimatsu and golden child Kai Asakura vs. Clay Guida, um, I mean, Shoji Maruyama, I was prepared to say the RIZIN 24 card was shit, but now I’ll just say it’s mostly shit. It’s your call if you’re going to lose sleep over it, but perhaps this preview will help decide.

I’ve gotten some pushback for this "mostly shit" sentiment: "Clay Guida and Diego Sanchez was a banger bro!" It was indeed a banger, in 2009. So in fairness here’s an eight-year-old banger with Shoji and perpetual teenager Doo Ho Choi. Enjoy. Shoji is 5-3 in Grachan and DEEP in the eight years since that fight.

Shoji may well provide a fun action fight and a highlight reel KO for Kai, but he got those just as easily against legit competition like Ulka Sasaki and Hiromasa Ougikubo, so really I don’t know why we’re bothering. Or indeed Kai could lose in a total fluke in this non-title fight (much the way Kyoji lost to him) and fuck up all RIZIN’s plans, but without the benefit of a brand new golden boy and exciting rematch with international appeal.

It’s clear both of these newly added fights with young stars against fighters pushing 40 were CEO Nobuyuki Sakakibara frantically searching for recognizable names to attach to his nationally televised card. The fights may not be particularly sporting or offer competitive excellence - which is fine in combat sports - but the problem is there’s not much serious high-level competition on the rest of the card either. Cro-Cop murdering fools in the Co-Main is fine, but you’ve kind of got to have a real Main Event.

I mostly just feel sorry for Kai as he went from watching Juan Archuleta become the new Bellator Champ and engaging in some hopeful (and reciprocated) call-outs*, to doing the boss a bullshit favor on ten-days notice. As for the rest… whelp, it’s got Tenshin against the ever-popular Kouzi in a fight he’s expected to dominate. It’s also got my favorite sad sack RIZIN fighter, Yusuke Yachi, in a make-or-break moment against an overmatched Juri Ohara, so we can likely expect him to fuck something up. Yusuke of course is fresh off getting steamrolled by Roberto Satoshi Souza.

It’s got Satoru "Crazy Eyes" Kitaoka, who was supposed to have retired from the big leagues after the beatings he’s been taking, scarily so in his last RIZIN appearance. It’s got Yuki Kawana, a PFL vet, against Koji Takeda, who according to Tapology has beaten Juri Ohara (Yachi’s opponent) three times out of his ten wins. Takeda’s also got a win over Kitaoka. Things get a little incestuous in a pandemic!

On a positive note, I am pretty excited about two fighters on the card, but both guys are prelim-prospect level at best: Kyohei Hagiwara, he of the wild rolling thunders at RIZIN 22, and Sudario Tsuyoshi AKA former sumo rikishi Takanofuji.

Tsuyoshi was a wrestler of some promise who was booted out of professional sumo for bullying (he beat up his juniors in the heya - sumo dorm thing). He never made it to the top ranks, but he got pretty close. I get him and his twin brother (who is still in sumo) confused, but I’ve definitely watched them compete and even picked one brother for my sumo fantasy squad one time - not a good pick as I recall - yes, fantasy sumo is a real thing. After his scandal and dismissal, when I heard he was training MMA I was excited to see what a young athletic sumo guy could do in professional fighting. I thought he might be given more time to learn some skills, but they’re sticking him with professional wrestler Dylan James (who seems to have his own sordid past) and it will be both of their MMA debuts. Tsuyoshi is also working with Enson Inoue, who posts lots of dog balls on Twitter along with being a JMMA OG, so I’m sure it will be a fine slap fight and a nice tribute to old school PRIDE.

…Well that’s pretty much all I’ve got. I’ve not gone through every fight and I’m not going to. Supposedly they’ll add one or two more, but I can promise you it’s not Kyoji or Mikuru. The recent additions of RENA and Kai may have improved RIZIN 24 somewhat, but it’s not like those promise to be particularly interesting fights. Likely neither will the main event. Some fights lower down may be more competitive, but without much glitter. As as sumo fan I’m looking forward to Tsuyoshi, but I can pretty much guarantee slop. Perhaps it will be as wonderfully terrible as Bob Sapp vs Osunaarashi, another former rikishi, but that’s asking way too much.

I’m not trying to unduly shit on RIZIN here, but they have a knack for squandering my goodwill lately. (All MMA orgs are very good at squandering pandemic goodwill - ONE’s recent "live" shows for example.) RIZIN raised a boatload of money in donations to get RIZIN 22 and 23 going. Not sold a product like a proper business, or took out a government-subsidized pandemic loan, but people just gave them money to exist like they were feeding starving children. Newsflash dudes: MMA is not UNICEF. Despite this windfall, they raised all of their prices: PPV, tickets, etc. and have still not solved all the problems with overseas access or VOD or any of that shit.

I was so stoked to see RIZIN come back, but really, what’s the plan guys? Is this all you’ve got? I am fully aware of the pandemic, but I see UFC, Bellator, and ONE putting decent stuff out there. Even in Japan, there’s a lot happening. The same day as RIZIN 24, Pancrase will have a free show on youtube with full English commentary by knowledgeable guys. That’s called reaching out to an audience. And let’s be real, the drop in quality will not be all that incredibly steep.

Believe me, I hear you out there: "But it’s RIZIN! Kai and Tenshin and RENA!" (I literally just looked on Twitter and pretty much saw exactly that.) You guys must have more disposable income than I do. It may be an okay card, but it’s certainly a tough sell for me at fifty bucks on RIZIN live. I definitely wouldn’t pony up if I lived in the Western Hemisphere and had to stay up all night to watch without benefit of VOD and replays. I’d save those dollars and watch it a couple days later on youtube or Fite TV or wherever it winds up (both of those sites had free and legal ways to view RIZIN 22 and 23 just a few days after the event). If it’s the same set-up as last time and the early half of the event is free, those are the only fights with any doubt as to the winner anyway. I say if you feel like throwing RIZIN some money, buy a t-shirt or a hat. Oh yeah, I forgot, RIZIN doesn’t sell any official merch outside of Japan. They would have to make an international paypal account or something. すみませんごめんなさい！！

How/Are you going to watch RIZIN 24? Am I being an unreasonably crabby dickhead? Let me know. Full event and viewing information on RIZIN live.

*Even before the Archuletta vs Mix fight ended, I knew I really really want to see Juan vs Kai.

They’ve added Kintaro vs. Kenta Takizawa to the card, which is definitely a solid MMA fight. In other news, apparently Kouzi is pissed that FUJI TV won’t be airing the fights in the Kansai area and instead will air the Hanshin Tigers game, which sucks for Osaka fans (that’s where Kouzi is from).