UFC has "lined their pockets with our blood," said former heavyweight Mark Hunt in 2016.

In 2020, the UFC is still lining their pockets with fighters' blood. UFC president Dana White, a leasing-monger with the scruples of a Bronx sewer rat, has achieved a net worth of $500 million upon the blood, sweat and tears of professional fighters.

Throughout his leadership, White has consistently abused his fighters, resisted unionization attempts, and insulted anyone who dares challenge his authority. The natural question is how does White get away with such behavior?

Further, the UFC’s market share has been estimated to be as high as 90% and its profit margins are the highest in professional sports.

So why don't fighters organize against this abuse? Because the UFC "encourages a climate of fear where other people on the roster are going to be fearful of publicly organizing and standing up for their rights," said featherweight Leslie Smith. Fighters are prohibited from leaving for rival leagues and have short career spans, which makes it critical to maximize earnings as fast as possible. If fighters speak out, the UFC brazenly retaliates by offering less money or releasing fighters entirely.

The Olympics as a model

In past years, we've seen several attempts to compete with the UFC including Bellator, ONE Championship and the Professional Fighters League. However, these attempts typically mimic the UFC's approach of pitting individual fighters against each other and have experienced little success.

We believe it's time for a different approach: one that transforms MMA from an individual sport to a team sport. Here's the context:

In the Olympic Games, world-class teams of athletes compete against rivals in over 40 categories including gymnastics, ice skating and basketball. As a reference point, over 50% of the world's population watched part of the 2016 Rio de Janeiro games. Even less-popular events such as curling can draw millions of viewers.

Why are the Olympics so popular? Reasons include national pride and the nature of a quadrennial event which builds anticipation across the globe. The entire world watches the Olympics at the same time, which creates a uniquely communal experience.

"Glory belongs to the act of being constant to something greater than yourself, to a cause, to your principles, to the people on whom you rely and whom rely on you." " – John McCain

Viewers need memorable events they can look forward to every year. This helps to build social routines such as Super Bowl and World Series watch parties.


Expanding the market for MMA

To compete with the UFC, we have to build a better fan experience than the UFC. One that expands the audience and revenue from MMA.

Here's an analogy: when Uber was founded in 2009, the global taxi market was $14.7 billion. By 2030, the taxi market will reach $70 billion but the ride-sharing market will reach an even higher $215 billion (source: Goldman Sachs). Uber -- along with Lyft, Gojek and others -- created a better experience for customers, which expanded the market far beyond its early levels.

Today, only 25% of Americans identify as MMA fans. To reach a mainstream audience, we need to increase awareness. One way is to leverage intercity, interstate and international rivalries.

For example, consider a league with teams of fighters competing against other teams from a city, state or country. Imagine MMA versions of classic sports rivalries such as Los Angeles vs. San Francisco, California vs. New York, or Argentina vs. Brazil.

On second thought, Argentina vs. Brazil may not be close, at least in MMA. Maybe Brazil vs. USA?

Unlike the UFC's divide-and-conquer tactics, a team approach would enable fighters from the same hometown to train together and build camaraderie. MMA team events could occur at the same time every year in order to build anticipation and excitement. Perhaps in the late summer to avoid competing for viewers with the MLB World Series or NFL season?

Would you watch a team of your city's best fighters take on another city? Maybe for the chance at a free t-shirt? 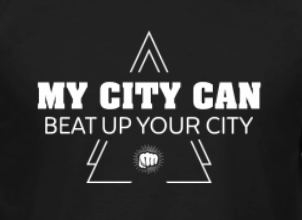 Today, the UFC prohibits fans from posting its content on social media (Facebook, Instagram and YouTube). This is shortsighted and a missed opportunity, but as a monopsony the UFC has little incentive to innovate the fan experience.

In contrast, the NBA permits fans to post its content on social media. This allows fans to create, share and enjoy highlights, which fuels viral sharing and re-sharing in an organic way. As one example, the Instagram fan page House of Highlights has 17.5 million followers.

Like the NBA, MMA team events should leverage its fighters' popularity and capitalize on its diverse personalities (hello Tony Ferguson!) by sharing key moments in their lives, both in and out of the cage.

We could also innovate by leveraging wearable and other technologies (interactive contests, live chatstreams and multiple camera POV angles), to engage with fans and expand the market even further. The possibilities are truly endless.

If we can build a better experience than the UFC, we can create more awareness, reach more fans and generate more revenue. This would decrease the UFC's market power and create better financial, health and other outcomes for fighters.

So who could spearhead a new league with MMA teams? Perhaps someone who's not a fan of Dana White. In light of White's less-than-amiable personality and muck-spout tendencies, finding the right person shouldn't be difficult.

Now where did I leave Oscar de la Hoya's number? 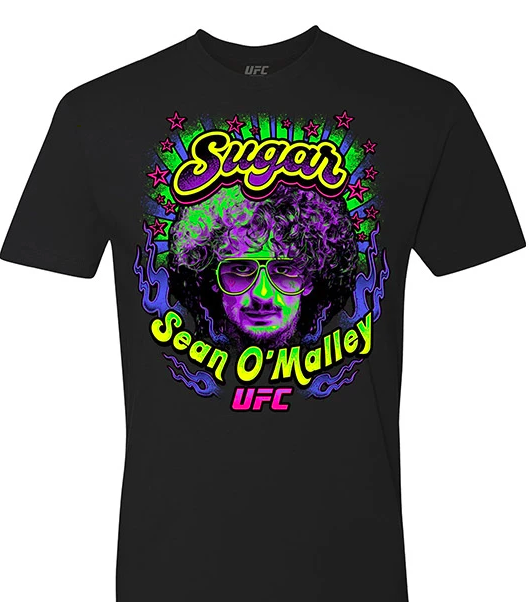