This Day in MMA History: Watch a 24-year-old Conor McGregor score a KO in his UFC debut

7 years ago today, the biggest star in MMA history made his UFC debut

Share All sharing options for: This Day in MMA History: Watch a 24-year-old Conor McGregor score a KO in his UFC debut

For today’s look back into MMA history we are focusing on the UFC debut of one Conor Anthony McGregor. It was seven years ago today when McGregor, fighting on the Facebook prelims (remember those?) on the UFC on Fuel TV 9 card.

Heading into his first bout under the UFC banner, McGregor was on an eight-fight winning streak. In the two contests immediately before he signed with the promotion, McGregor captured titles in the featherweight and lightweight divisions under the Cage Warriors banner.

All About Conor McGregor

A darling of Irish MMA fans, McGregor was 12-2 when he came to the attention of UFC president Dana White. In February 2013, White was in Ireland to receive an award from Trinity College. During his visit, White couldn’t avoid McGregor’s name.

In 2015, White recalled his visit to Ireland.

“Once they started negotiating with him and we were close to getting a deal signed, I flew him out here to Las Vegas, and we went to dinner. Afterward, I called Lorenzo (Fertitta) up, and I said, ‘Lorenzo, I don’t know if this kid can fight, but if he can fight just a little bit, this kid is going to be huge.’”

White, who might have, let’s say misremembered the story (the UFC signed McGregor about a week earlier than White received the accolade from Trinity College), didn’t know how correct he would be, but let’s not jump too far ahead in McGregor’s journey.

On weigh-in day for the UFC on Fuel TV 9 card, McGregor wore a huge grin when he stepped onto the scale. After his official weight was recorded, the young fighter, looked out into the crowd and briefly soaked in the atmosphere before he stepped off the scale and waited for Brimage to join him for the obligatory staredown. During the face off, McGregor eased his way into Brimage’s personal space and began jawing at his opponent. Brimage answered McGregor with a shove.

During McGregor’s walkout, UFC commentator Kenny Florian said, “We’re going to find out if he’s the real deal. Again, UFC is a completely different level and Conor says he’s ready for it. He wants the belt at featherweight, he wants the belt at lightweight as well.” Florian’s comment brought a brief chuckle from fellow commentator Mike Goldberg.

If the 24-year-old McGregor felt uncomfortable in his UFC debut, he didn’t show it during the brief time he spent inside the octagon with the 29-year-old Brimage. McGregor was the picture of calm confidence as he used effective counters against his opponent’s aggressive striking. When he hurt Brimage with a few uppercuts, McGregor remained composed, he didn’t sloppily rush in for the finish. Instead, he calmly wrapped things up with strikes 67 seconds into the featherweight bout.

As the replay of McGregor’s first UFC finish aired, Florian noted, “This kid’s the real deal.”

During the inside the octagon interview, a smile grew across McGregor’s face as Florian spoke about McGregor’s resume. When Florian finished, the victorious Irishman called for a fight-night bonus, which later came his way for “Knockout of the Night.” 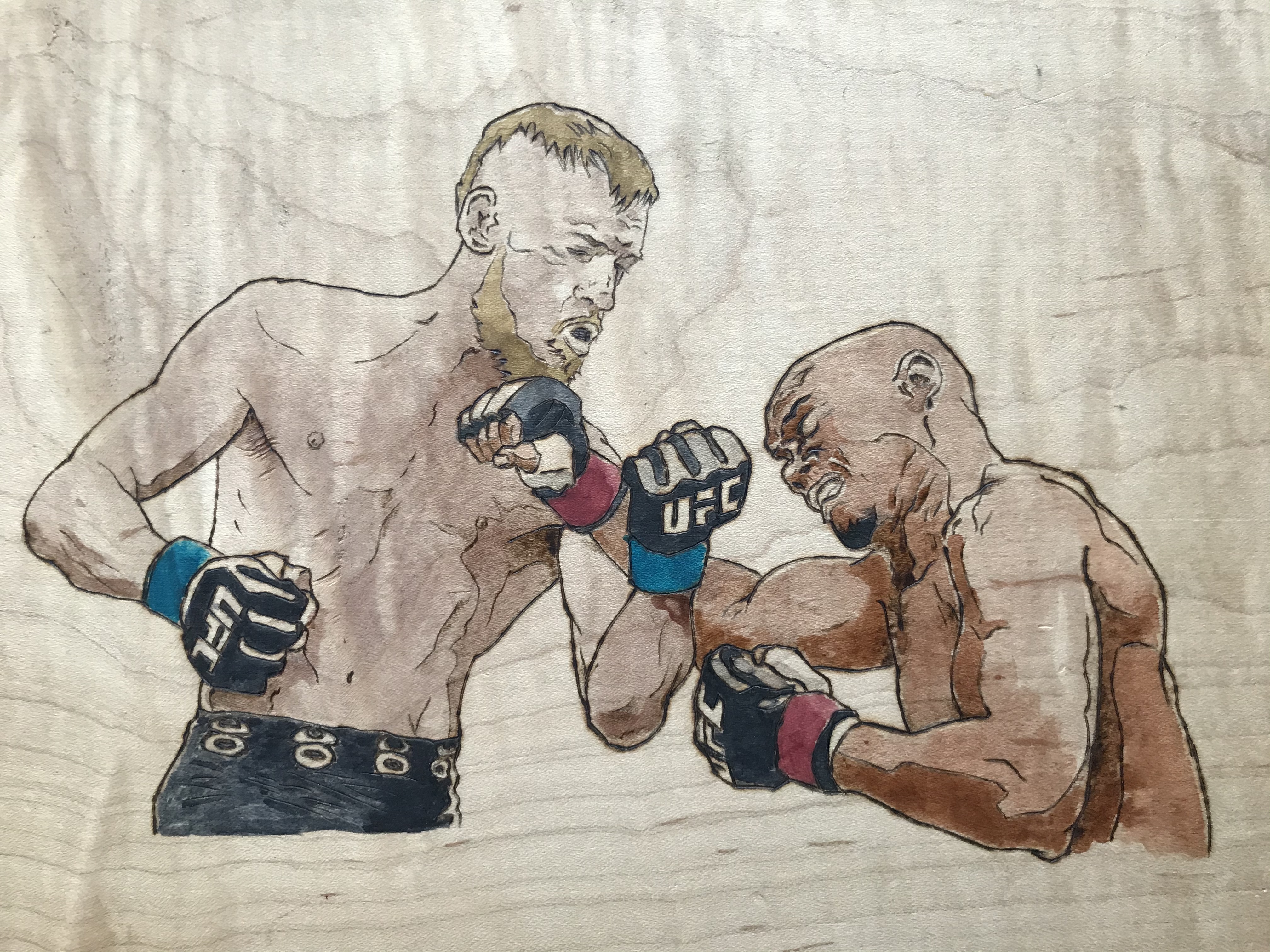 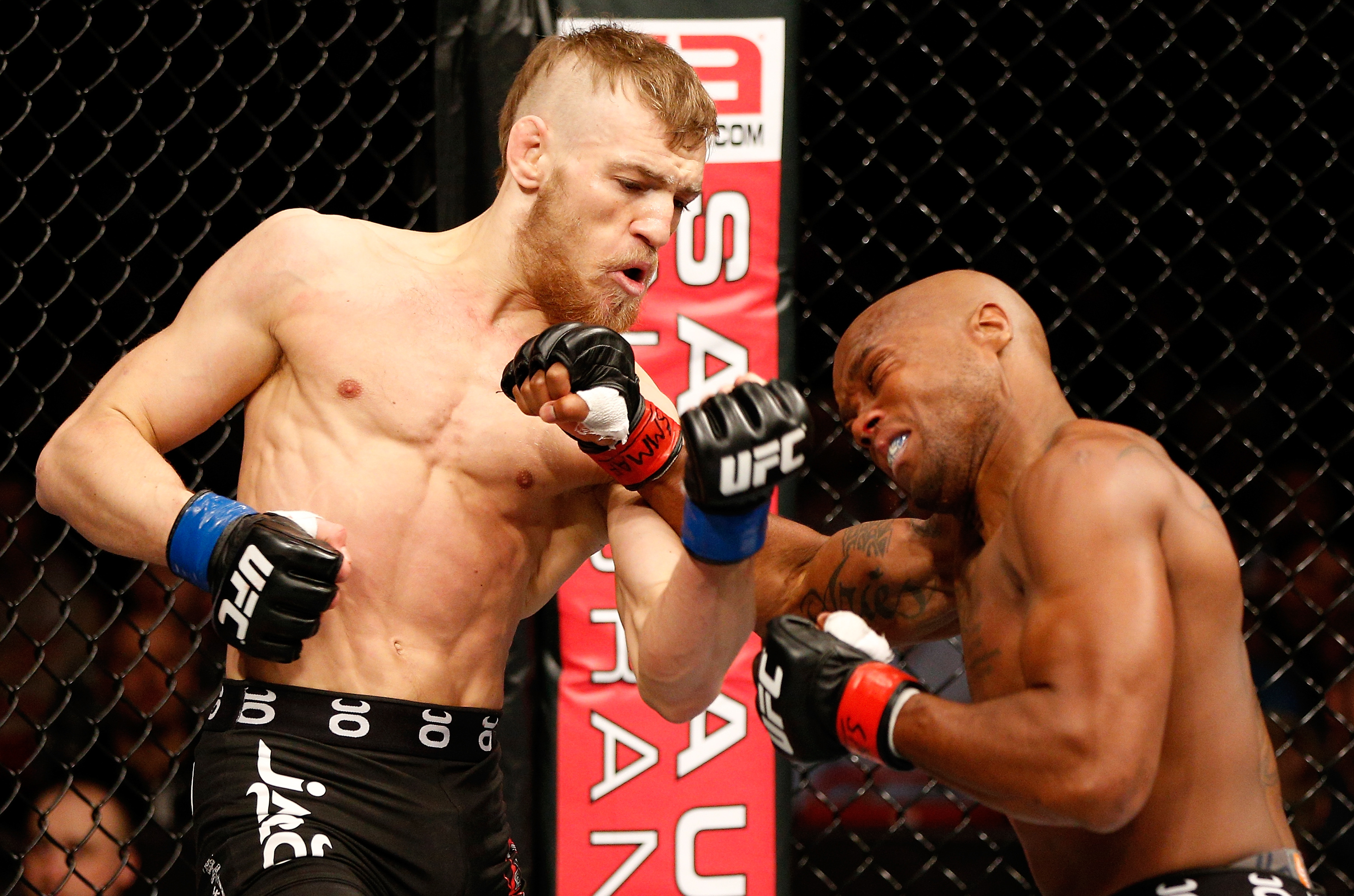 At the post-fight press conference, White couldn’t have been happier with McGregor’s performance.

“It’s his first fight ever in the UFC, he walked out tonight and got into the octagon like it was his 100th fight in the UFC,” said White. “From the minute the bell started, he was nice and relaxed (and) moved around. And even after he gets the knockout, it’s like he’s been here before and done it a 100 times. (The) kid is totally relaxed. He’s a beast. I’m impressed. He dresses well. Handsome kid. Seems pretty smart.”

As impressive as McGregor’s win might have been, he shined even more at the post-fight press conference.

Asked how he felt about his first UFC fight, McGregor said it felt like just another contest, but one thing that captured his attention was the $60,000 in bonus money he claimed.

“To be honest, I don’t know what’s going on here,” said McGregor. “I’m just hearing $60,000. I’m just thinking what I’m going to spend it on. I’m going to buy myself a nice car and maybe some custom-made suits. I don’t know.

“Just last week I was collecting the social welfare. I was saying to them, ‘I don’t know what’s going to happen. I’m signed to the UFC’, but now I’m going to have to tell them to f*** off.”

“It’s up there,” McGregor said when asked about where the victory over Brimage would rank among his career accomplishments. “It’s the UFC debut. It’s the best one so far, obviously. I’m making money here. I didn’t have money before this. Like I said, I was collecting 188 euro a week on the social welfare and now here I am, with 60 Gs and then my own pay. I don’t know what the f*** is going on to be honest. This is the biggest one, all right.”

Please watch the post-fight press conference for UFC on Fuel TV 9, it’s a good reminder of how McGregor has changed. He seemed, not shy or uncomfortable, but awestruck by the proceedings. Yes, McGregor’s confidence was there, but his smile and his genuine reactions during the post-fight gathering showed a naivety that was refreshing to see.

Since his debut, McGregor lived up to White’s expectations that he would be a huge star. McGregor also did exactly what he said he would do before his UFC debt. In 2016, he knocked out Eddie Alvarez to become the first fighter in UFC history to hold two titles at the same time in two different weight divisions. McGregor is now 22-4. His most recent fight wa a 40-second TKO win over Donald Cerrone in January.

McGregor’s run to the top of the MMA world hasn’t been without its missteps. He’s had several run-ins with law enforcement. His most recent issue, punching a man in a Dublin pub, was resolved with a guilty plea for assault. McGregor is also, according to the New York Times, the subject of two sexual assault investigations in Ireland.

Brimage had a 6-1 record before he faced McGregor. His most recent outing took place in 2016 when he lost a decision to Leonardo Morales at Viva Nicaragua Canal 13. The loss was Brimage’s fourth straight setback and dropped his record to 7-7.

This Day in MMA History: Videos, Analysis and more