It remains highly doubtful that Khabib Nurmagomedov will be fighting on our screens live any time soon. After some conflicting statements on his own eligibility to fight Tony Ferguson this month — amid a global deadly pandemic that will likely define the rest of our lives.

Stream all the fights broadcast LIVE — don’t miss a single second of face-punching action! Plus, you get access to the best of the UFC Archives & more!
GET THE FIGHTS!

So, now’s as good a time as ever to watch his fights from the past. In this edition of Fight Archive, we are traveling back to January 20th, 2012 when the future UFC lightweight champion stepped into the Octagon for the very first time.

His opponent that night, at UFC on FX: Guillard vs. Miller in Nashville, TN, was well-traveled WEC veteran Kamal Shalorus, aka The Prince of Persia.

Watch the entire fight between Nurmagomedov and Shalorus below:

Nurmagomedov came into his fight with Shalorus with a perfect 16-0 record. However, despite the gaudy win-loss ratio, there were questions over his level of competition; all his fights happened in the Ukraine and Russia with just two coming in a promotion with any name value to western MMA watchers (M-1).

Shalorus, who is 11 years older than Nurmagomedov, brought a less impressive looking 7-0-2 record into the fight. However, his wins included victories over well regarded names like Dave Jansen and Bart Palaszewski. One of his draws came against former WEC champ Jamie Varner and that would have been a win had Shalorus not been docked points for groin strikes.

So on paper this was an intriguing match-up with many pundits expecting a close battle. Those pundits would be wrong.

In the opening minute of the first, Shalorus looked the more lively and composed — seemingly unfazed by the big stage (this was his second UFC bout). He hopped around and forced Nurmagomedov onto the back foot. But, the Dagestani was just biding his time. When Shalorus rushed in with an errant combo, Nurmagomedov ducked down for a takedown. Shalorus was polished enough to stuff that attempt, but as both men raised up, Nurmagomedov caught his opponent flush with an uppercut. Shalorus fell back and Nurmagomedov swarmed looking for the finish.

Shalorus had the toughness and savvy to stay alive, though. He also had Mario Yamasaki watching over the action. He gutted out a minute of ground and pound and made it to his feet with a minute left. Nurmagomedov smelled blood, though. He chased Shalorus round the cage, spamming uppercuts. The knockout escaped him, though, as the round ended.

In the second round Nurmagomedov displayed his dogged wrestling style that would later define him as an elite UFC talent. Shalorus was again smart on the ground and was able to get the fight back to the feet. But that didn’t last long. Nurmagomdeov succeeded on a long range single leg takedown against the fence. From there, he fought off a guillotine attempt, dropped hammerfists, and forced Shalorus to roll over. When Shalorus turned, Nurmagomedov locked in the fight winning choke.

Round 3 -Kamal is chasing again, he’s not cutting off the cage by using angles, he’s just following and not landing anything. Kamal with a single leg attempt and can’t get the takedown. They arm punch at each other. Kamal with an arm in guillotine attempt but Habib pops his head free and is on top here. Habib passes quickly and manages to lock in a rear naked choke and get the submission win. Habib Nurmagomedov wins by submission (rear naked choke), 3:08 round 3. 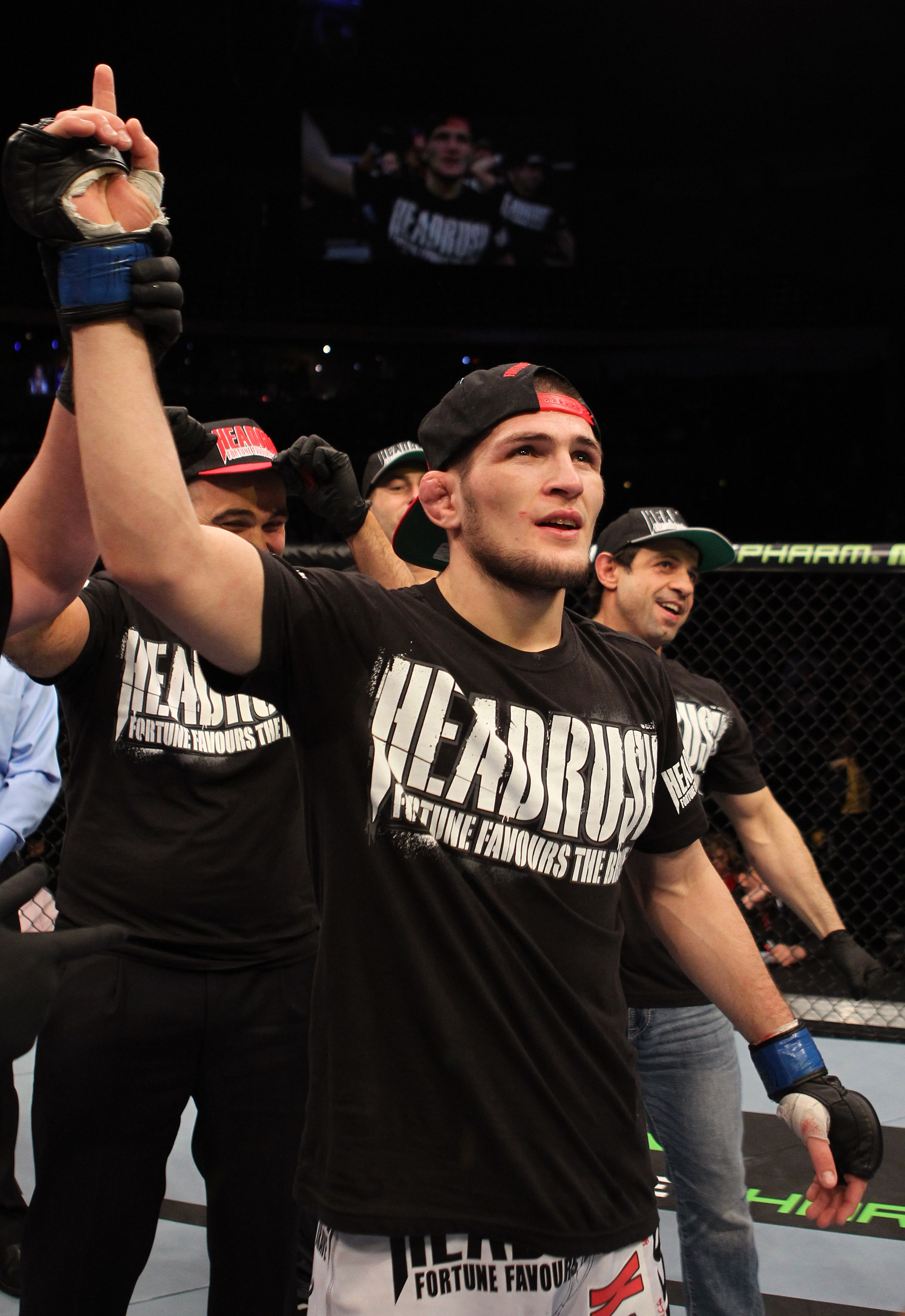 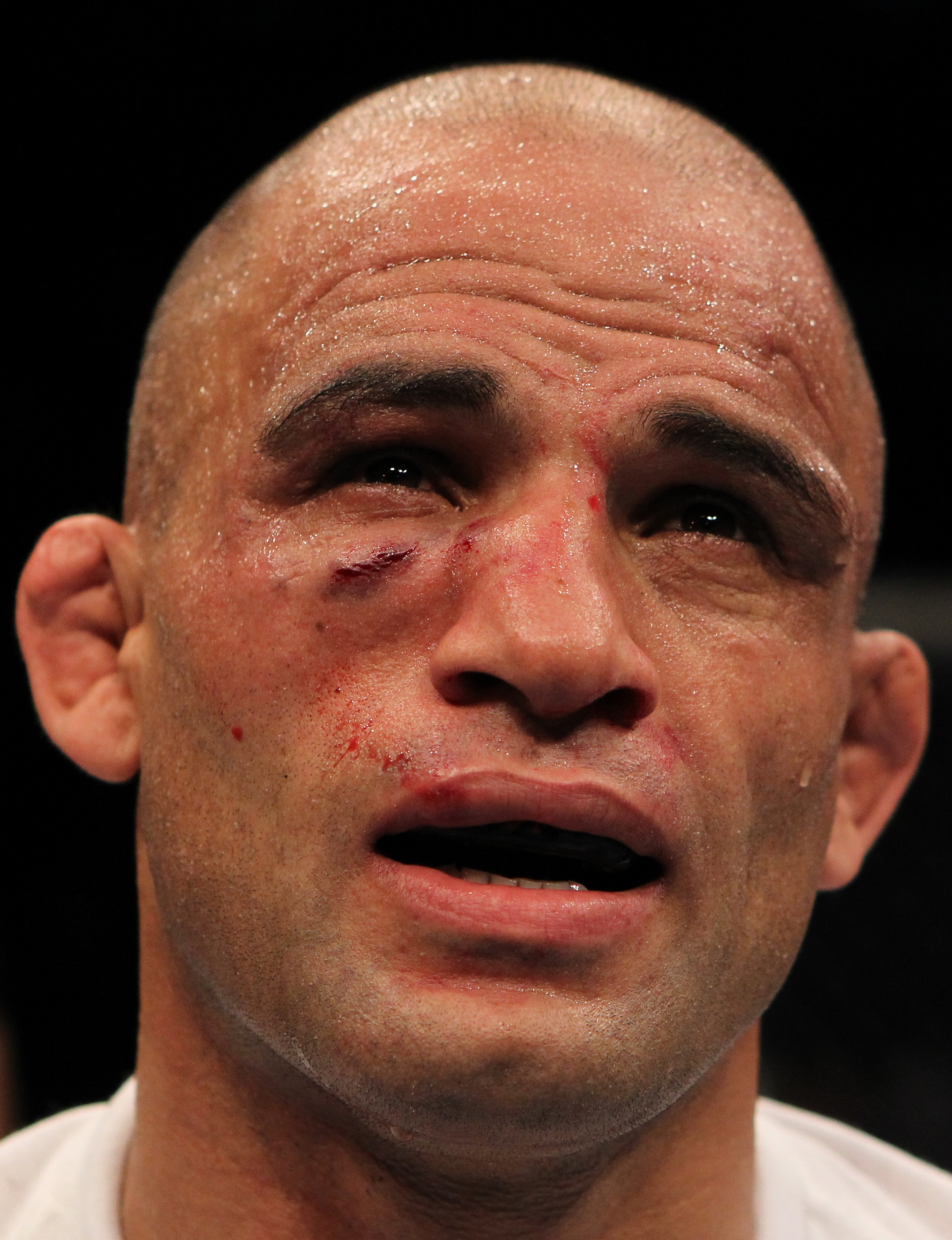 After this fight Shalorus then lost to Rafael dos Anjos, again by rear naked choke. He then left the the UFC with an 0-3 record in the promotion. His other loss was to Jim Miller.

After beating Shalorus Nurmagomedov bossed and bullied the division, crushing Gleison Tibau, Thiago Tavares and Abel Trujillo before facing higher ranked fighters like Michael Johnson and Edson Barboza. In 2018, he claimed the UFC’s lightweight title after dominating Conor McGregor in the main event of UFC 229. Last time out, he bested Dustin Poirier in the desert at UFC 242,

What happens next? We’ll have to wait — possibly a very long time — and see.

Fight Archives: Watch UFC and MMA stars of the past, present and future