Prize Fighting: A look at the inequality in boxing purses

A look at how purses are split amongst boxers using state athletic commission reported payouts.

Share All sharing options for: Prize Fighting: A look at the inequality in boxing purses

Money has always been an important part of boxing. So important in fact, that when Jack Broughton codified the first seven rules of the sport the fifth was dedicated to how the two contestants were to split the purse. There’s a reason it is also known as prize-fighting.

As important as money is to the boxers, and as much as fans seem interested in the subject, most reporting on that aspect has been solely focused on what the biggest names are making in the biggest bouts. Just as what the highest paid executive at a company make doesn’t tell us much about how the typical worker is doing, neither does knowing how big Canelo Alvarez or Anthony Joshua’s purse is tells us much about how much the typical journeymen, club boxer, or professional opponent is making. This article is an attempt to correct that.

(I will be posting a similar look at MMA purses soon.)

For this post I requested all the boxing payouts from bouts held between December 1, 2018 and May 31, 2019 from the following state athletic commissions: Arizona, California, Georgia, Massachusetts, New Mexico, Nevada, Ohio, Oregon, Virginia, Washington, and Wisconsin. They in turn supplied me with the purse info on every fight held in their states over that six-month period.

A small handful of the purses were either missing from the documents the commission sent me, or the handwriting was completely illegible. In the end, I had 1,225 usable payouts in total to work with, representing approximately 30% of the professional bout purses that were paid in the United States during this six-month timeframe. The amounts paid ranged from as low as $0 to as high as Saul “Canelo” Alvarez’s $35,000,000.

A few caveats concerning the purse amounts. I only used the amounts given by the athletic commissions. This means that even when a boxer is known to have a higher guarantee than what is officially filed by the state, as has been widely reported with Manny Pacquiao, Adrian Broner, Terrence Crawford, Vasyl Lomachenko, or Deontay Wilder, only the amount officially reported by a commission was used. The same holds true for foreign fighters who are know to receive the majority of their purses in their home country to lower their tax burden or for boxers receiving a share of their events pay-per-view revenue. Only the amount reported by the state athletic commission was used in our data, everything else was ignored.

At the opposite end of the spectrum, boxers that were paid on consignment or receiving a commission on tickets sold, we also only used the amount reported as guaranteed by the commissions. This means more than a few boxers were entered as having made nothing when it is very probable that they made something for their match. Again though, since this money is not guaranteed, and also in many ways involve a second job (that of ticket broker instead of boxer), it therefore makes sense not to include this in the data.

Also not included were other forms of compensation that were reported by some commissions and not by others. These include travel expenses, hotel costs, and per diems. Again we stuck to only the reported fight purses.

What this means is that for both the top and bottom decile the numbers do not accurately portray what those boxers make. For both of them the median and mean averages are likely substantially higher than what I report here.

After compiling all our boxing purses we find that the mean average is $67,948 but the median average is only $2,000.

So who are boxers that make up the top deciles? Well one strong indicator of a high purse seems to be matches involving a world title with major sanctioning organizations. There are currently four major sanctioning organizations: the International Boxing Federation, the World Boxing Association, the World Boxing Council, and the World Boxing Organization. These four held 26 world title fights in the 11 states used for this study during our six-month sample time. Amongst the 52 purses paid out to the participants of these title matches, the lowest reported purse was for only $5,000, while highest was Canelo and his $35 million. It should be noted though that the minimum purse was from the challenger in a light flyweight (108 pound) bout. The purses were noticeably higher for higher weight title matches.

There’s a huge gulf that exists between the top 1% and everyone else.

Another premium was placed on boxers fighting on televised main cards and on events promoted by major promoters. We identified televised main cards as the main card portion of events aired on DAZN, ESPN, ESPN+, FOX, FS1, Showtime, or a pay-per-view broadcast by one of those networks. Major promotions where those that promoted events aired by those major television networks. This included Top Rank, Golden Boy, Match Room, 360 Boxing, TGB and others. All promotions that did not air bouts on one of the previously mentioned networks were relegated to minor promotion status.

A previous article of mine looked at boxing pay only used the reported purses from three states: California, Nevada, and Florida (the last of which no longer releases boxing purses.) In that article I divided pay into four categories:

These numbers were somewhat arbitrary. The $10,000 for Upper income was chosen because it matched the UFC’s minimum “to show” purse and the Elite amount was based on a comment by Lorenzo Fertitta that the “average mid-tier UFC fighter... earns about $200,000 per fight.”

If we take our new payouts and separate them into these same groups we get the following breakdown:

22 percent of all purses are in the Low category.

58 percent of all purses belong to the Middle group.

17 percent of all purses are in the Upper group.

3 percent are in the Elite category.

This marks a decrease from the previous findings in the share of purses belonging to the Upper and Elite. This can easily be explained by the larger sample size. In my earlier examination of payouts the purses from major promoter events were simply overrepresented.

Even with the larger sample of state athletic commission reports, the number of purses from major promoter events is likely still heavily overrepresented. While just under 25% of all bouts in the United States from December 1, 2018 to May 31, 2019 were held on major promoter events, they represent 40% of the matches used in our study.

If we assume that major and minor promotion events outside my original 11 states have the same share of Low, Middle, Upper, and Elite purses, we can make an estimate of what the number of purses for each of those groups is in the United States.

The adjusted percent of purses from each group would be:

28 percent of all purse nationwide are in the Low group.

59 percent are in the Middle.

11 percent are in the Upper.

The median average remained at $2,000 even with the much higher share of minor promoter purses.

This analysis is far from complete but does demonstrate a couple things. Firstly, how few boxers are earning anything resembling a good purse, and secondly, how concentrated overall pay is with those very few top boxers. While it is probably common knowledge that most boxers do not make much in the sport, we hopefully now have a better idea how little that really is. 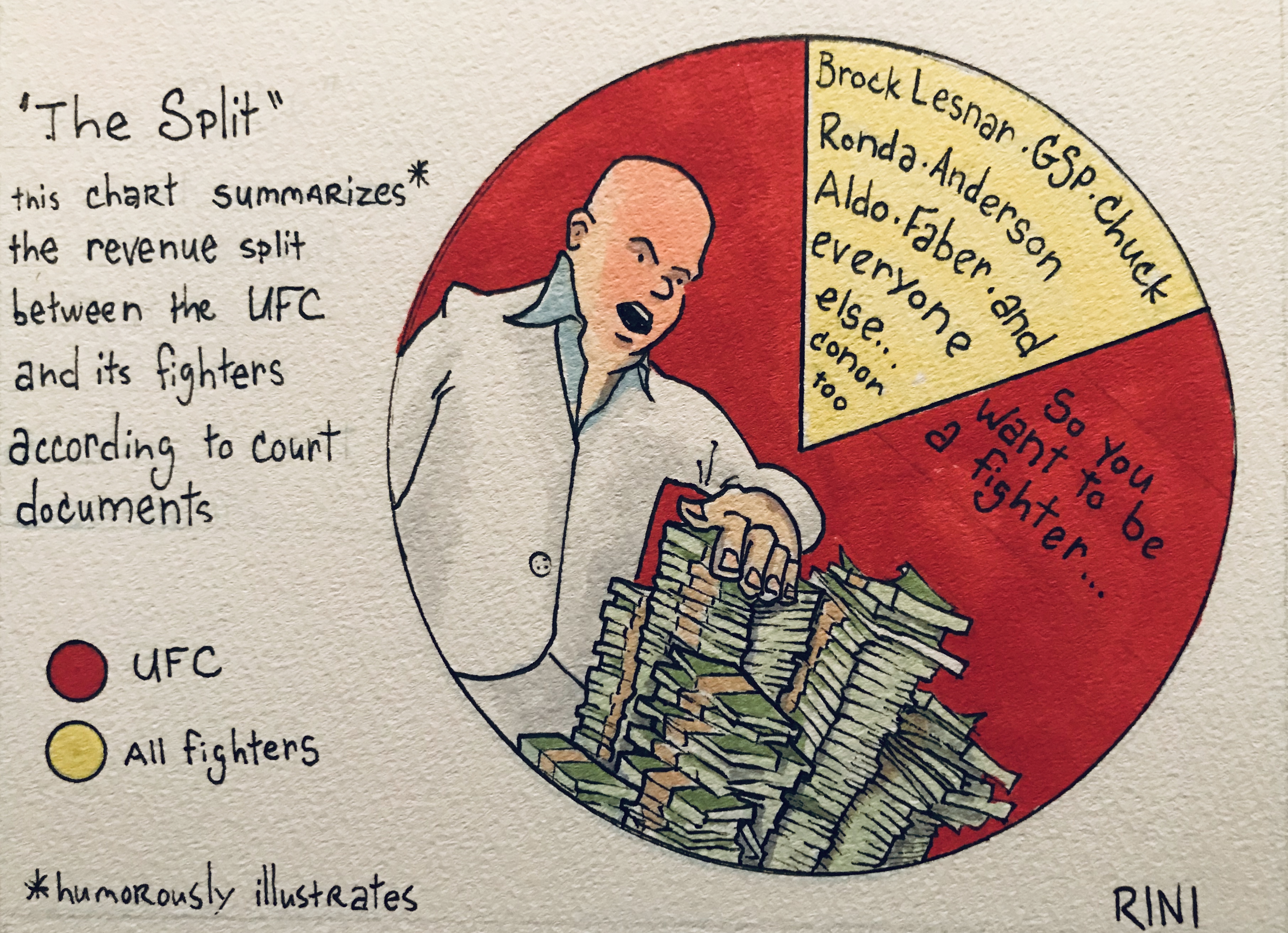 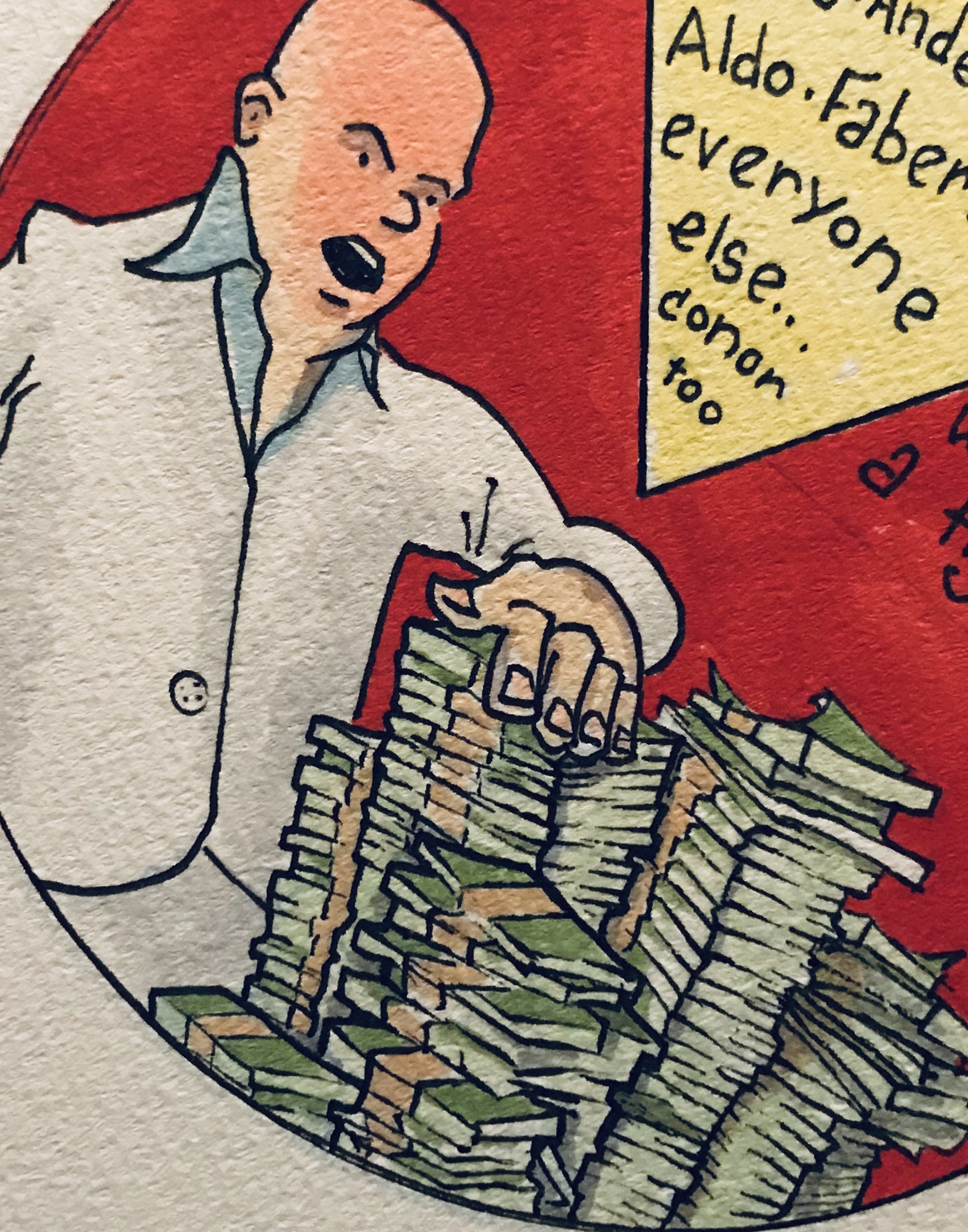