Get the scoop on the early contests for UFC 234, including fan favorite Lando Vannata looking to get back to his winning ways against a Brazilian newcomer.

So, it turns out there are going to be contests on Fight Pass. However, if UFC 234 is any indication, it’s only going to be the contests that nobody cares about from now on.

To be fair, UFC 234 is one of the worst PPV cards in recent memory. Perhaps even the worst. Perhaps the future of contests on Fight Pass aren’t as bleak as they currently appear. Is there anything worth tuning in for? Umm… perhaps Lando Vannata. But it isn’t like the UFC is giving him a competitive contest…

The UFC must really like Vannata. Mariano has no business being in the UFC, yet the brass signed him up to be fodder for Vannata. Should Vannata fall short in this contest, there will be no recourse other than to cut him loose.

Admittedly, I couldn’t find much footage on Mariano to give a brutally honest assessment. However, what I did find isn’t promising. His lanky frame leads one to believe he’s going to be a rangy out-fighter, but he’s too tentative for that. He isn’t bad in the clinch, but his lack of wrestling makes it a risky proposition letting opponents get too close to him. The most damning thing is his record as his only victory over an opponent with a winning record came against Ary Farias, sporting a 2-0 record at the time.

No one doubts Vannata’s talent, nor do they doubt his toughness. The Groovy one has yet to be in a boring fight with two draws on his UFC record. However, he also seriously lacks the fundamentals, such as a jab, to find success on the big stage, relying too heavily on flashy moves such spinning back fists and back kicks. Sure, he does connect with them from time to time – see his brutal KO of John Makdessi -- and he’s durable as hell, but it’s also been proven that he isn’t going to find success at the highest levels without the fundamentals to fill the spaces in between.

For all my qualms with Vannata, he should still win this easily. While I respect anyone willing to step into a cage to throwdown, I’m a bit angry at the UFC brass for serving up Mariano as a sacrificial lamb. It reflects poorly on Vannata too. It’s like a pro basketball team playing against a high school team in order to snap their losing streak. No matter how poor the pro team is, they should have little issue against the high school team. Vannata via TKO, RD1

Nobody was surprised when Turner came out on the losing end of his UFC debut. What was surprising was when UFC matchmakers pitted him against Vicente Luque in the first place. Many – myself included – didn’t feel he was ready to be fighting in the UFC, much less against an opponent who had won six of his last seven contests against far superior competition than Turner had ever faced. Basically, the UFC fed Turner to the wolves.

That doesn’t mean Turner doesn’t have potential. At 6’3” with a 77” reach, his size alone makes Turner an intriguing project. He’s showcased plenty of power with all his wins coming via first round stoppage, but it also opens up questions about his ability to go deep into a contest. He’s had to adjust fighting against larger opponents too as most of his career has been spent fighting at lightweight.

Fortunately for Turner, Potter is a natural lightweight who is only getting the fight after original opponent Alex Gorgees pulled out with an injury. While he wouldn’t have ever been signed to the UFC had the injury to Gorgees not occurred, Potter isn’t the worst fighter on the card…we already talked about that. In fact, his record is somewhat deceiving as he has gone 9-1 in his last ten with only one of his victories going to decision. However, while Potter’s wrestling has been enough for him to drag his opponent to the ground on the Aussie regional scene to get his vaunted submission game going, there appears to be major doubts it will work as effectively at this level.

There is no doubt Turner is the physically superior talent. However, he’s still prone enough to mental mistakes that I wouldn’t be surprised to see him get caught in a Potter submission. I’m still picking the youngster as the 34-year old Potter is showing signs of slowing down in addition to never having been a great athlete in the first place. Turner buys his UFC career some time. Turner via TKO, RD2

While I’ve never been high on the prospects of Buren finding success at this level, he did find a lot of success in his sophomore UFC effort against Marlon Vera. It was pressure behind a jab and kicks that moved Vera backwards, only for the Ecuadorian to wake up in the second round and down Buren in violent fashion. Nonetheless, Buren has already exceeded my expectations, advancing beyond the one-dimensional wrestler he appeared to be prior to his UFC debut.

Martinez looked like he had promise coming into the UFC on short notice this past November, though there were concerns about how well his style would translate against higher competition. It didn’t turn out very well as Andre Soukhamthath had his way with the Texas native. It turns out a heavy diet of kicks with barely a compliment of boxing doesn’t tend to find a lot of success. Even worse, Martinez tends to spend a lot of time on his back as he’s comfortable operating out of his guard…too comfortable most would say.

While I have very little excitement for either fighter, Buren appears to be making a greater effort to add to his game than Martinez. Sure, he’s only fought once in the UFC, but he had also fought just once in the preceding two years before his debut. To be fair, I don’t know the circumstances behind why Martinez wasn’t a busier fighter, but that doesn’t look very good on the surface. Buren wrestles his way to a win. Buren via decision 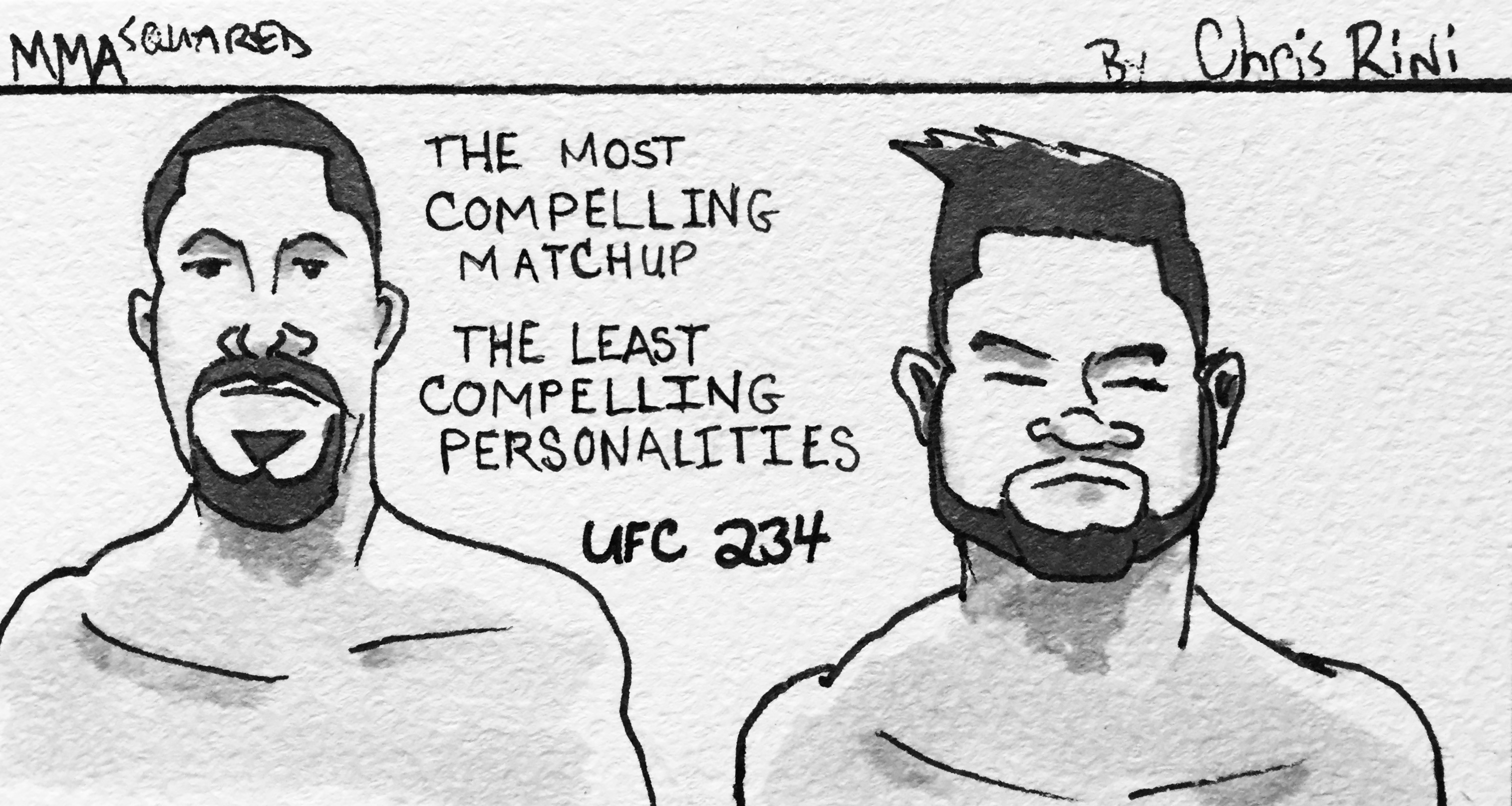 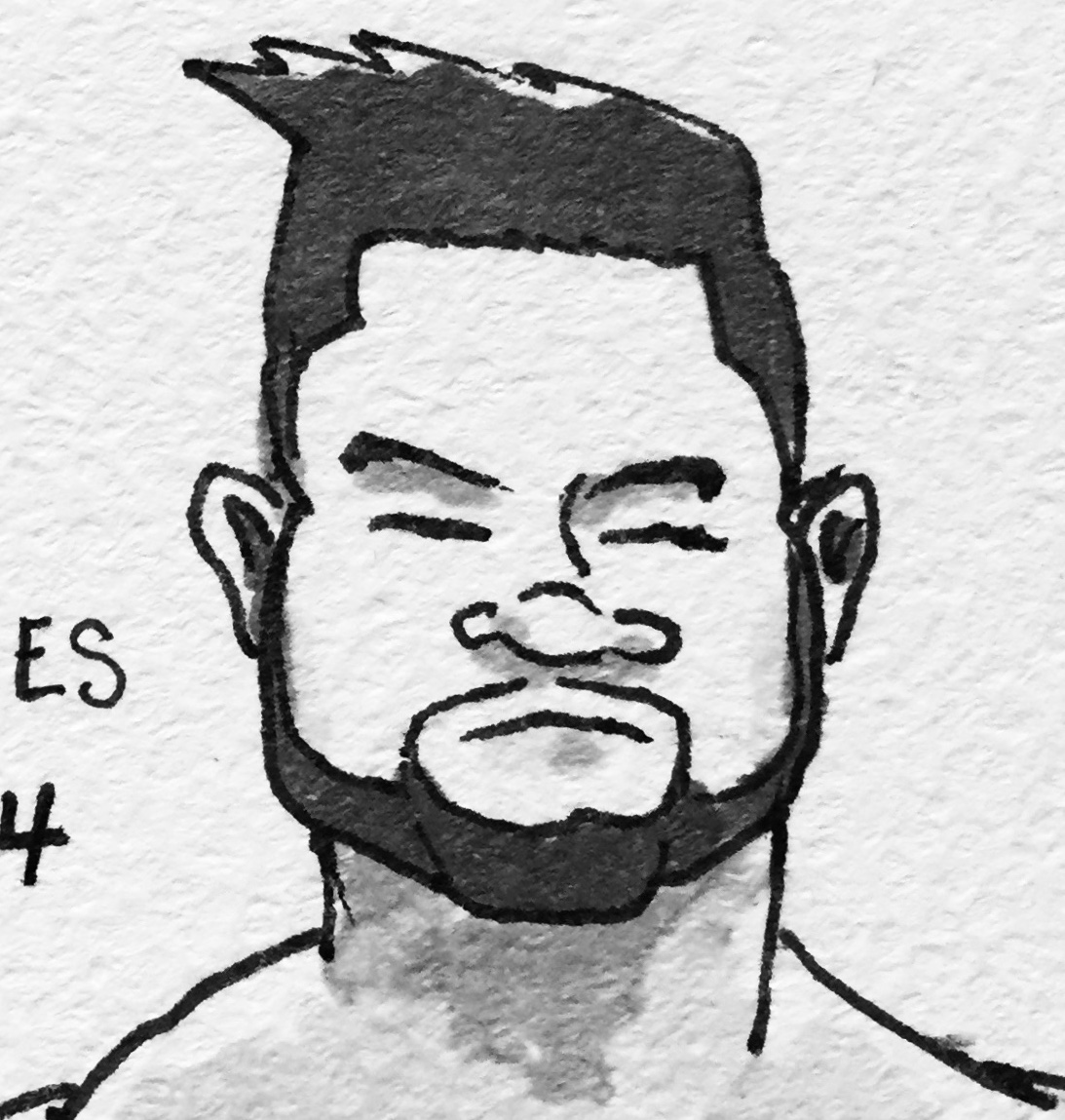