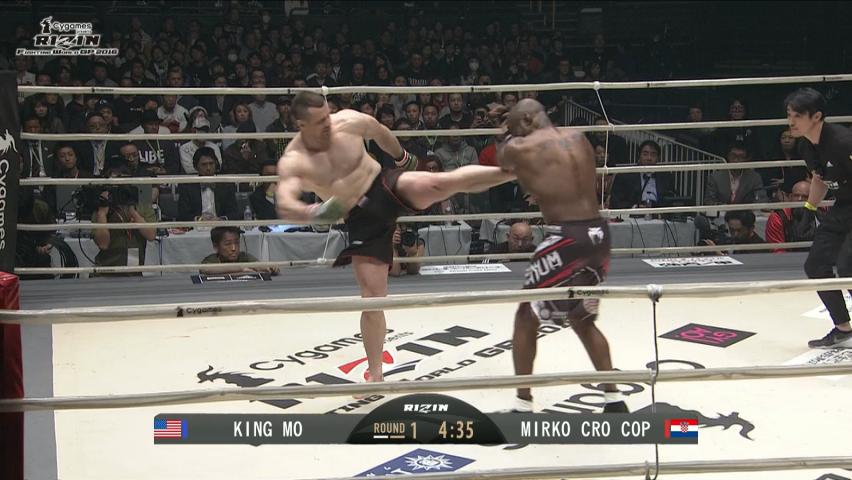 Let me just start by saying WAR CROCOP. Even though he didn't win via Cemetery kick, he did KTFO King Mo to win his way to the semi-finals. I'll be using the Genki-Scale for various fights and aspects (9.5 is the highest score possible, absent an appearance or choreography by actual master showman Genki Sudo).

For the uninitiated: So what's going on here? Background plz.

Following the conclusion of a 7 year non compete agreement related to Zuffa's purchase of PrideFC), former Pride promoter Sakakibara founded Rizin Fighting Federation. The Pride ruleset produced many of the most exciting MMA fights in history during its run. The inaugural Rizin shows were Dec 29th and 31st 2015. They hosted an 8 man Heavyweight 2 night Grand Prix tournament eventually won by Bellator's King Mo.

Since that time they held an event in April, and then in September where they launched another Grand Prix, this time a 4 round openweight one. Last night the final 8 fought out round two, and it was damned entertaining. We're going to look at that, and preview tomorrow night's conclusion (time zones so it starts 1am US eastern time, right as UFC 207 finishes.

Mirko CroCop defeated Muhammed Lawal in style and will now face 400lbs Estonian Sumo Master Baruto Kaito (3-0) who just squished Japanese veteran Tsuyoshi Kosaka via thousand knees bludgeoning. My feeling is CroCop will be chopping at his legs, as Baruto tries to initiate the clinch and knee thing he's fairly unstoppable at so far. The might not be a worse spot under Rizin rules than in a north-south with a 400 lbs guy who can and does throw lots of knees to the dome. Those aren't normal knees. His kneecaps are like human skulls. Like getting headbutted by a pair of Tito Ortiz's duct taped to hydrolic pistons.

Amir put the hurt to Heath Herring last night in round 1....but then he gassed. Round 2 he took some shots, and if the fight had been deemed a draw, and it had gone to round 3, most of us thought Heath would have won. Aliakbari got the decision W, and now he's slated to face FedorTeam's Moldavsky. This young badass Sambo player looked fantastic vs Szymon Bajor (16-7). He's very powerful and spry for a big dude, and the impacted Genki rating reflects only the fact that he should be a pretty decent favorite all things considered.

FedorTeam's other GP participant actually had the best showing of all the openweights last night vs Alison Vicente who looked dead for a bit afterwards. This man is terrifying. He Fedor'd Vicente from guard. If someone pulls out, it's just possible the eventual winner steps in (think DC in the Strikeforce tourney). FedorTeam is beginning to establish its self as a force in MMA. 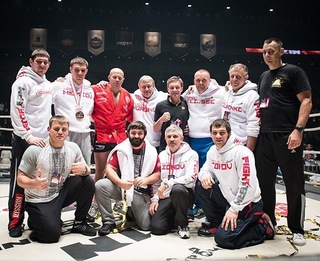 How do I watch?

Free HD stream, right here on the best damn karate magazine on the intertubes. Get in on the live thread, if you can take the hours. This runs from 10pm - 3:30AM California time. They are warriors, and we must be warriors - especially on the east coast.

Take the poll, vote and leave a comment. Who wins this thing and why?