Doo Ho Choi reflects on barn-burner with Cub Swanson: ‘I will not be defeated again’

‘The Korean Superboy’ says his loss to Cub Swanson at UFC 206 has made him more confident than ever.

Share All sharing options for: Doo Ho Choi reflects on barn-burner with Cub Swanson: ‘I will not be defeated again’

UFC 206 delivered a thrilling night of fights and a Fight of the Year candidate with Cub Swanson vs. Doo Ho Choi.

Choi, who headed into the bout riding a 13-fight win streak, faced his toughest test yet but was expected to walk away with the win. The Korean Superboy had finished all of his UFC bouts in the first round and breezed through the competition without taking any damage.

Choi stood in the pocket with Swanson for three rounds and sustained an inhuman amount of punishment. The 24-year-old prospect took Swanson’s best shots, surviving an onslaught of attacks on the feet, in the clinch and on the ground. 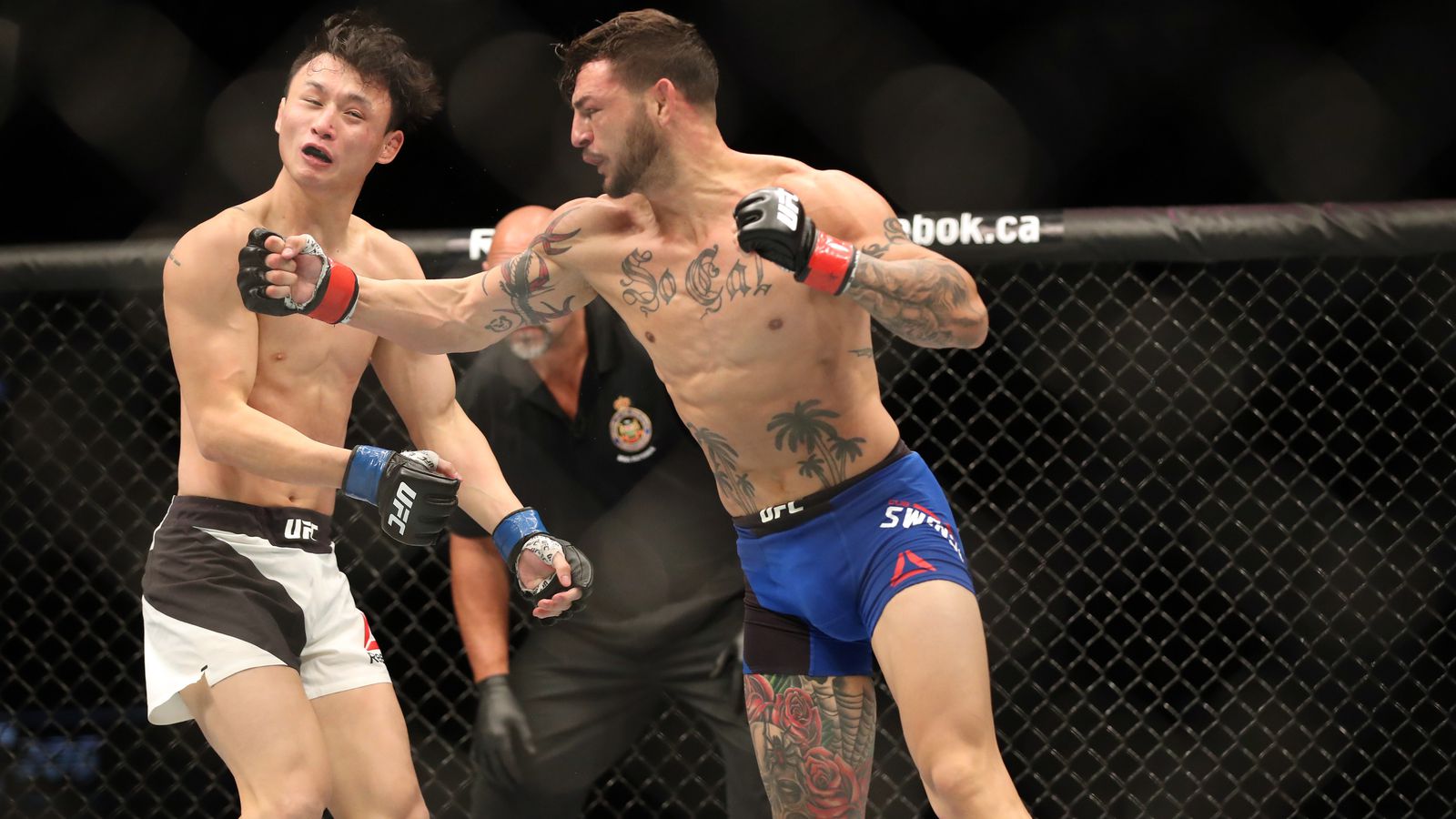 Swanson on Choi: ‘I don’t even try to hit a heavy bag that hard’

Cub Swanson speaks about his Fight of the Night performance against Doo-ho Choi at UFC 206 over the weekend.

Swanson, a veteran of 31 fights, rightly took the unanimous decision but Choi was applauded for his heart, chin and willingness to engage in a barn-burner brawl for 15 minutes.

He said in the post-fight interview that he would never lose again and he echoed those sentiments in a public Instagram post.

여태 제가 부족한 부분을 알곤있어도 마음에 확 와닿는 경험이 없었는데 이번 경기를 통해 깨달았습니다! 처음엔 스스로에게 실망했었는데 지금은 훨씬 더 강해질수 있겠다는 기대감과 자신감이 가득 차 있습니다! 이제 정말 안질수 있을것 같습니다 많은분들의 걱정 격려 진심으로 감사합니다 . I knew I had shortcomings in my game, but hadn't had the chance to experience them until now. I learned so much last night. At first, I was disappointed in myself, but now I am full of anticipation and confidence that I can become stronger. I will not be defeated again. I will come back stronger than ever. I thank everyone so much for your concern and encouragement.

Although he lost, Choi’s stock is likely to skyrocket after having displayed such a gutsy performance in one of the year’s final pay-per-views.

The South Korean has a professional record of 15-2 and is ranked as the No. 11 fighter in the official UFC featherweight rankings.