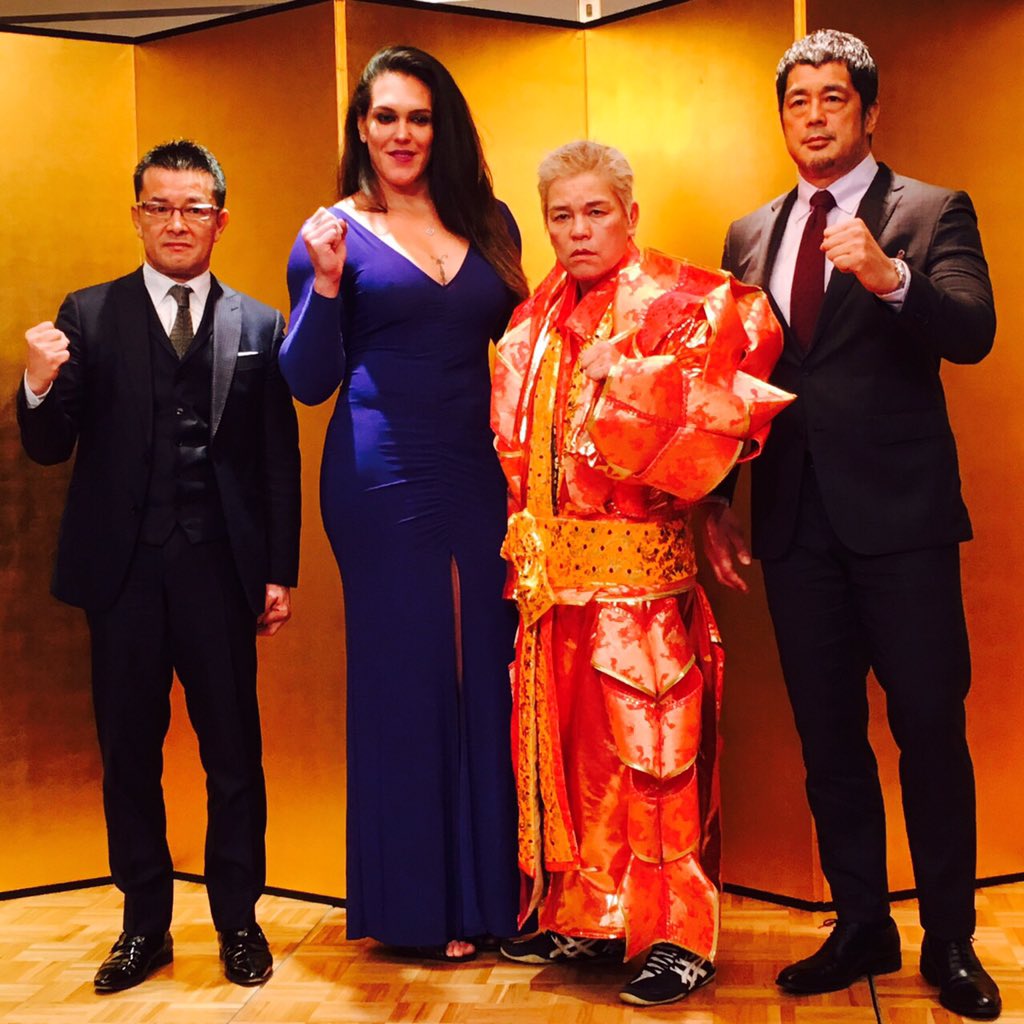 Becoming a celebrity in a sports market usually takes more than 3 fights...

....but Rizin's Gabrielle Garcia has done just that in Japan. In the land where Bob Sapp made a huge fortune being larger than life, 7'2" elite kickboxer Choi Hong Man fought Jose Canseco and Butterbean fought Genki Sudo, Gabi has become a national fascination...leading to them scrambling to find opponents.

In the spirit of not really giving a single f**k when it comes to the pursuit of combat sports ratings, Rizin announced 9x BJJ world champ and enormous 3-0(MMA) terrifying woman Gabi Garcia will fight....52 year old judoka, fighter and pro wrestler turned politician Shinobu Kandori (4-1 MMA with her last fight being in 2000) on New Year's Eve at Saitama SuperArena in Japan. If you're not familiar with Gabi by now, I can fill you in. Pictured below, looking frighteningly close in size to heavyweight legend Fabricio Werdum, Gabi is a highly accomplished grappler with the least polished striking this side of CM Punk.

Why, you ask, can't we have our pro fighters beating up politicians over here?

Well, thank boxing commissions and a squeamish sports culture that belies our bloodthirsty TV and movie culture. After that you ask....why is a 5'7" 165 lbs 52 year old lady fighting a 6'2" martial artist who cuts weight to make 210? The answer is....JMMA.

This booking highlights the dichotomy that is Japanese MMA. The same night Gabi fights this lady, the 2016 openweight Grand Prix wraps up, with the 4 winners from Dec 29th quarterfinals fighting it out NYE until one stands. The hardest tournament in MMA shares a night with the craziest booking of the year (tied with Ellismania's Shane Carwin with an arm duct taped down lol). JMMA isn't just freakshow, it's the height of sport AND spectacle, just not always at the same time. 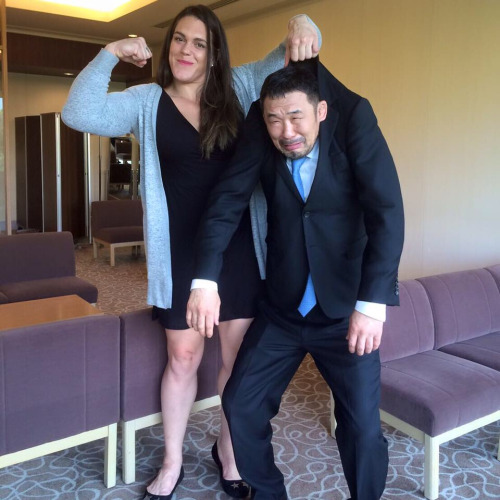 ...to love the impossibly crazy, and the maddeningly difficult at the same time. The wildest fights occurring in front of the most respectful fans on earth is surreal and part of what made MMA so popular globally. The secret is to not try and control JMMA, but to simply witness the awesome power of no f**ks given, The English language commentators do the same, and we just laugh and gasp as one.

There's more than one freaky fight, though. Waaaaaay more.

New Years Eve at Saitama isn't simply a bunch of silliness and squash matches for Japanese domestic appeal. To fully understand the appeal of JMMA we have to look at the entirely of the picture. For fans of intense sporting competition the Rizin cards Dec 29th and 31st have some serious sh*t going on.

The prodigy son of the magnificent Rickson Gracie, no gi genius, friend to the 209, the incomparable Kron Gracie is but 3-0 in MMA, but his grappling prowess is so intense, the current grappling boss at their weight Gary Tonin got a spot at ADCC when Kron left for MMA. That's how gangster Kron is. It gets better. His 4th pro fight is slated to be against 35-10-2 UFC vet and recent Rizin signee Tatsuya Kawajiri. That's some ill sh*t right there. Kron is so good, he's not even necessarily an underdog here.

18-2 UFC and Pancrase vet Rin Nakai (only career losses to Miesha Tate and Leslie Smith of the 209) has been booked to fight 4-0 Kanaka Murato. Dayum they sure don't mind rushing prospects over there. Actually I think they get a rush off the youthful exuberance vs crafty experience angle.


The Climax of the Tournament of the year

The 2016 Rizin Openweight 15 man tournament (Wanderlei Silva got a bye 1st round due to a bicycle car collision injury) concludes Dec 31st culminating in the semifinals and finals both that night following the quarter finals Dec 29th. The participants are pretty kick ass and interesting, let's take a look.

NOTE: The winner of these two matches will face off Dec 31st.

The greatest of all the Pride LHW legends vs arguably the most deadly pure striker in ring MMA history. It could headline a card, but instead it's merely the quarterfinals with the winner possibly fighting a 6'6" 400 lbs Sumo prospect. Thank you JMMA.

The man mountain Baruto may be only 2-0, but size counts and this giant of a man moves very fast for 400 lbs. Kosaka was brought in as a replacement for Czech hotness Jiri Prochaska (Jiri who got to the finals of the 2015 Rizin Grand Prix but lost to Muhammed Lawal)

Iranian prospect fighting out of AKA Thialand - Aliakbari won gold twice in Greco at worlds (2010, 2013) although he only got to keep one (stripped for steroids in 2013). He's facing ol lunchbox fists Shane Carwin, a giant of a man on a comeback.

Take the poll, comment below. Taken as a whole, Rizin Dec 29th and Rizin NYE are awesome IMO. Something for everybody. How does all this make you feel? Share your thoughts.