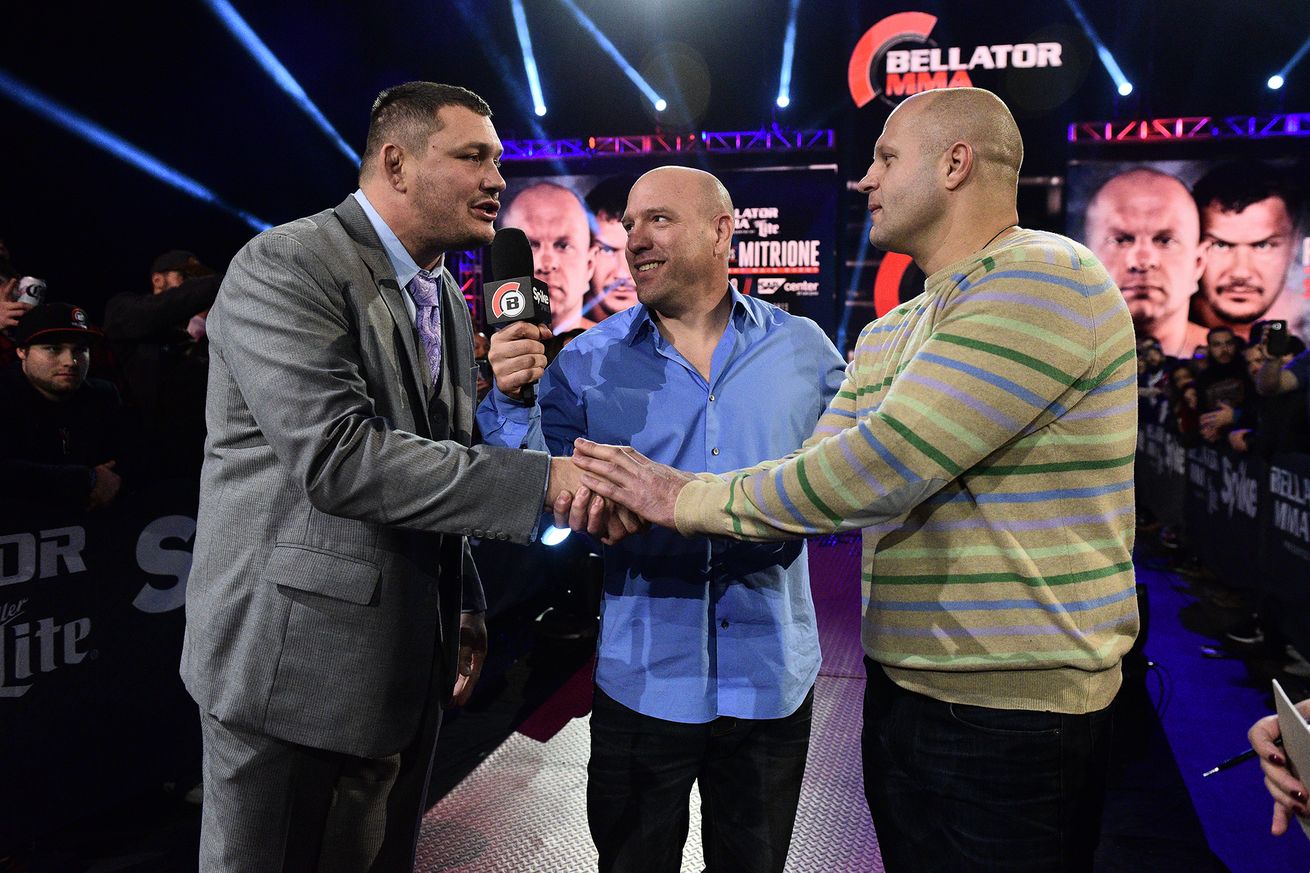 Mrs Giblert Keri Anne Taylor-Melendez scored a perfect knockout in her MMA debut, Ben Henderson and Michael Chandler put on a FOTY candidate for the Viacom promotion, and finally it was announced the greatest fighter of all time, Fedor Emelianenko (35-4-0-1) had signed to a multi fight deal and would debut versus 6'3" 255 lbs Matt Mitrione, and he walked out in the friggin Sweater of Absolute Victory WTF??!!??!!

Fedor was so magnificent in his prime, fans sometimes make fun of his post Strikeforce wins, as though they diminish what he already achieved. News flash, wins of lesser consequence aren't losses and his earlier reign stands as THE STREAK. The man is currently on a five fight streak and about to face a dangerous relevant HW. If he wins it, he should be in the top ten which he was (#9) when he retired.

It's a tricky fight for the Russian. Mitrione is way bigger, hits really hard (knockouts over Gabriel Gonzaga and Derrick Lewis also on a 2 fight 2 KO streak currently), and is a very athletic HW. Speed is likely to translate better for Emelianenko than it did vs Fabio Maldonado who isn't slow, throws lots of hands, and has an iron head. Stylistically Fedor's speed and submission game are likely to favor him more than in his last fight, although he's undersized this time.

Take the poll, comment below what you think. Can past prime Fedor defeat Meathead in Feb 2017? How does the fight go?