KSW founder on Pudzianowski, Khalidov and the UFC’s venture into Poland

In the second part of BloodyElbow.com’s extended interview with KSW founder Martin Lewandowski, the president talks about the importance of stars like Mariusz Pudzianowski and Mamed Khalidov, as well as his opinion on the UFC’s decision to venture into Poland.

Share All sharing options for: KSW founder on Pudzianowski, Khalidov and the UFC’s venture into Poland

Across the world in North America, MMA fans and pundits also tuned into the fight, or were at least curious enough to search for fight highlights. Here was one of the more powerful men in the world and he had chosen to take part in a young, flourishing sport such as MMA. It was a moment worth tuning in for.

Yet while it was a moment with little lasting impact in North America, it was quite the opposite in Poland, where MMA was about to finally be wiped clean of the underground discotheque image that it had gained over the previous decade. Pudzianowski had not only brought more casual viewers to KSW, he legitimized it.

One of the promotion's founder, Marin Lewandowski and his team at KSW were hailed for their brilliant strategizing and decision-making, and while he takes a certain amount of credit for taking the risk, even Martin was willing to admit that he never expected Puzianowski's impact to be as momentous as it actually turned out to be.

"I honestly thought he could do a lot of good things for my brand and for every single young boy who wants to pursue MMA," Lewandowski told BloodyElbow.com "He would have given us a better platform for this stage of the development." 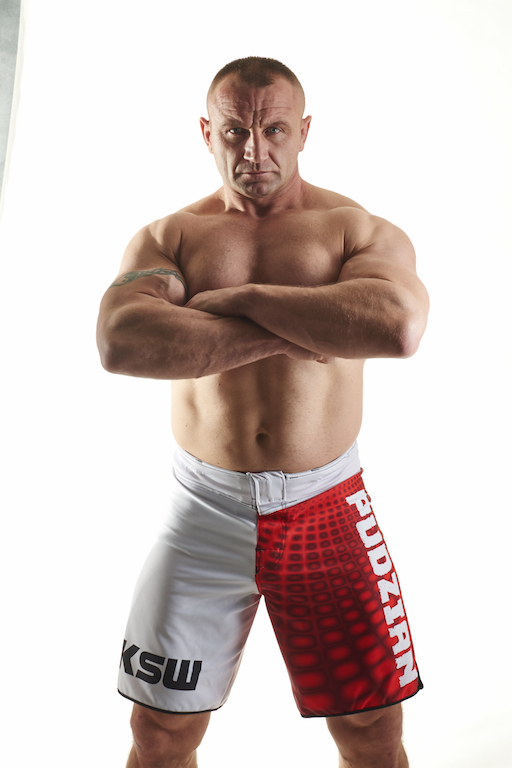 Yet it did not take long for KSW to feel the backlash from jealous fighters and hardcore fans that insisted that Pudzianowski's involvement in MMA only added a ‘freak show' element to the sport.

"His impact turned out to be huge, yet people started complaining about freak show fights and how he wasn't a true MMA fighter. Even Polish fighters abandoned him. It was probably because they were jealous that he induces passion from the fans and from the media."

Although he suffered losses to the likes of former UFC heavyweight champion Tim Sylvia, James Thompson and Sean McCorkle, Pudianowski managed to compile an 8-3 record and is on a 3-fight win streak heading into his KSW 31 fight against Rolles Gracie Jr. Not only has his gradual improvements helped dissuade the ‘freak show' stigma that had developed, it also got him closer to a title shot than ever before in his six-year MMA career.

"Pudzianowski showed that he has improved as a fighter and he is probably on his way to a title fight. Maybe in a year or so, he will fight for a belt. Of course, he still has to win the fight in front of him."

While Pudzianowski may be the most recognizable name for casual viewers in Poland, KSW's brightest star is actually the World's Strongest Man's antithesis, Mamed Khalidov. Where Pudzianowski served as an intimidating presence with an extraordinary mainstream following, Khalidov was a silent, cerebral fighter, who won over crowds with his beautiful displays of regulated violence.

A native of the Chechen Republic turned Polish citizen, Khalidov is a former light-heavyweight titleholder. His unpredictable submissions and dominant displays endeared him to the Polish crowd and gradually transformed him into a celebrated hero.

According to Lewandowski, there are two main reasons for Poland's acceptance of Khalidov.

"First, Mamed used to do in a ring what he now does in a cage. The way he fights is just spectacular. He does such unpredictable moves and finishes opponents. So the style of his fights plays a part in his popularity.

"The second thing is his attitude; he is just a nice guy. He doesn't fight with anger or acts like a pitbull like other MMA fighters. Mamed is a nice guy, polite, proud to be Polish, and loves KSW. It is kind of shocking that the Polish fans took Mamed in so openly, as Polish fans used to look outside of their country for stars. So this also makes him very special."

Martin also credited KSW for a portion of Khalodv's success, as he may never have been given the opportunity to fight for such an audience had he fought for another promotion instead.

There was even a time when Khalidov wanted to test his talents overseas in the UFC. Negotiations were in process and KSW's golden boy was on his way to competing against the elite talent in North America.

"Initially, yes. There was a time when Mamed wanted to go to the UFC and I was in the process of the negotiations with Joe Silva. I even had a contract on my table and we went through it."

However, when Khalidov realized the dip he would have to endure in fight purses, as well as the stardom he would leave behind in Poland, he chose to stay with KSW, where he enjoyed celebrity status.

"First of all, the money wasn't correct. Second, Mamed realized that he probably would lose everything that he built here in Poland. He had too much to lose. Honestly speaking, besides it being a sort of sports challenge, there was nothing the UFC could have done to compete with us. We offer him much more money. He is a really big star here and he has everything that a fighter could possibly dream of."

Here, people say they want to go and train KSW, not UFC. We are on that level here.

Khalidov's decision to stay in Poland was a staunch reminder that the UFC was not the only organization where fighters could fulfill their dreams. Khalidov weighed out his options and seemingly decided that his Polish fan base was far greater than that which he would enjoy fighting for the UFC in North America. According to Lewandowski, this is due to the influence of the KSW brand in Poland.

Since KSW seemingly enjoys brand loyalty in Poland, where it cultivated the MMA market, it is no surprise that Lewandowski was not overly affected by the UFC's decision to venture into Poland in 2015.

"If somebody wants to go to a different country then that means that the country of origin's market is dying. That is what I heard. They are losing money doing shows in the USA. Of course, being a global organization, expansion makes sense from a business perspective, which is why they are going into Europe. It is such a big market, equal to the Americas. It would be pointless not to go and conquer another country.

In the first part of BloodyElbow.com’s extended interview with KSW founder Martin Lewandowski, the promotion’s president talks about the organization’s birth, fighting the underground perception, and key milestones that cemented KSW as a leading promotion in Europe.

"Why Poland? Because KSW built the market for them. We have the finance, we have the gyms, we have the shows. It they had gone to Bulgaria or Croatia, the market may exist or it may not exist. Here, they have the infrastructure that KSW built. They have a prepared market. Even Sweden was a harder market because there was only Superior Challenge and one more show. Poland is unique in that sense. We have a show that is really huge. That show built the discipline here in Poland. We have stars and the whole infrastructure needed to just come in and plug their show."

While Lewandowski does consider the UFC to be their competition in such a local market, that only applies in a strictly business sense, as he was adamant that he held no grudges or resentment for the UFC's arrival in Poland. Instead, he views it as a mutually beneficial endeavor.

"Many people say we are at war now. Of course we are competitors, but this is business. This does not mean that I would try and stop them from succeeding in Poland. I see a positive aspect to them being here. It will also influence my organization."

With KSW 31 just days away, Lewandowski explained that there would be another two tent pole shows this year for KSW, including the promotion's first undertaking outside of the borders of their own nation.

"There are several big shows this year. At the end of the year, we will have one with Mamed Khalidov. Of course, a big step for us will be the first time we go outside of Poland. We'll go and do a show in London at the Wembley Arena. These will be our significant shows.

"We are very careful about our next moves. We'd rather wait and see instead of just traveling on a whim. I would rather wait than do a stupid move. We are not on the same level as the UFC."

KSW 31 takes place on May 23rd at the Ergo Arena in Gdansk, Poland. For those watching outside of Poland, the event can be purchased and viewed on KSWTV.com.