Strawweight is currently the hottest division in MMA and I will here present everything that ScoreCardMMA has about Female SW division. 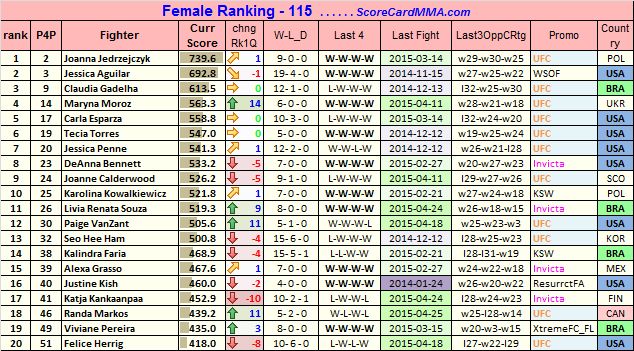 We can see that UFC is dominant organization in F-115 division. But not as dominant as in F-135 or in male divisions. There are still plenty of good SW fighters in Invicta and other promotions.

Invicta is not formally owned by Zuffa and Shannon Knapp still claims that she is 100% owner. But most of their recent moves show that Zuffa is clearly in control of Invicta.

Most important UFC move was in Dec 2013 when UFC acquired almost all top SW fighters from Invicta. That transaction included then Invicta SW champion Carla Esparza. 10 more fighters were included in that move: Claudia Gadelha, Felice Herrig, Joanne Calderwood, Tecia Torres, Rose Namajunas, Julianna Lima, Bec Hyatt, Emily Kagan, Alex Chambers, and Paige Van Zant. Most of them participated in the UFC Ultimate Fighter 20. That TUF series decided on who will be fighting for the first UFC SW champion.

Following shows who were recent SW champions and when each championship fight happened:

UFC and Invicta SW titles will continue existing in parallel. Question is will Invicta champions start migrating to UFC?

Jessica Aguilar is included in this graph because she was top SW fighter for a long time. She is WSOF champion and she defended that title twice. I also included Jewels/Deep champions since for a long time Japan had the best SW fighters.

Let's see who is right now in the UFC SW division: 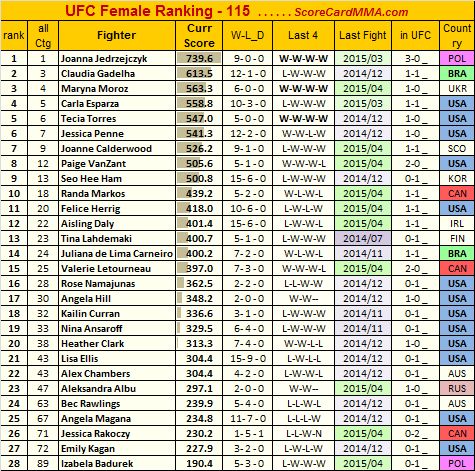 Invicta is the strongest UFC rival in the WMMA. As I already mentioned, they are not actual rivals, but more like major/minor league of the same organization. Most of their 2013 SW roster migrated to UFC, but they are still able to produce some new quality fighters. 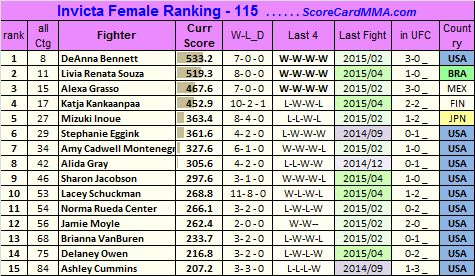 Similar to Male MMA, America and Brazil are the main sources for the top female fighters.

Here is the list of top American SW fighters outside of UFC and Invicta: 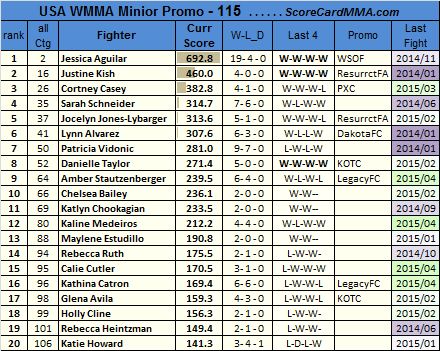 WSOF, ResurrctFA and LegacyFC are American organizations where you can find some good female SW fighters.

And this is the list of top Brazilian SW fighters outside of UFC and Invicta: 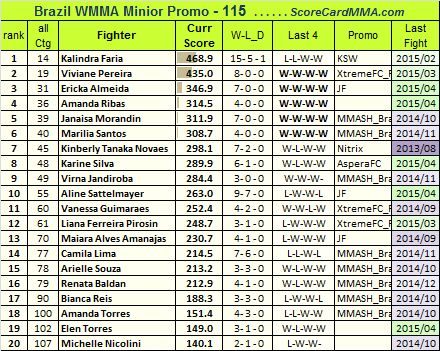 JF and MMASH are the top Brazilian organizations that have good SW fighters. XtremeFC is promotion from Florida that is now organizing events in Brazil.

Unlike male MMA, good female fighters are coming from many different countries. So, it is not just USA and Brazil.

Following is a list of other (not from USA and Brazil) SW fighters outside of UFC and Invicta: 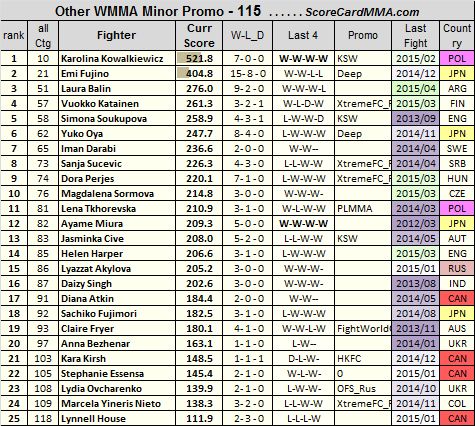 Next we have a historical view of Weight Category (Division) Scores for all Female divisions: 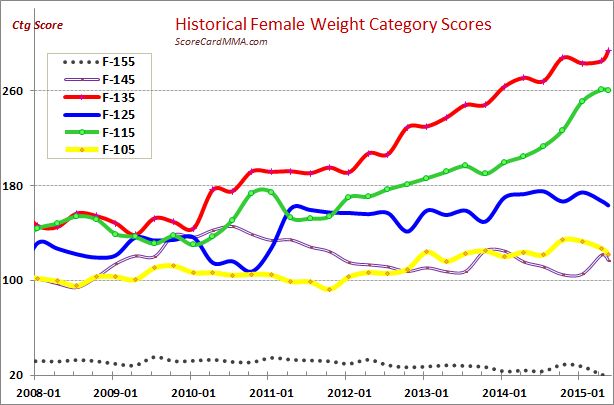 How long before green line catches up red line?

My guess is that influx of fighter into SW division will continue. Who will be next from the following Flyweight list that moves down in weight?

Let's see what was situation in SW division before UFC was into smaller girls. 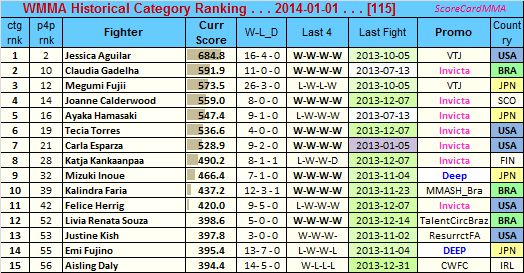 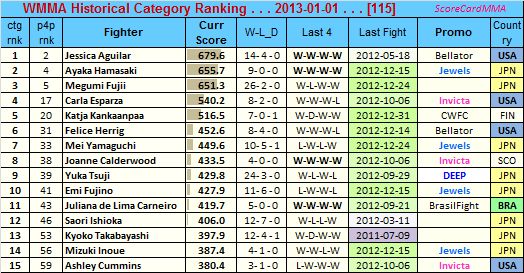 Moving further back to the ranking at the very end of 2011. This is the time when Invicta didn't exist and Jewels was the top all Female promotion. Girls from Japan are dominating this SW ranking. No Brazilians in top 15. 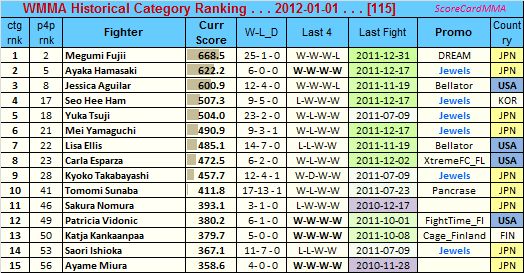