In the first part of BloodyElbow.com’s extended interview with KSW founder Martin Lewandowski, the promotion’s president talks about the organization’s birth, fighting the underground perception, and key milestones that cemented KSW as a leading promotion in Europe.

On April 11, 2015, the UFC ventured into Poland for the first time. It served as the latest destination in their European expansion, but it would have been a difficult one to achieve had another promotion not helped pave the path by cultivating the local market and creating an unquenchable thirst for mixed martial arts.

Martin Lewandowski founded Konfrontacja Sztuk Walki (KSW) back in 2004. At the time, he was the sporting events promotional manager for the prestigious Marriott Hotel in Warsaw.

"I was in charge of all sports disciplines and doing all the promotion for sports events in the hotel," Martin told BloodyElbow.com. "I had a lot of contacts in media, with different sports, society, and I used to do Kung Fu, before boxing and kickboxing.

"I knew what MMA was. I was a fan and I knew about PRIDE and I was a big fan of that organization, which you can see at our events. The roots of our inspiration regarding the fight presentation came from that."

While Martin questioned whether much of the promotion's inception was either the effects of "luck" or simply something "written in the stars," it would appear more like the inevitable merging of two halves of an inseparable item. That was the sort of partnership he had with Maciej Kawulski. 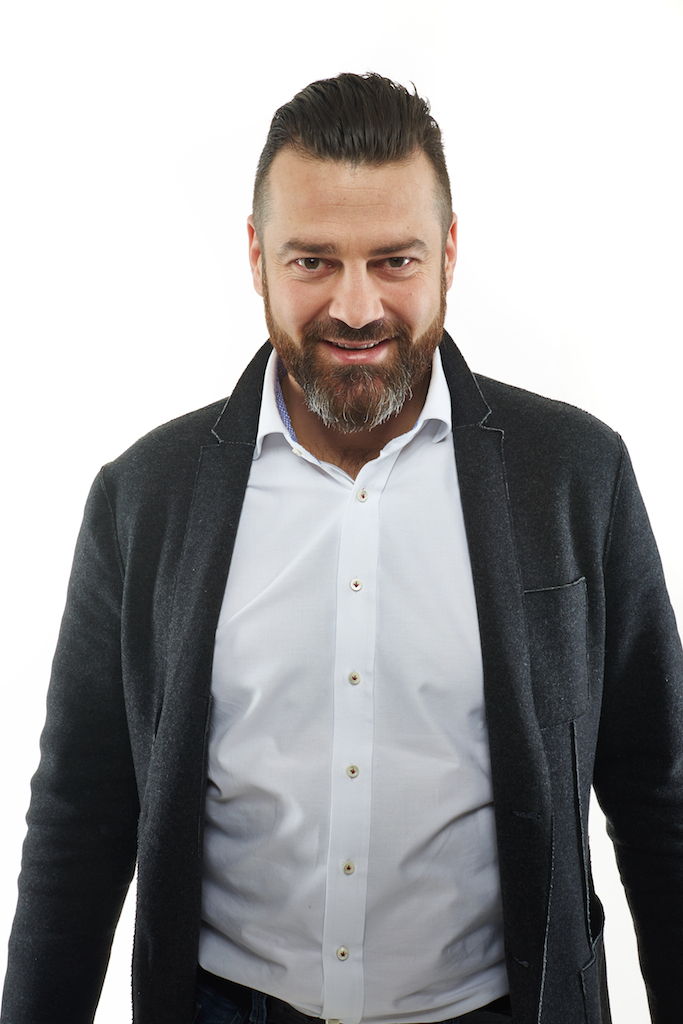 "My business partner had more practical experience in MMA, so when we started talking about it, I was looking for a new discipline to promote in Poland and he was in the scene a little bit already. He knew some fighters and referees but ten years ago, MMA in Poland was underground."

The underground perception of MMA in Poland, and much of Europe at the time, was the first obstacle in Martin and Maciej's path. At the time, mixed fighting and hand-to-hand combat were kept to dark, dingy parking lots and sleazy nightclubs - not the best environment for a sport that Martin wanted to be taken seriously in Poland.

"Shows were held in discotheques, in places where people smoke and drink," he explained. "It wasn't a real sport and was seen by the people as underground violence, like dog fighting. So for 10 years we didn't use a cage because the association was seen so badly in the eyes of the public."

Fighting this uphill battle was no easy task for the two partners. They had chosen to breath life into a sport that was purely seen as underground barbarism, and they were not going to back down.

Every once in a while, luck would present itself and gift them with a nudge in the right direction.  At one time, the major sports channel in Poland began to lend its support because their director was a man who believed in the KSW product. His success was directly proportional with their own success for many years.

Shows were held in discotheques, in places where people smoke and drink. It wasn't a real sport and was seen by the people as underground violence, like dog fighting.

Over time, they learnt to play the game and gradually began to convince others around them that KSW may actually be worth a small investment.

"It was a hard job. First we were on tape delay, then we started to work on live editions, then we got on TV. Every year, we took a step and developed more. Until now we have slightly different rules than the unified rules of MMA. There were some differences that allowed us to build this structure in Poland."

Slowly but surely, KSW began to flourish. However, more often than not, Martin and Maciej were faced with adversaries, people who were simply not convinced that non-traditional forms of violence belonged on Polish television.

"We met other people who have caused us some really hard problems." Martin reflected. "We had to convince a lot of people. There was a lot of talking and explaining the rules every time we would meet someone, so it took a lot of passion, a lot of hard work, as well as a little bit of luck."

Boxing loyalists were another group that KSW came in conflict with.

"There are maybe five countries in the world that have as great a tradition in boxing as Poland does. So we also had to face them and convince all those people who said we cannot go further or you will kill boxing. So that was another industry and society that we had to fight against."

While Martin still considers the growth of KSW to be a continuous effort, he named several significant milestones that were pivotal to the promotion's proliferation. 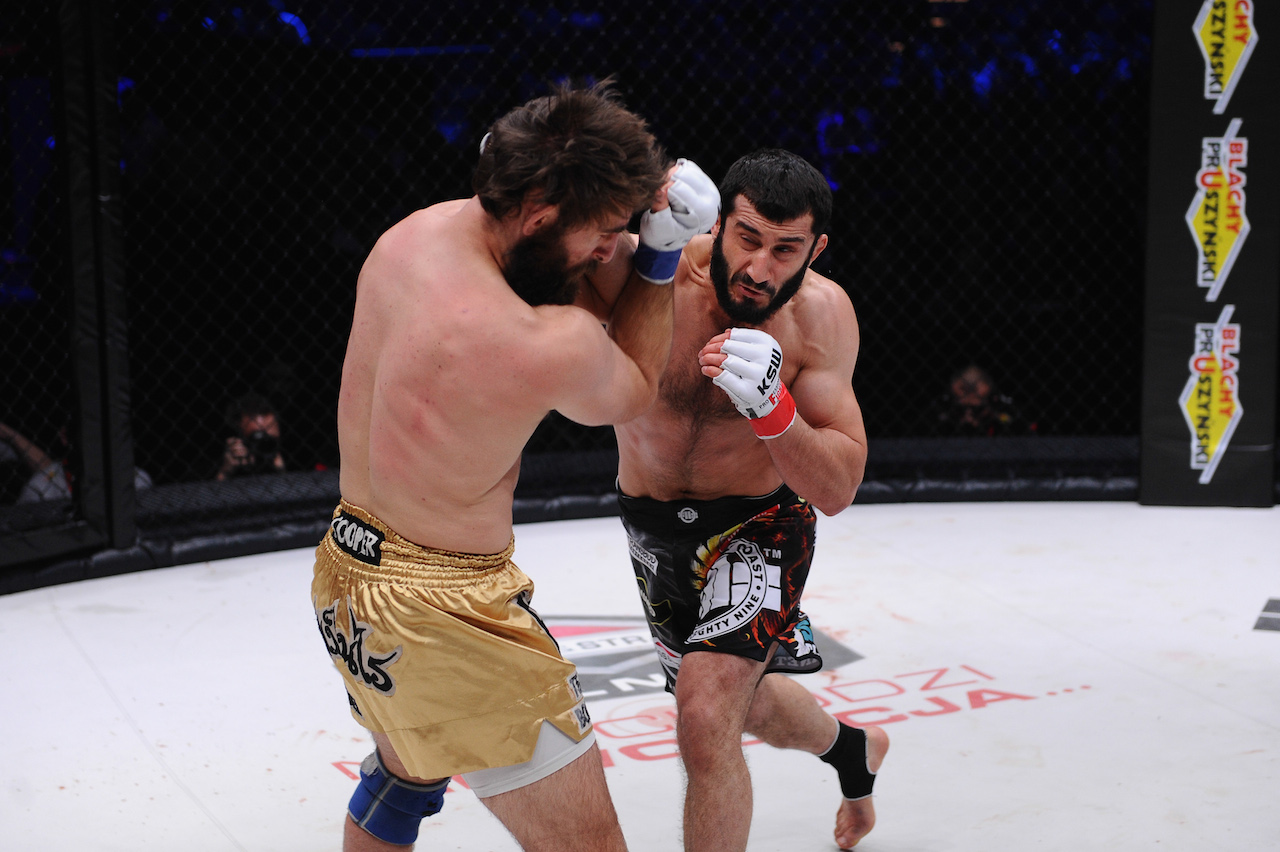 "There are three key milestones: The first is when we went live on TV. There were events were six or seven million people watched our show. The second was when Mariusz Pudzianowski accepted a contract from us. This was when we went further than just the MMA community. We went into the mainstream and were seen as a mainstream product."

Then along came a Chechen native Mamed Khalidov, who, according to Lewandowski, took the promotion to previously unseen heights.

"Khalidov is the one who won the Polish crowd over. He is a really excellent fighter. He brings a different perspective on how people can view the beauty of the sport. That is what Mamed Khalidov is."

Given the momentous shift in the Polish MMA landscape over the past decade, as well as the numerous milestones they have achieved along the way, Martin believes KSW should be credited as the foundation for the sport's success in Poland.

"We built MMA here in Poland. People see this as a sport and not as something that is just entertainment and something that only criminals, who don't have anything to do in their lives, do."

KSW 31 takes place on May 23rd at the Ergo Arena in Gdansk, Poland. For those watching outside of Poland, the event can be purchased and viewed on KSWTV.com.