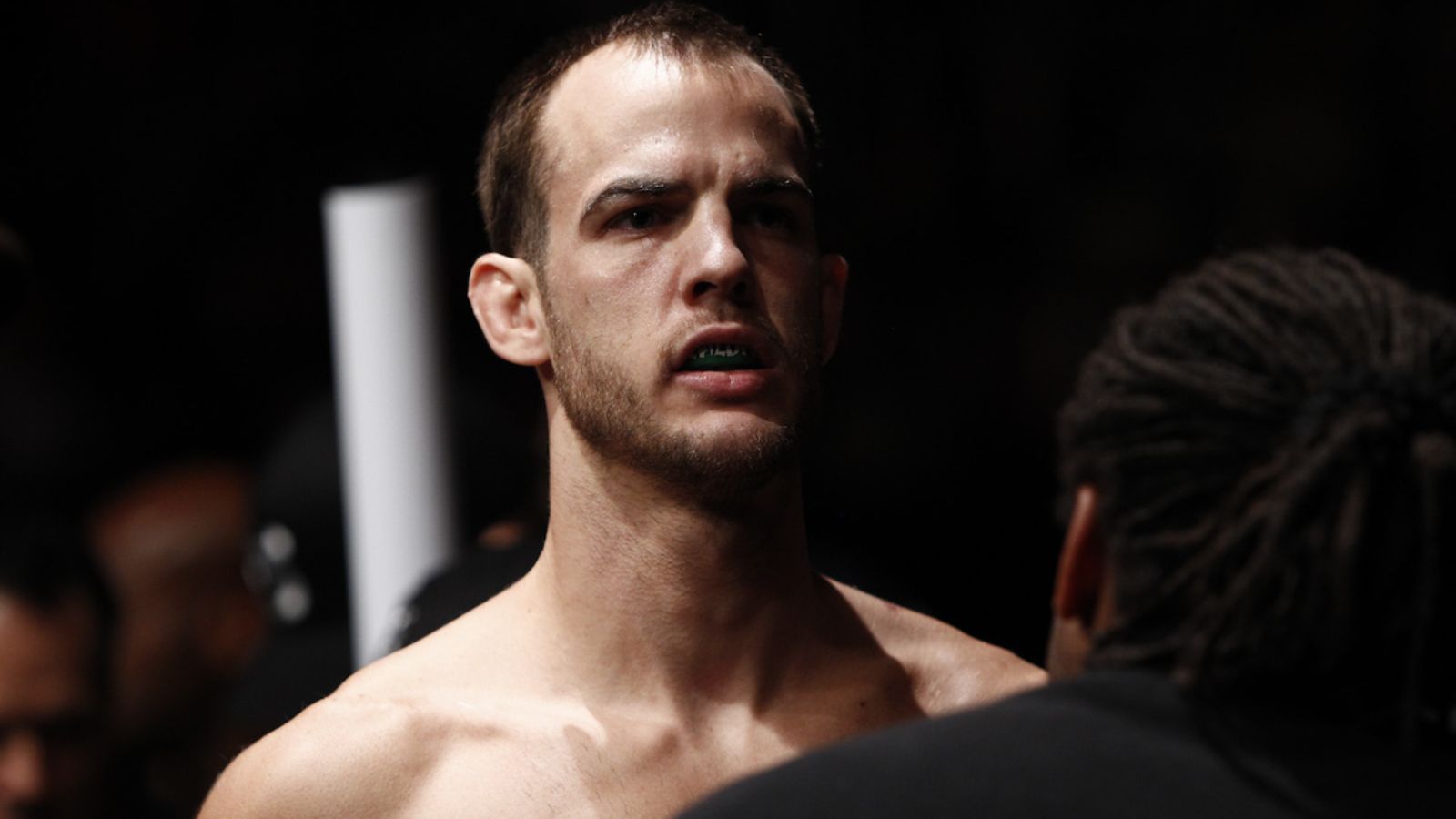 
I have always been a proponent of top position over bottom and for some good reasons, but there are the few, the proud, the guard players. Cole Miller being one of the best grapplers in general, with what may be one of the most dangerous guards in the Featherweight division. I have a respect for those with the lanky long limbs that catch people in amazing submissions, from one of the most subdued positions in MMA.

Miller has definitely developed a effective and consistent wrestling game over the years, as all must in MMA, but Miller shines off his back unlike many of the elite in the UFC. It is a skill some inherently have, much like Paul Sass. Miller's ability to not fear the take down is a enormous feather in his cap. In MMA its comparable to having a world class wrestling game in that it allows you freedom on the feet that others do not have. Miller can throw kicks, and flashy strikes without much fear of the take down or being on his back, because his opponents are afraid to jump in that guard.

In MMA it means something when your guard instills fear into your opponent, not the power of his punches, the speed his his kicks, or the measure of his pace, but a position.

Miller has accumulated a record of 21 wins, and 8 losses and considering who hes fought, lets just say its not shabby at all. Hes faced the worlds elite and performed quite respectably, and in many cases extraordinarily.

Here we will take a look at that beautiful guard and all the ways Miller can end someones night early from there.

(All the highlighted parts are links in the video so you can skip to the moves!)

In Miller's first professional bout he fought Harris Norwood, both men early in their career. Miller actually gets an early takedown at the 1:11 mark and uses the inside trip something that becomes quite common throughout his career. Immediately, Miller passes to half guard on the right side and the two men struggle and fight from there for a bit Miller coming close a handful of times, until the 2:24 mark until he completes the pass to mount. At the 2:35 mark, Miller uses ground and pound to force Norwood to give up his back for the choke. When Norwood realizes he's about to be choked, he gives back mount and in the transition you see Miller throw his left leg over Norwood's arm setting up the triangle from mount. Moments later Miller commits at 2:48 to the triangle, rolling over to his back and locking in the triangle. From there on it's just a matter of time for Norwood. The two men squirm a bit while Miller adjusts his figure four lock on the triangle and cutting the angle before Norwood taps.

A throwback in this match with the return of the gi pants for Millers opponent Chris Mickle. Right out of the gates Miller makes Mickle fear his bottom game with a guillotine. Mickle defends and Miller quickly looks for the sweep. Miller ends up shooting his legs up for the arm bar and nearly gets it. Mickle defends it by lifting Miller up for the slam, but Miller is keen to it and stands up. Towards the end of the first round Miller has Mickle in his guard and hits him with a nasty sweep hooking the leg. Take notice how he waits until Mickle has his left arm on the right side of himself so he has no way to base out with his left side. This puts Mickle of balance, allowing Miller to easily sweep him into mount. Right before the end of the round Mickle is defending the triangle, but is letting his arms get to wide and Miller fakes the triangle attempt and hits the arm bar instead, being saved by the bell. This is a trend in this match until the third round. Mickle keeps getting caught and nearly finished at the end of each round. At the end of the second round the same thing happens. Mickle has head in from side control aka Kasa Katami and Miller throws his legs up and catches him in a triangle where he fights until the end of the round but nearly goes out. Miller remembers his success from the previous round and upon being taken down again, he prepares to triangle Mickle. From the weird position on his back in a half-butterfly sort of guard Miller grabs the wrist and throws up the legs for the triangle. The wrist control is fantastic and is something Mickle was giving him all fight begging to get choked. Not long after Mickle taps and Miller wins by submission.

Just short of a year later, Miller would face powerful fighter in Joe Germain. There were six fights between the Mickle win and the fight with Germain and the growth was evident in Millers tightened technique. Germain immediately shoots in but is wild and leave his neck out there with his arms wide and pays the price immediately. Stuck in the guillotine struggles and fights, but he is so deep Miller does not even flinch and just waits. Germain taps and the fights over. Miller starts to really create the tradition of when he locks in a submission it is almost assuredly over. His finish percentages start to fly and his winning trend continues.

Miller has never been the greatest athlete, or the strongest, or fastest, but he has always had the determination to keep going for the finish and break his opponents and it carries him to this day. The grappling prowess of Miller is unmatched by most of his peers, especially when his back hits the mat.

Come back next time for the next 'Off Their Back' Analysis.

Shout out to Cole Miller and his youtube he uploaded several of his more obscure fights along with his brother Micahs. Go ahead and give him a sub! Hes active!