If there’s one thing the UFC loves to do, it’s overhype its product. Take their tag line ‘As Real As It Gets’. That’s a bit of an overstatement for a sport filled with secret steroid abusers and money-over-merit matchmaking.

Or better yet, watch any UFC Countdown show and you’ll be surprised to hear that every new contender for the belt is ‘the toughest opponent the champion has ever faced’.

But where the UFC shines the brightest is in selling its prospects. A newcomer scores a couple slick knockouts over journeymen on the undercard next thing you know ‘here comes a new challenger!’. The hype train starts chugging down tracks before anyone can accurately size up the fighter’s talents and one fight later, you’ve lost your parlay and most of your life savings when the big bright star fizzles out spectacularly (see: Todd Duffee, Philippe Nover).

With UFC Fight Night 60: Henderson vs. Thatch going down in Colorado tonight, let’s take a look at which fighters have the biggest hype trains behind them and thus, have the most to lose. 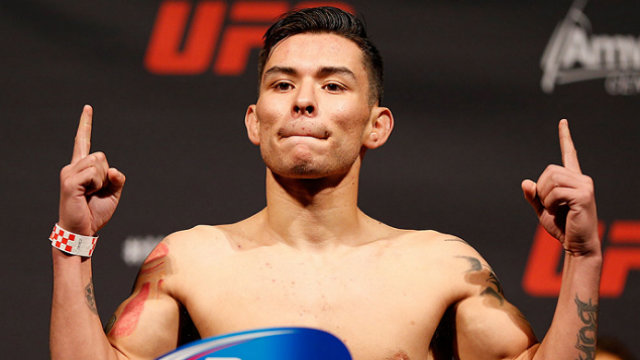 Who Is He?: Fighting in the incredibly shallow flyweight division, Ray Borg was immediately touted as a potential contender in his debut in April 2014. Undefeated at 6-0 and with 4 submission finishes to his name he was expected to make a big splash, but instead lost a close decision to fellow prospect Dustin Ortiz. He quickly got his train back on track with a 1st round rear naked choke win over Shane Howell.

Who Has He Fought?: Other than Ortiz and perhaps former KOTC champ Angelo Sanchez, no big names stand out. Still with a combined record of 68-37-1, and only two fighters with losing records, his opponents certainly haven’t been terrible.

Is The Hype Justified?: Probably. Borg has some really slick grappling skills and at only 21 stands to improve exponentially in the next few years. With the dearth of top quality 125ers, a couple more wins should get him into the top 10 by year’s end. 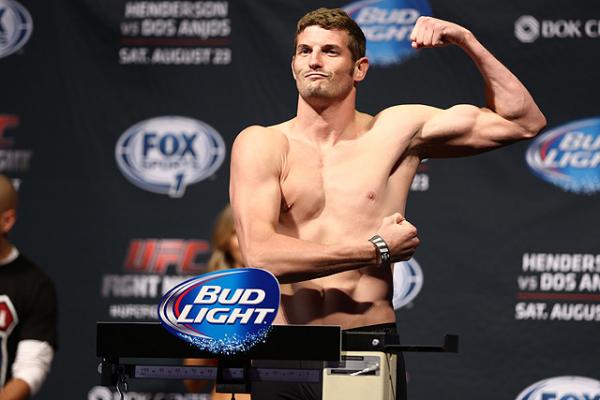 Who Is He?: Continuing the tradition of wrestler’s with weird names (Chael?), Texas native Chas Skelly turned some heads by completing the fastest turnaround in modern UFC history by fighting twice in just 13 days last year. At 29, he barely qualifies as a prospect but his excellent wrestling abilities plus a near-undefeated record that includes stints in Bellator prove he’s got real talent.

Who Has He Fought?: Early in his career he racked up quick wins over some real scrubs. He’s got four wins over guys with losing records. However, two wins over former UFC fighter Daniel Pineda, a current two-fight UFC win streak and his only loss, a razor-thin defeat to the undefeated Mirsad Bektic, say Skelly hasn’t taken an easy road to prospect status.

Is The Hype Justified?: Yes, but his ceiling may be just below contender status. Training with former champ Johny Hendricks and his NAIA All-American wrestling status should get him into the top 20 of the UFC’s featherweight division, but time isn’t on his side to improve into an upper echelon fighter. 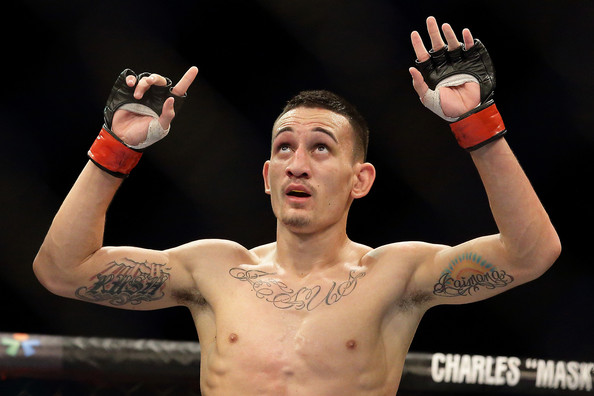 Who Is He?: At only 23, Hawaii’s Max Holloway has already fought 11 times for the UFC, which somehow seems impossible without violating child labour laws. He is already ranked as the #13 featherweight in the world. He possesses a high velocity and lethal kickboxing base and appears to be improving his grappling and submission game.

Who Has He Fought?: There is no question that Max Holloway has faced elite competition in his career. He has already fought three top 10 featherweights In Conor McGregor, Dennis Bermudez and Dustin Poirier (all losses) and beaten up and comers like Andre Fili and Will Chope.

Is The Hype Justified?: If he wasn’t so young, you’d have to say no. Having fought and lost every time he’s faced the elite should peg him as a gatekeeper to the top 10. However, with so much time to grow his skill set, the sky is limit for Holloway. He is already ranked and riding a four-fight win streak in the UFC. One top 10 win should get him ‘in the mix’. 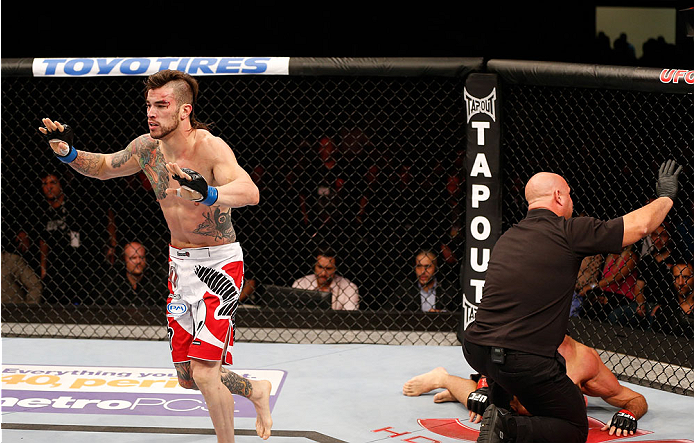 Who Is He?: A main event fighter apparently. After a fight between Matt Brown and Tarec Saffiedine fell through, Thatch finds himself headlining his first card against former champion Benson Henderson. Thatch is huge welterweight with a vicious kickboxing/karate game who has 11 first round stoppages to his name and hasn’t lost a fight in six years. He moves beautifully, possesses a brutal killer instinct and has power in every limb.

Who Has He Fought?: This is where things get sketchy. Thatch’s opponents have a combined record of 121-96-1 (though most of those losses belong to 13-34 Mike Crisman) and his one defeat came at the hands of the unheralded 6-2 Brandon Magana. His best win is probably against Chidi Njokuani.

Is The Hype Justified?: Thatch is without a doubt a top 15 welterweight. He just needs a signature win to prove it. This fight against Henderson is his golden opportunity.
However, we’ve yet to truly see his wrestling and grappling skills tested and many a great striker has laid an egg against the elite grinders of the world. The top end of the welterweight ranks is filled with grappling dynamos but it is also houses brawlers and strikers like Tarec Saffiedine, Matt Brown and Carlos Condit that Thatch could easily hang with. Tonight’s outcome should say a lot about his potential.