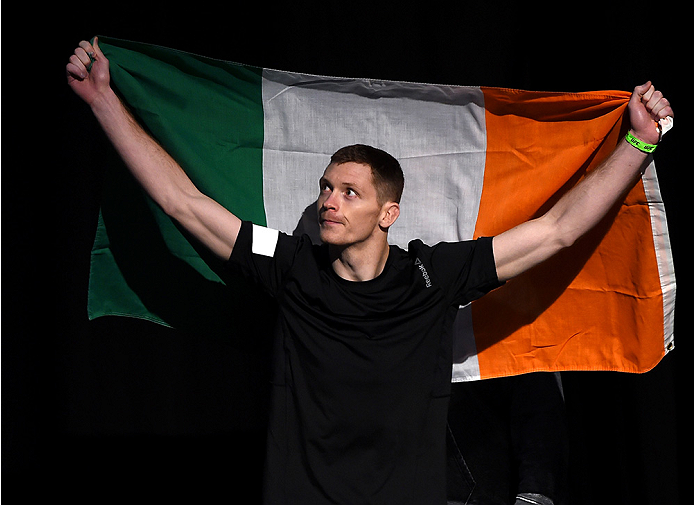 A pivotal lightweight bout between Dustin Poirier and Joseph Duffy was initially scheduled as UFC Fight Night 76's main event, which took place from Dublin, Ireland this past weekend. However, the Irishman was forced out of the highly anticipated contest with a mild concussion just days before the event.

Fortunately for MMA fans that were excited to see this matchup, it will happen sooner than later. Unfortunately, we only get a three-round war instead of a five-round war.

According to Wednesday's UFC Tonight, Poirier vs. Duffy has been added to January's pay-per-view card, UFC 195.

Following a knockout loss to now-interim champion Conor McGregor, Poirier recently moved up to the 155-pound division after a successful run at featherweight that included cracking into the division's top five. Since his stunning first-round TKO win over Carlos Diego Ferreira earlier this year in his first fight back at lightweight, he's also picked up a stoppage over top prospect Yancy Medeiros.

Duffy debuted in the UFC late last year and picked up a spectacular knockout win over Jake Lindsey in the first round. Since then, he's also defeated Ivan Jorge by submission this past July at UFC Fight Night 72 in Glasgow, Scotland. "Irish" also has a win over the aforementioned McGregor on his record from the European local scene earlier on in both their careers.

Poirier vs. Duffy will likely be featured on the pay-per-view main card.