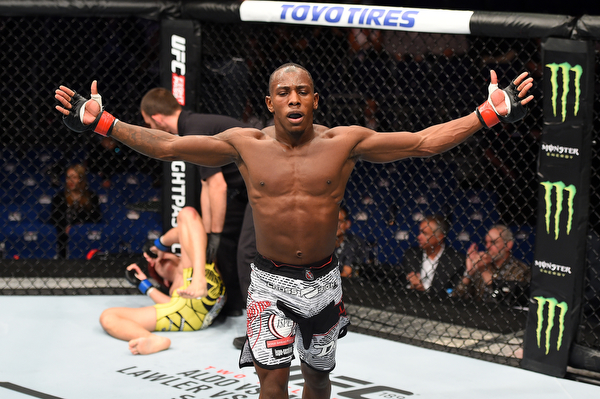 Poland's Damian Stasiak has been forced out of his UFC Fight Night 78 contest with Erik Perez due to an elbow injury suffered during training. Filling in for him on short notice is UFC bantamweight prospect Taylor Lapilus.

UFC officials confirmed the replacement earlier this week, after Stasiak released a statement on his Facebook page, noting he was hurt.

Lapilus (10-1) made his debut in the promotion earlier this year, and defeated Rocky Lee by unanimous decision in Krakow, Poland. Most recently, the Frenchman stopped Yuta Sasaki in impressive fashion at UFC Fight Night 69 in June.

Perez (14-6) hasn't competed inside the Octagon since dropping a submission loss to top contender Bryan Caraway in June 2014 at UFC Fight Night 42. The 25-year old's last victory came against Edwin Figueroa in 2013.

The card placement for the bout is unknown at this time.