Today we've woken up in Wonderland. Legendary Mirko Cro Cop is heading back to UFC. But is 40-years old heavyweight still in proper conditions to show some TOP-tier fight? 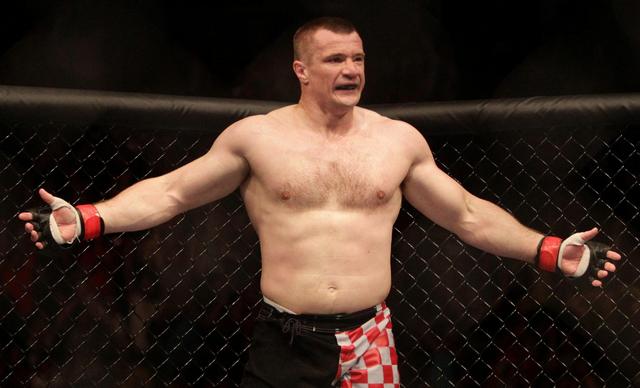 As it's officially published by UFC, legenday PRIDE FC vet Mirko "Cro Cop" Filipovic (30-11-2-1NC) is heading back to MMA promotion №1 in the World. Cro Cop is 40-years old and his latest appearance in professional MMA bout had been held in December 2014 in Tokyo, where Mirko KO'd Satoshi Ishii at their IGF-2014 rematch. That was his second consecutive win after the loss to Alexey Oleinik a year before.

In November 2013 Cro Cop should have taken a bout with Alexander Emelianenko, but the younger brother of Fedor just got himself out of competition with another one criminal scandal. The fight was about to cancel when Alexey Oleinik (50-9-1) stepped in on short notice.

Almost a year after his fight with Oleinik, Cro Cop returned to Tokyo where he destroyed Japan prospect Satoshi Ishii (12-4) in August. Mirko also won his 2nd fight with Ishii in December by impressive KO win. Soon after that decisive win there's been some rumors on surface about possible contract talk between Mirko and Bellator CEO - Scott Coker.

No wonder that Bellator CEO tries to pull his end of the blanket by signing Kimbo Slice and looking for another retired star that can help him to conquer at least some market share from UFC. When Dana White signs CM Punk and speaks aloud about Brock Lesnar possible coming to UFC, Coker is almost nothing left but make some counter-action. And if there's some hope for CM Punk and almost unconcealed joy about Lesnar return from the one side - only perplexity is left for another.

The main question we should ask ourselves is: "How really good Mirko Cro Cop is for now if he wasn't successful enough in UFC 3 years ago?" 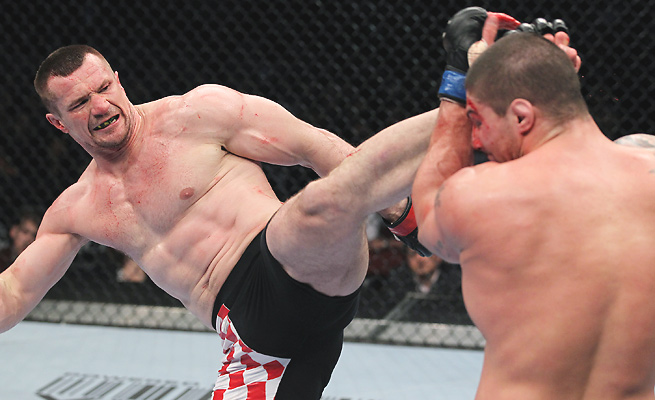 Cro Cop was successful enough to get three wins over low-level opponents like Mostafa Al Turk, Anthony Perosh and Pat Barry, but then he lost to elite gatekeepers of HW division - Brendan Schaub, Frank Mir and Roy Nelson. Three losses in a row. The most dangerous opponent that Cro Cop faced in UFC was Junior Dos Santos, who himself was still young and prospective fighter that time, and only started to come up his fighting "career ladder". Still it took less than 3 full rounds for Dos Santos to prevail and finish the fight.

What we should expect from former PRIDE outstand at his late return to UFC?

Definitely, Cro Cop still can show 2-3 more fights with former stars and UFC veterans whose MMA career comes over downturn. It's clear that Mirko is able to shake Antonio Rodrigo Nogueira, Frank Mir or Josh Barnett (is the last one is about to break his long-time vacation, of course). It can be interesting to some extent for fans to see "Cro Cop - Nogueira" rematch or "Cro Cop - Barnett" tetralogy. His fight with Anrei Arlovski or rematch with Alexei Oleinik can draw some attention in main card of any major UFC event and even become the main event of the evening. If White and Fertittas get despaired too much.

What's next for Cro Cop?

Nothing. It's clear for everyone except the most optimistic fans, that 40-years old Mirko Cro Cop is nothing more than a famous fighter whose time has passed away many years ago. After couple of losses he will definitely retire for real. And when his final run up ends, all of us will have this feeling of sorrow and bitterness as the only last aftermath of legendary Croatian.