Huge news coming out from Bellator involves the creation of the Women's Featherweight (145lb) division with the inaugural signings of Marloes Coenen and Julia Budd. Scott Coker was instrumental in supporting Women's MMA during his Strikeforce tenure, signing many of the sport's best female talent in Gina Carano, Ronda Rousey, and Cristiane Cyborg Justino (then Santos). While the move might be considered somewhat puzzling, Bellator's move into back into Women's MMA is a welcome addition in further increasing the opportunities for female fighters in the sport.

Bellator 123 will kick off their Season 11 series Friday, September 5th at the Mohegan Sun Casino in Uncasville, Connecticut live on Spike TV, with the prelims available on www.Spike.com. 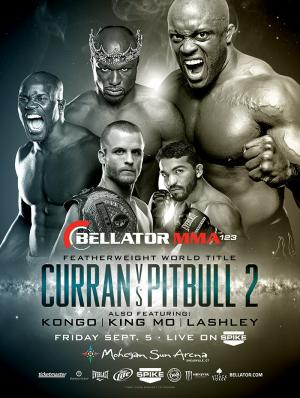 The following is a list of fighters under multi-fight contracts with Bellator and the transactions associated with the organization, as they appear on the Bellator.com site. The roster list and the transaction information are only as comprehensive as the site is, which has been greatly improved over the past couple months. If you have any info or insights into the fighters without a signing date, I'll happily edit the article.