UFC featherweight champ Jose Aldo was recently interviewed by Inside MMA, and in that interview he brought up the topic of fighter pay, saying that he's "not entirely happy with the current pay policy". That quote sparked this reaction from MMA manager Mike Kogan on Twitter and Instagram: 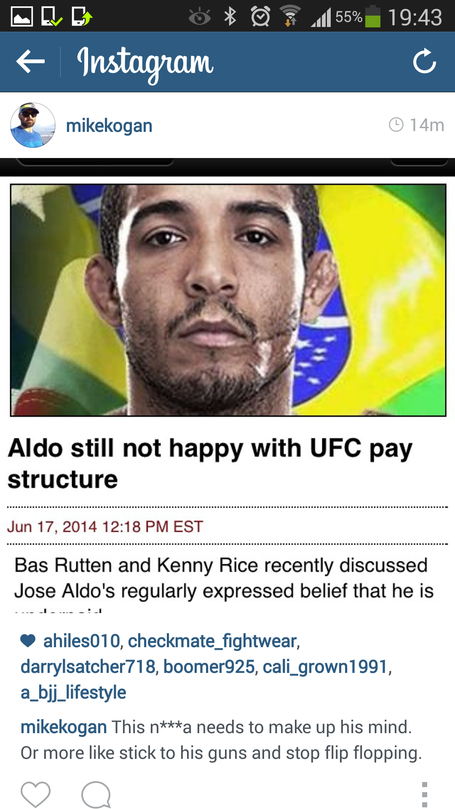 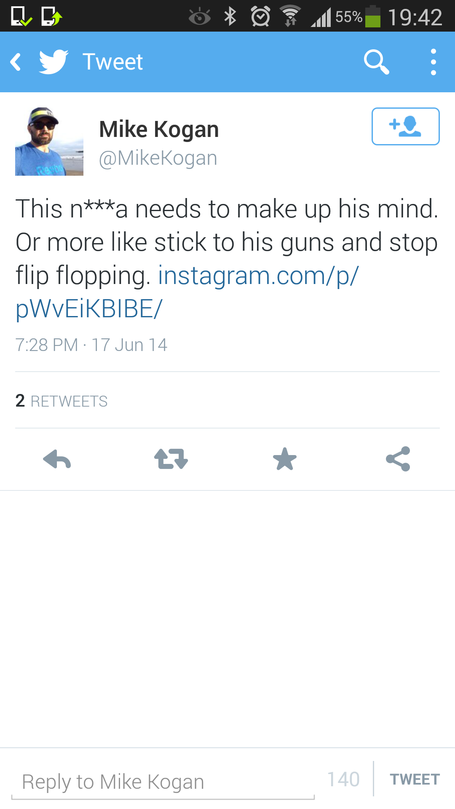 It's bad enough that an MMA manager is actually laughing off a fighter, let alone one of the best fighters In the sport, for wanting better pay, but to go the extra mile by using a racial epithet is obviously unnecessary and out-of-line.

You may remember Kogan's defense of Nate Diaz, who he manages, after Diaz was suspended by the UFC for calling Josh Thomson a "fag":

"Guess what? The word f----t, at least in Northern California, and where Nate is from, means bitch. It means you're a little punk. It has nothing to do with homosexuals at all. So when Nate made the comment that he made, he didn't make it in reference to homosexuals or calling Caraway a homosexual. He just said it was a bitch move."

As far as Kogan's historical usage of the n-word, refer back to his 2011 blog post about racism In the sport, right down to his description of Quinton Jackson and Jon Jones as "house niggas", because they are "for the white folk". You can read the full article here.

So there you have it. A prominent MMA manager calls out a UFC champion for better pay and then doubles down with the racial slur.