Knuckle Up #418: Wherein we lose our minds over probably the best UFC card thus far in 2014. Believe it!

In Round #418 KNUCKLE UP host and the prognosticator extreme EUGENE S. ROBINSON [with the "S" standing for "Satisfied"], sings the praises of the most recent UFC Fight Night: Brown V. Silva while noting with a great degree of certainty that while MATT BROWN is not very SEXY he sure as hell can drive home a grudge and thereby kick ERICK SILVA right into PAST-ALMOST-BUT-NOT-QUITE-PHENOM status and off of the red carpet of contender standing. More than that and despite a slightly better than .500 pick rate Robinson puts it down why beyond any shadow of a doubt, hype or hyperbole this has been the best card of 2014 thus far for its sheer, possibly accidental, ability to get each and every person on the card to dig down deep to move themselves singlehandedly onto the CARE side of the killing equation. Winners? Everybody who gives a good g-ddamn. Losers? SMOLKA (sorry, my man).

Share All sharing options for: Knuckle Up #418: Wherein we lose our minds over probably the best UFC card thus far in 2014. Believe it!

Moreover if you want to see EUGENE's impersonation of RICHARD MILHOUSE NIXON? Here you GO

And did we mention our sponsors? Skullgame.com? Here's another satisfied customer, fan of KARL GOTCH...Matteo Boia Fadini, in Predappio, Italy. Looking like THE MAN. 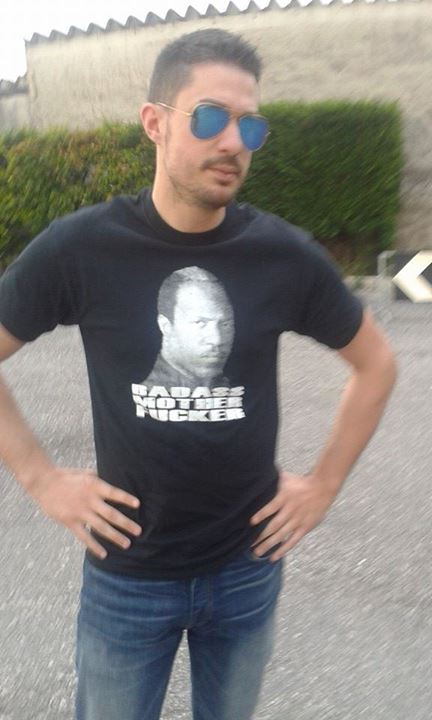