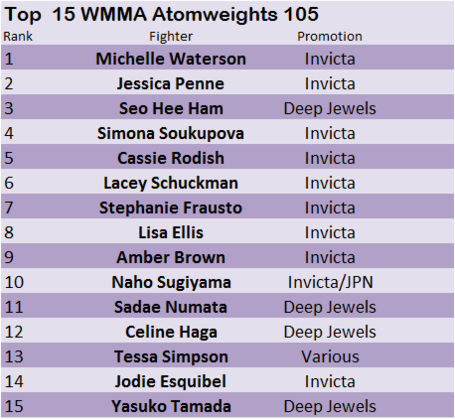 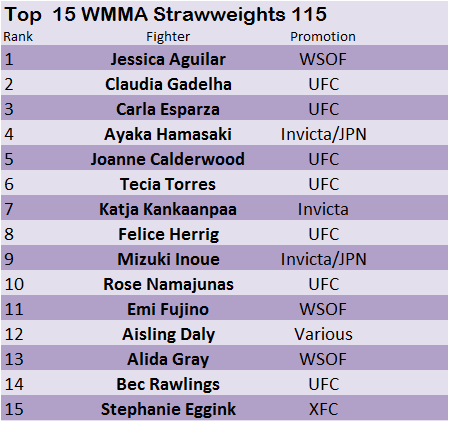 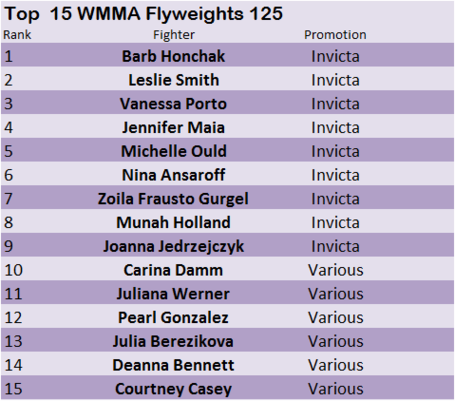 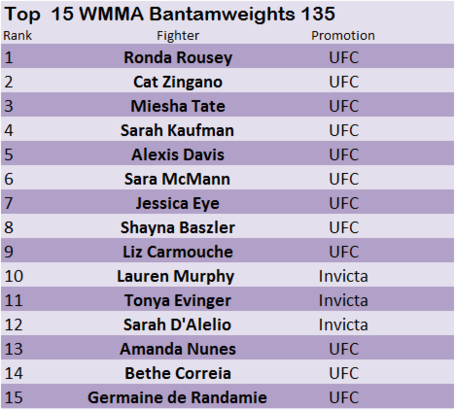 It is impossible to please everyone, especially when it comes to rankings, but I will go through each weight class that answers some questions/comments that I think will come.

- Julianna Pena and Miriam Nakamoto are not ranked due to long term injuries.

- The rankings of Sarah Kaufman, Miesha Tate, Alexis Davis and Cat Zingano are pretty much interchangeable. The only absolute, in my eyes, is Zingano being ranked above Tate.

- Finally, not only was Kaufman's win over Tate in 2009 it was also contested with 3 minute rounds.

- Kalindra Faria not ranked due to dropping to 115lbs Strawweight

- Every fighter going on TUF will absolutely still be ranked, and fights on TUF will count, but to a certain degree. Fighting 3 times in 6 weeks just isn't realistic today.

- Atomweights, such as Lisa Ellis and Jessica Penne will be removed if they make it on TUF. And depending how they do on the show will decide their strawweight rankings.

You can go here (may contain NSFW content). That's where I put all the extra (W)MMA stuff that I don't post on BE.

Alright. So...Do you like the center align? Want more info? Age? Record? Last fight? Pictures? Please let me know how I could change the formatting. "Previous rank" will be added in the next ranking.