Yesterday afternoon it was confirmed that UFC welterweight Thiago Alves was set to make his return to the cage against Seth Baczynski at UFC on Fox 11. Unfortunately, today has brought on a bit of unwanted and incorrect attention. News of Thiago Silva's arrest made its way to Fox News Latino, who incorrectly inserted a photo of Thiago Alves in their article. You can see the screenshot below: 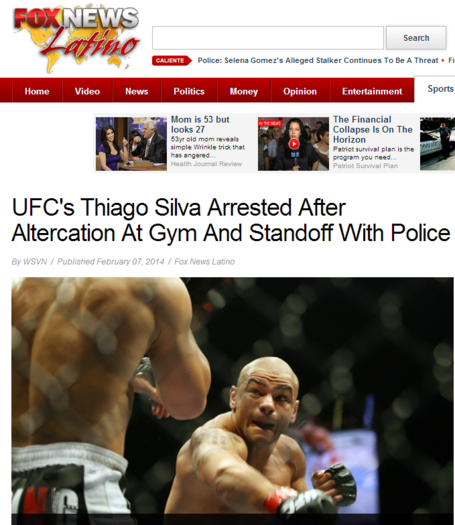 "@foxnewslatino: #UFC's Thiago Silva Arrested After Altercation At Gym And Standoff With Police http://t.co/fAKov1vqUe" it's not me people 👊

Fortunately, the article was finally corrected and replaced with a video piece. Even more inexcusable is the fact that when you hovered over the image the caption clearly read "Thiago Alves" for a 2008 fight with Josh Koscheck. It's definitely a bad mix-up and it gave Alves quite a bit of misdirected anger sent his way.

Thiago Silva in custody after armed standoff with police