Knuckle Up #432: Offers the most accurate take on MMA's SuperBowl in UFC 169

In Round #432 KNUCKLE UP host EUGENE S. ROBINSON [with the "S" standing for "SlapShot"] delivers a knockout slap, well, not even a slap really, more like a tap or a pinch, actually much like a goose, hmmm…OK: points a finger in the general direction of UFC 169 being exactly the kind of UFC that the UFC will deliver when the UFC is as ubiquitous as baseball and just as interesting. Questionable calls on a fight whose end was probably beyond dispute anyway, toe-to-toe slugging with the inevitable musical knockout chair in attendance and in general a good night of fights when really what you're used to is a great night of fighters. Hunh, what, eh? Nuance, baby, and philosophical sophistication and stories about porn stars, celebrity drug overdoses and what exactly would constitute a path past existential anxieties connected to long lingering championships. And, oh: a show from The Bunker that was so cold that it started to freeze the camera.

Share All sharing options for: Knuckle Up #432: Offers the most accurate take on MMA's SuperBowl in UFC 169

Eugene S. Robinson host of Knuckle Up and author of Fight: Everything You Ever Wanted to Know About Ass-Kicking but Were Afraid You'd Get Your Ass Kicked for Asking [Harper Collins], A LONG SLOW SCREW [Robotic Boot] and a play called THE INIMITABLE SOUNDS OF LOVE; A THREESOME IN FOUR ACTS [Southern] also sings for a band called OXBOW and appeared in Bill Cosby's Leonard Part 6, a Miller Genuine Draft commercial, and had his own TV show in Germany called? "The Eugene Robinson Show." He has two new records out now"SAL MINEO" with JAMIE STEWART from XIU XIU and STRANGER BY STARLIGHT...you should buy them. Or any of the ones by Oxbow for that matter.

And if you have troubles watching the vid on this player,watch it on YouTube.

And did we mention our sponsors? Skullgame.com? And have you bought a shirt yet? Nope? Would you buy a BADASS MOTHERFUCKER one? Well it'll be available for sale in the next week or so. And if you're very good? Eugene will even let you beat him up if you buy one. 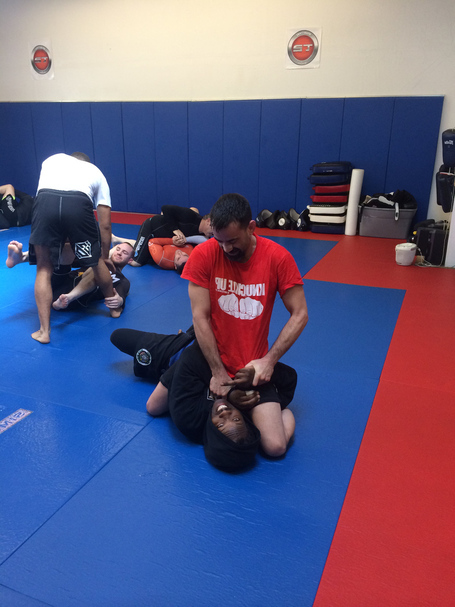