Before he fights Pat Cummins in the co-main event of UFC 170, he must make the weight limit of 205 pounds. In 2008, at his second Olympic Games, Cormier had to drop out of competition due to the effects of a reckless weight cut. Cormier is still coping with the guilt of spoiling his Olympic aspirations.

Share All sharing options for: Daniel Cormier Admits Poor Weight Management Caused Him to Drop Out of the 2008 Olympics

Long before UFC 170 co-main eventer Daniel Cormier had to make the light heavyweight limit of 205 pounds, he spent nearly seven years competing around the world as a freestyle wrestler at 211 pounds. At the 2008 Olympics, Cormier's second Games representing the United States, Cormier dehydrated himself so severely in making the weight limit, that he almost died, and had to forfeit out of Olympic competition. Fox Sport's Damon Martin posted an article which chronicles the results of the wrestler's tragic 2008 weight cut. (msn.foxsports.com)

Cormier got down to the required weight but hours later his kidneys shut down from the trauma endured to cut the extra pounds.  The former Oklahoma State wrestler went to a local hospital in Beijing to try and have fluids put back into his body, but nothing was working and his health just deteriorated from there.

Ultimately upon the advice of the doctors, Cormier was pulled from the competition and not allowed to wrestle at the Olympic games.

The article continues, discussing Cormier's disappointment with himself that he will now safely make a weight limit lower than the one he failed to make in Beijing.

205 pounds is six and a half less than the amount that Cormier cut in 2008 when his body slammed shut and wouldn't allow him to function the next day on the mats.  The former Olympian can't deny that he'll always be haunted by that day in China where his dreams disappeared like a puff of smoke in the wind and the images and memories of August 21, 2008 have entered his head on a few occasions as he starts shedding weight ahead of UFC 170 this weekend.

"One day I was real light and I could have made the weight I needed to make in the Olympics that day and the whole day was sad, it was kind of just ruined because I was thinking I missed out an opportunity to win an Olympic gold medal by just not being disciplined and committing myself to what I needed to be committed to."

Many MMA fans are aware that Cormier's weight cut cost him a shot to compete at a second Olympics, but most do not realize the anger this caused in the wrestling community. Through weight mismanagement, Cormier squandered his country's single 211 pound spot at the Beijing games, a spot dozens of other American wrestlers dedicated their life to obtaining. Wasting something as precious as an Olympic berth rose to the level of scandal, and it's refreshing to hear that Cormier admits to his fault in the process.

The tragedy of Cormier's failure to properly handle his weight loss was compounded by the fact that Team USA lost its most decorated wrestler when it needed him the most. Cormier placed third in the world in 2007, and had done his best wrestling of his career in the eighteen months leading up to Beijing. Furthermore, the United States freestyle wrestling team had a disastrous Olympics in 2008, salvaged only by a surprise gold medal by Henry Cejudo on the final day of competition.

The 2008 Universal series A Shot at Glory (link takes you to the complete show), provides some insight into how poorly Cormier dealt his weight going into the 2008 Olympics. An episode of the show catches up with Cormier only a few weeks away from the Games, and documents his preparations. The issue of Cormier's weight comes up, and the cameras show the Olympian register over 240 pounds when he steps on the scale. 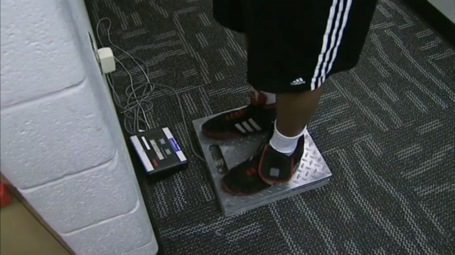 Cormier put himself in position to need a rapid and dangerous weight cut for the 2008 games, and now must live with the fact that this cost him a chance to fulfill his dreams. On a positive note, it appears that an older and wiser UFC-version of Cormier has handled his current weight loss responsibly, and this bodes well for his future as a light heavyweight.