Invicta announced the signing of 15 fighters including 7 strawweights. Get the lowdown on these talented, but lesser-known fighters.

Invicta is still breathing with the signing of 15 new fighters. I never really had any doubts Invicta was close to folding, and I think this news proves they have life in them. I covered 7 of the signed fighters here, and will cover the rest below

The biggest signing would have to be Joanna Jedrzejczyk (who I still cannot spell without google). I have her as the #10 Flyweight, but it seems she will be dropping to 115. The impact of the UFC is clearly influencing many girls to move up and down. Joanna is an all-around talent. She can kickbox and solid, solid grappling. She's definitely someone who should be making their way up the strawweight ranks fairly quickly, especially if the cut doesn't hamper her game. Great signing.

Check out this highlight from SIX years ago, very nice technique... should have a strong advantage over most on the feet

Geugjes has only had one MMA fight, a first-round armbar loss. She seems to be a striker, but is very aggressive and often finding herself locked in a clinch. Not good if she wants to keep the fight on the feet in MMA. It's becoming commonplace to hear/read "what SHE'S a fighter!?" and Geugjes is no different. 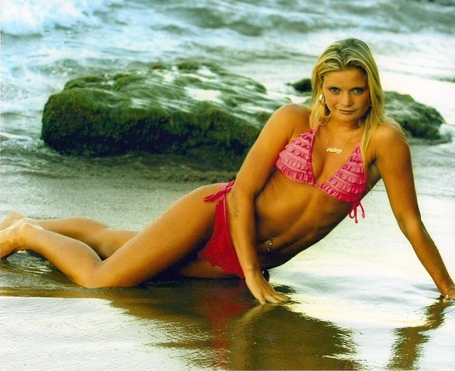 Geugjes, who will likely have the nickname "Gorgeous Geugjies" soon, getting her supermodel on

Made her pro debut against a very tough opponent in Sarah Alpar. On paper, Alpar should have taken the win, but Owen battled hard and once she got a hold of Alpar in round 3, she wasn't letting go of her. She showed an urgency I love, securing the rear naked choke finish moments after. She has an extensive amateur background going 7-2. She went 3-1 to finish her amateur career, losing to a very good prospect in Hannah Cifers before making the aforementioned successful pro debut. Delaney Owen looks to be a tough out for anyone and I'd put her in a Ashley Cummins, Emily Kagan kind of upside if I must.

Undersized for flyweight. She's small for her division. She has excellent offense and instincts, but I think a drop to strawweight would help a lot. She clearly has skill and technique. Nice chaining of striking to takedowns. She seems to get reversed, which could indicate she's fighting stronger girls. Man, I don't know if it's just a coincidence, but I'm noticing a lot of girls that might have an appeal outside of what they do in the cage. Also interesting, she trains out of "Jesus is Lord Gym" in Hawaii. "A typical training week is Monday, Wednesday and Friday from 6:30-9:30 PM. Our regimen includes 1/2 hour of bible study and prayer before working out and we close in prayer after the 2 1/2 hour physical training." Maybe, they could get Vitor and Diego in for a few sessions? 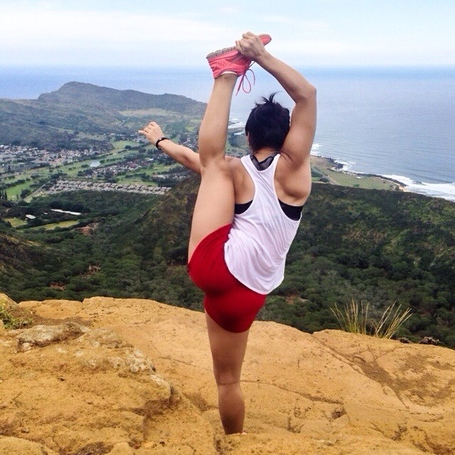 TUF Castoffs and girl who beat Coenen and trains with Miesha

All the signings:
105lbs: Amber Brown
115lbs: Herica Tiburcio, Joanna Jedrzejczyk, Livia Renata Souza, Karolina Kowalkiewicz, Ashley Greenway, Mellony Geugjes, Delaney Owen
125lbs: Rachael Ostovich, Valerie Letourneau
135lbs: Irene Aldana,  Cindy Dandois, Peggy Morgan, Roxanne Modafferi (hopefully she's going to 125)
145lbs: Faith van Duin
The strawweight division is absolutely stacked. You'll see the quality won't diminish too much, whereas Invicta losing girls like Sarah Kaufman, Baszler and Alexis Davis to the UFC is a much higher standard than Peggy Morgan or Modafferi.
Age:
25 and younger = Seven Fighters
26 - 29 = Six Fighters
30+ = Two Fighters
And again here's the article where I went over the girls I didn't cover here. I strongly believe Invicta will survive and when we look back in history we will point to Invicta as the backbone of WMMA.