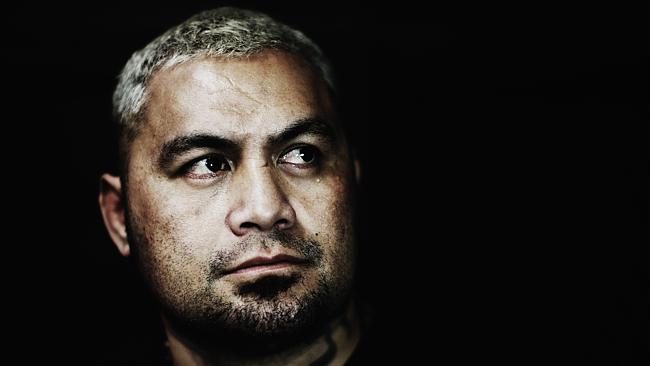 All eyes will be focused on the main event from Mexico City in just a few days at the sold out Mexico City Arena. No doubt the 21,000 plus fans in attendance will be thoroughly entertained, taking in the spectacle of it all. However, some fans are not entirely impressed with the UFC 180 fight card, I guess that's to be expected when a list of injured fighters pull out over the course of a few days, including the heavyweight champion Cain Velasquez, who has been the centrepiece of it all, aptly named the "meal ticket" in to the Latin American market by UFC president Dana White. Ok, so not quite as they planned it, things had to be reshuffled and the UFC machine had to keep rolling. Cue Mark Hunt, the father, a 40 year old 300 pound man, hanging out with his family, gets an opportunity he could not refuse.

With an MMA record of 10 wins, 8 losses and 1 draw, on paper, would not be considered your likely candidate as top contender for the heavyweight title, some even question why he's ranked 4th in the division. The former 2001 K-1 World Grand Prix champion reminisces, a time when he naively entered the world of mixed martial arts back in 2004, he thought it was an "easy sport," soon enough that perception changed, facing new challenges against the world's best mixed martial artists. His talents and notoriety as being one of the best strikers in the world could only take him so far, having a string of back to back losses, which Hunt claims was due to his lack of focus at the time, his 6 fight losing streak came to a halt when he threw an uppercut and knocked out Chris Tuchscherer at UFC 127, starting a resurgence of his career, as well as his fan favourite signature walk off. Undeniably his story remains remarkable in MMA. Knowing what he has overcome, receiving the opportunity to step in on 3 weeks’ notice for an interim title against Fabricio Werdum, and having to deal with a few more hurdles to get one step closer to greatness. That's the inspiring underdog story we all love.

"I can knock anybody out" says Hunt after his knock out walk off of Roy Nelson, with such belief he has managed to sustain a career in MMA, at the highest level, what's more astonishing is that with sheer brute force and a granite chin he has managed to stay relevant in a division that's arguably the best it has ever been, his ground game is near enough non-existent and it's easy to see why when he's awkwardly manoeuvring in his opponents guard. He has gone thus far only relying on his striking techniques, which may not be clearly evident on the surface of his brawling style but it's there. It's not luck but heart and determination for a fighter to be where he is now. Which leads me to believe, how much of his resurgence is credited to his new found faith in god?

In his recent interview with Ariel Helwani, Hunt seemed distant and yet willing to share a glimpse of some of the things that were on his mind, constantly jumping from topics and throwing hints of a really tough upbringing. He spoke of turning things around from a negative to a positive, 24 years of fighting experience and still being overlooked, not having a martial arts pedigree, not being able to afford martial arts lessons as a kid. Taking fights on short notice, drinking, partying and doing it just for the money, eventually losing interest in fighting all together. Hunt then talks of the major change in his life, he says "I found Christ, I found faith," he believes fighting was his gift and when asked if he was nearing the end of his career, he pointed out "it’s not up to me, you know, it’s up to god." Reaffirming his belief.

Religion in sports has always been around, but what's most fascinating, is that there's something profound going on when a fighter reaches that positive and humble mind set. This is not new in MMA nor in sports for that matter, Muhammad Ali famously said before his 1974 bout with George Foreman, "How can I lose with Allah on my side?" Does a strong belief system bring out moments of brilliance when your mind is rest assured that God has your back? The fact is and many atheists would agree that the notion of religion does have an effect on your performance. As long as there's real conviction in the belief and removal of any doubt can boost performance on fight night.

We've seen the aftermath in post-fight interviews where fighters, pumped on adrenaline, would immediately thank the higher power that have helped them through tough moments, in a way strengthening their belief further. Some people get turned off when a fighter gets all religious and "preaches" too much. Conor McGregor and his coach John Kavanagh jokingly said "Jesus loves knockouts" but let’s be serious for a moment, take away what the ideology says and see it for what it really is, it's a placebo effect that gives a fighter the will to survive and use it as an advantage in a high pressure situation. Pride legend Fedor Emelianenko attributes his MMA career to God "If a man is a believer, he can do anything. A sportsman, for example, also trains his spirit. There are situations you need to force yourself into doing things you don’t really have the power to do." When asked another legend of the sport "do you believe in God?" Anderson Silva replied "I believe we must have faith. God is a higher being, which provides us good things, gives us the opportunity to be here." Jon Jones may not display the stereotypical Christian behaviour through some of his prior mistakes but one thing for certain is that god is forgiving, and Jon Jones is a spiritual person; he has a solid foundation in his belief. Tattooed on his chest is the biblical scripture Philippians 4:13, which reads "I can do all this through him (God) who gives me strength."

Certainly we see the same spiritual side to Mark Hunt and that's the kind of inner strength he will need to rely on, to overcome a plethora of issues that have surfaced from taking this fight on short notice. Hunt seems to be dealing with a lot of personal issues too, it's not known what they are but it will only add to the number of things going against him, "I shall overcome it." he says, Surely his chances are slim, but is he only an accurately placed punch away from reaching his goals, "I'm here to win, I'm not here to lose, I'm here to knock him (Werdum) out, I'm here to take my spot" says Hunt.