A college kid made the mistake of trying to interrupt weatherman Jim Cantore during a broadcast, and he paid the price.

During a live weather show, one unfortunate college kid decided to get himself some fame and glory by crashing Jim Cantore’s broadcast. What he didn’t know at the time is Jim Cantore is a badass with Anderson Silva level Muay Thai skills. Here’s a breakdown of exactly how Cantore deals with hecklers using nothing but his knee and their groin.

First, we hear the intruder yelling the traditional war cry of his people. Cantore’s bat-like hearing picks up on the threat and he subtly shifts his weight towards his attacker in preparation of his next move. 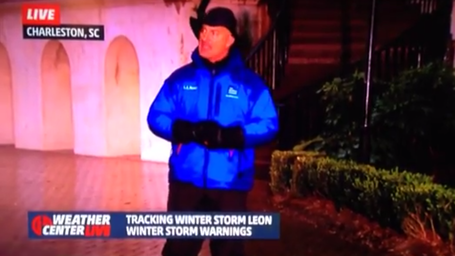 As the interloper comes within contact range, Cantore stares straight at the camera - because looking at what you’re about to hit is for rookies - and proceeds to deliver a brutal, Tong-Po strength knee directly to his opponent’s groin. It has been well established that kneeing someone in the nuts while not looking at them is three times more effective and nine times more badass. 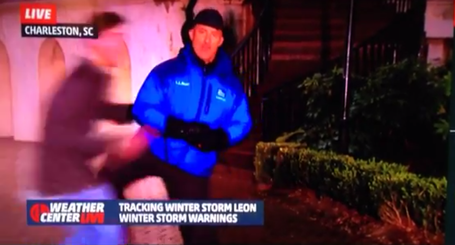 Demonstrating impeccable technique, Cantore proceeds to pivot on his foot to allow the transference of force to be completed; from his manly feet all the way up to his adversary’s badly injured babymaker. 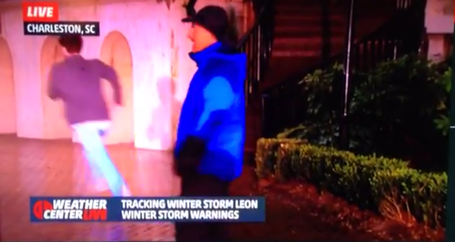 His foe takes the only course of action available in the face of such a devastating Muay Thai assault; he turns and flees for his life, knowing he will forever rue the day Jim Cantore took away his ability to have children. Cantore himself makes a sarcastic, "Obviously here at the college they’re already having a good time," remark, safe in the knowledge he is cleaning up the gene pool, one knee at a time.

Reports that Cheick Kongo trained Jim Cantore could not be confirmed at the time of going to press.