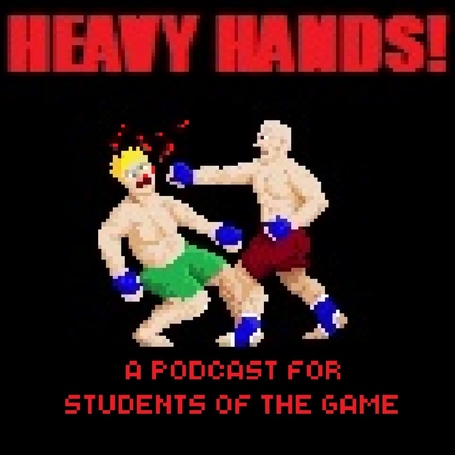 Welcome. You are reading the highly anticipated third installment of Sexiness vs. Deadliness, in which I and one of the many (not really) ladies in my life make fight picks for an upcoming UFC event. She picks fights based on the attractiveness of the fighters, and I make picks based on analysis of their fighting skills. The original article, as well as every episode of my fight analysis podcast Heavy Hands can be found here.

In the second round I picked against my girlfriend Brittany for UFC Fight Night 33: Hunt vs. Silva. Though my own picks were far from perfect, deadliness proved to be the more decisive factor in fight picking, going 7-4 to Sexiness' meager 5-8. Either Brittany doesn't know what sexy looks like (which would say a lot about why she's dating me), or else deadliness is just a more reliable prediction factor. Only time will tell, and Brittany's back again in an attempt to prove that the results of Fight Night 33 were nothing more than a series of flukes. Before we dive into the predictions, let's look at the total scores for the last two events.

Deadliness has now pulled ahead into a comfortable lead, but I'm not going to let that make me complacent. If the post-2011 version of Matt Brown has taught us anything, it's that an unimpressive record does not necessarily denote an unimpressive future. Sexiness may have fallen behind, but that only means I've got to start looking over my shoulder.

Now let's get it on, starting with the first preliminary fight. The acccompanying photos are the ones that Brittany used to make her picks.

Brittany's pick: A single glance at this match-up showed me that Harris has one of the biggest tickets I’ve ever seen. I’m glad he’s so excited for the fight. Walt Harris, by his personality.

Connor's pick: Harris is just a better fighter than Krylov. Both men are coming off of UFC-debut losses, and both lost largely due to insufficient cardio--such are heavyweights. But Harris looked so much better than Krylov in his defeat, I can't possibly pick against him. But I do need to talk to my girlfriend about her pick... Walt Harris by TKO, round 2.

Brittany's pick: Despite the fact that George Sullivan looks like a he could be a hairless cousin of the loveable James P. Sullivan from Monsters Inc., Mike Rhodes looks like the demi-god incarnation of all of my rap inspired fantasies. Mike Rhodes, by the swag of his lean.

Connor's pick: Rhodes is the far more well-rounded fighter, with some very solid regional-circuit names on his record. His only loss is to Brandon Thatch, and judging by Thatch's debut, there's nothing about that to be ashamed of. Mike Rhodes by TKO, round 2.

Brittany's pick: I want to pick Mike, because I think he’s handsome in the face, but I swear to god I keep coming back to look at Cruickshank’s nipples, which are clearly superior. They’re like a focal point in a painting by Vermeer. It has to be Cruickshank, by the nipples.

Connor's pick: Mike Rio seemed like he had potential at one point, but I'm starting to think he doesn't belong at the UFC level just yet. Cruickshank definitely belongs, and I've already pegged him as a divisional standby for years to come. I doubt he'll ever challenge for the title, but he'll be one of those guys that's always putting on exciting fights, and he'll make a great mid-tier gatekeeper. Cruickshank by TKO, round 3.

Brittany's pick: Maybe it’s part of his image, and I get that, but I can’t abide Viana’s mutton chops. In their proper place, on a plate beside a twice-baked potato, certainly. But on a face? Certainly not. Junior Hernandez, by his tasteful facial hair.

Connor's pick: I'm not all that intrigued by this fight, to be honest, even though plenty of folks are high on Viana right now. I'm going to just ride that hype train, since I'm don't have any strong feelings either way, other than the fact that Viana obviously has more UFC experience. Hugo Viana by Unanimous Decision.

Brittany's pick: I have an appreciation for people who have the confidence to get tattoos, but Meza’s chest looks like my Lisa Frank trapper keeper from the third grade. Chico, by his thoughtful tattoo placement, and because he has the name that people only dare to dream of giving their children.

Connor's pick: This fight is a genuine tossup. Camus recently lost to Dustin Kimura, which isn't shameful, and he beat a tough, athletic opponent in Kyung Ho Kang. Meza's coming off a win over John Albert, having suffered defeat at the vicious hands of Chad Mendes just before that. Er... Both guys are decent, so I'm going with my gut, and the ol' keg says Meza by Split Decision.

Brittany's pick: This match-up is still hours away and Jabouin already looks worried. Even though Yves’ nickname is "Tiger", it looks like Wineland has the killer instinct, and judging by how low he’s wearing his shorts, I’d be willing to bet that Eddie can turn on the barbarism in a heartbeat. Wineland, because he’s a low rider.

Connor's pick: Jabouin is being sacrificed to Wineland here, plain and simple. I don't like to see that happen to someone like Yves, who always puts on a good show, but that's the way of things in the fight game sometimes. There's no ouin he beats the former WEC champ. Eddie Wineland by KO, round 2.

Brittany's pick: I’ll set aside my bitter grudge against the Pettis family (the clan responsible for dethroning Benson Henderson) for the sake of the fairness of the sexiness pick. That being said, Sergio Pettis is the ugliest, foulest, most horrible--!

Truthfully, I see a resemblance between Pettis and ‘V’ from V for Vendetta (a classic almost as groundbreaking as Monsters Inc.). However, despite the boyish charm of Alex’s hair, he’s a man. A big strong man. And his photo looks less photo-shopped. Alex, by embracing natural beauty.

Connor's pick: Who does Sergio Pettis think he is, sporting the nickname "Phenom"? It takes more than a feux-hawk to stand among those heights, kid. Pettis the younger has promise, but he lacks the creativity and fluidity that makes his big brother so special. Both guys have a tendency for close fights, but Caceres has more of them in the UFC. Alex Caceres by Split Decision.

Brittany's pick: I have to give Elkins credit where credit is due; he has some amazing eyebrows. It’s a pity they rarely come down from his hairline. As for Stephens, I like that when I un-focus my vision, his heavily-browed eyes become the black abyss of the undead. Stephens, by his mean mug.

Connor's pick: Stephens is getting an awful lot of hype at featherweight for beating someone who never tried to take him down. He's always had the ability to do that, but unfortunately Darren Elkins is unlikely to be so conciliatory. Elkins is a grinder through and through, and Stephens doesn't have a reputation as a strong wrestler. I hope Stephens brings a pillow, because he's gonna by lying on his back all night. Darren Elkins by Unanimous Decision.

Brittany's pick: You know, I didn’t think that I would be swayed by the visage of a man called "Cowboy," but I find myself rethinking my snap-judgement. Cerrone looks like Jason Statham would if that squinting bastard were attractive. And it turns out that Cerrone’s legs, which I initially mistook for crumbling stone pillars (seriously dropping his sexiness score), are actually tattooed. Thank god for that. Martins already looks so smug that I think winning the sexiness pick might make him an asshole. Cerrone, by overcoming the incredible odds of changing my nick-name biased opinion.

Connor's pick: Cerrone is least safe safe pick ever. He has all the skills to beat Martins, but he also has all the inconsistency to lose to him. In fact, Martins possesses many of the things known to trouble Cerrone: he's a southpaw with reach and a willingness to attack the body. I'm banking on the fact that Cerrone will take over with his aggression before Martins can get out of first gear, since both guys are somewhat slow starters. Cerrone by Unanimous Decision.

Brittany's pick: I may want to change my pick after this fight, because Gonzaga looks like he’s got enough testosterone to wreck the Empire State Building, not to mention Miocic’s inconsequential face. But, in the mean time, Miocic’s got my sexiness pick. Miocic (god help him), by his less frightening stature.

Connor's pick: This is another tough one to pick. Gonzaga has power, and perhaps good enough kicks to give Stipe trouble, but I expect Stipe to play things relatively safe and use his movement and straight punches to keep Napao at bay for the length of the fight. Miocic by Unanimous Decision.

Brittany's pick: Do not be deceived by the squareness of Thomson’s jaw, or the length of Ben Hen’s shorts. Ben has thighs like the Spanish Armada and abs like tectonic plates. If Thomsom expects to win by overwhelming Ben with his good looks, he’s got another thing coming. Benson looks in the mirror every day, and the fact that he can look away from his own beautiful, beautiful reflection means that Thomson’s seductive tactics don’t stand a chance. Benson Henderson, by a landslide.

Connor's pick: Tough one to pick, but I feel my hand is forced. Henderson gets my pick just because he is more consistent. Even in close fights, he looks good. Thomson, on the other hand, has had more than his fair share of unimpressive performances. The one that sticks out to me the most is his last fight against a strong wrestler; Tatsuya Kawajiri had his way with Thomson on the ground, and I expect that Ben Henderson will be capable of the same kind of domination. Henderson by Unanimous Decision.

For more like this, as well as fight analysis and interviews with fighters and coaches, check out heavyhandspodcast.com.

UPDATE! For the first time in the short history of this series, Sexiness wins! Brittany's picks outperformed mine by one, with the final score at Sexiness: 8-3, Deadliness: 7-4.

Now excuse me while I go fix myself a drink, and turn in my resignation from the BE staff.