A little over a week ago Tito Ortiz was arrested under suspicion of a DUI after wrecking his Porsche on the 405 Freeway at 4:30 in the morning. Now the photos of his damaged car have surfaced.

As one of MMA's gifts that keeps on giving, it's only right that we get all the details from Tito Ortiz's recent brush with the law. After wrecking his car in early January (on the way home from a BCS party at the Playboy Mansion) Ortiz was arrested with the suspicion of driving under the influence. I'm not sure that the pictures bear it out, but TMZ Sports is reporting that his car is a complete write off after the accident. Check out the photos for yourself: 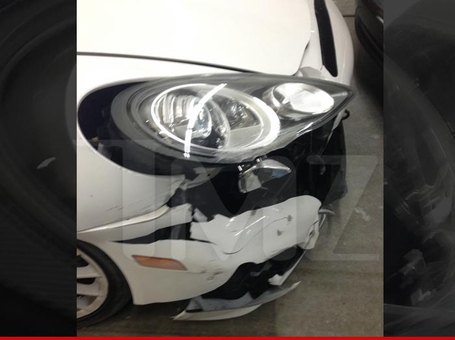 And from the reverse angle: 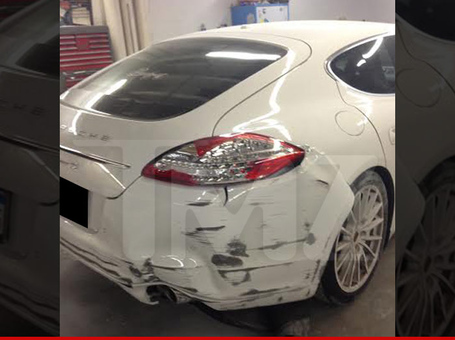 Unfortunately, with the scrapping of his most recent fight, Tito won't even have any of that Bellator money to bail him out. Hopefully those Punishment Athletics commercials are bringing in the checks; maybe another appearance on TNA is in order. No news yet as to whether or not Ortiz will be facing any charges, but we'll be sure to keep you updated.