On the latest Asian MMA Update: The UFC has announced plans for Singapore and Philippines in 2014, TUF: China had tryouts narrowed down to 58 fighters, and UFC veterans Riki Fukuda and Issei Tamura set to compete in Korea, and lots more.

There's a bunch of news coming out of the Asian MMA scene, so let's get right to it. First of, the UFC has big plans for their expansion in 2014, and while plans for multiple countries have been mentioned, there's already one country that has been booked and finalized -- Singapore: 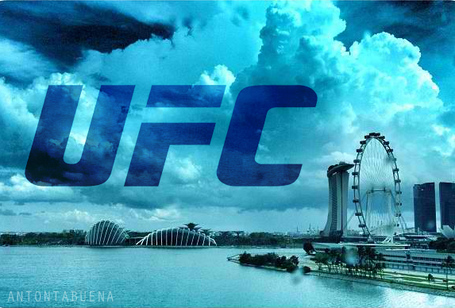 Last July, the UFC announced plans to host a show in Singapore, which is to be an intimate and exclusive event at the Marina Bay Sands. Fast forward to the present, and a date has already been set as Forrest Griffin and Mark Fischer went to Singapore to make it official:

"This marks a bold step for UFC's expansion in Asia and is the first of a series of events in Asia planned for 2014," Mark Fischer said as he announced details about the January 4 event, "After kicking off the year in Singapore, our fans can expect several other UFC events around the region on the docket next year, including two more fights at the Venetian's Cotai Arena in Macau. We know many fans in Singapore and Southeast Asia have been waiting to experience the excitement of a live UFC event, and this will certainly be a great springboard for our continued development in this part of the world." 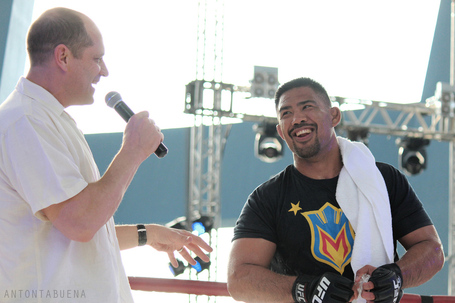 Earlier this year, Mark Fischer predicted that a UFC event in the Philippines would happen in 2014. The large fan base in the country has been teased with this idea for years now, but following UFC Fight Night 27, Dana White has followed up saying that the long overdue show in the country is indeed a done deal.

Mark Munoz, Brandon Vera, and Eddie Yagin are the most popular Filipino fighters on the roster, but there are a bunch of talented local fighters out there as well. If ONE FC is unlikely to release the Filipino fighters they have under contract, the most likely candidate for a call up could be unbeaten star Mark Striegl (12-0), who is currently with the PXC, a promotion that regularly allows their stars to move to the UFC. (More on Striegl's next fight below)

Tryouts for TUF: China happened in Beijing, Macau, and Singapore recently, and according to an announcement, out of over 150 applicants Sean Shelby and the team has narrowed down the field to 58 fighters. These fighters have passed through the basic striking and grappling workouts along with an interview to assess their personality. Following more medical evaluations, this will then be eventually trimmed down to 16:

"We saw some pretty impressive talent from around Asia in our tryouts in Beijing, Singapore and Macau." Mark Fischer said, "Through The Ultimate Fighter China, we are not only developing the next generation of Chinese UFC fighters, but also introducing UFC to millions of new fans across the region."

"They will train with China’s top coaches, meet UFC veterans and local celebrities. For these 16 fighters, however, this is more than just a TV show. This is the opportunity of a lifetime as they embark on the mission to become the first ultimate fighters from China."

Related: Vaughn Anderson, coach of China's best MMA camp, talks about the state of MMA in the country.

The show will have 12 episodes and will be filmed for 6 weeks in Shenyang, Liaoning. The show will air in December, on Liaoning Satellite TV, which will reach more than 830 million viewers across China at weekend prime time. The live finale will happen in March at the Cotai Arena in Macau. 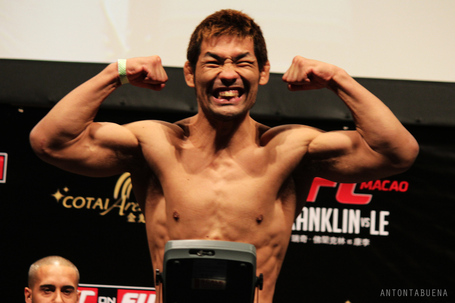 Korean top promotion Road FC, is quickly establishing themselves as one of the best promotions in Asia. Regularly hosting shows with some of the top Asian prospects, they've also recently picked up several established stars such as Joachim Hansen, Michihiro Omigawa, and Issei Tamura.

Their most recent signing includes talented Japanese fighter Riki Fukuda, who has recently been released after a 2 year stint with the UFC. Unlike most fighters released by the UFC, the former DEEP champion never actually lost two straight with the promotion. He went 2-3 with the UFC, including a highly controversial decision loss against Nick Ring where he received his win bonus.

UFC vets Tamura and Fukuda will both be competing in Road FC 13 on October 12, which will be headlined by a highly anticipated lightweight title rematch between Nam Yui Chul and Takasuke Kume, along with the semifinals of their Featherweight GP.

OLE LAURSEN MAKES HIS RETURN WITH DARE IN THAILAND 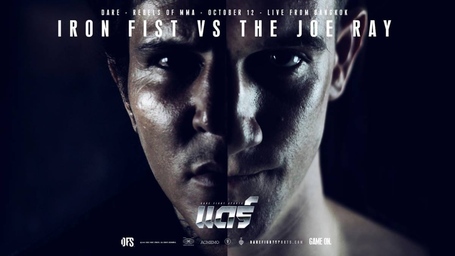 Thailand's DARE Fight Sports next event happens on the same date as Road FC 13, and it will mark the return of one of the more popular stars in the region. After being frozen since the instant classic against Eduard Folayang on March 2012, Ole Laursen (6-3) will finally make his MMA return next month. He will move back up to welterweight to take on a Strikeforce veteran who also made his name in Thailand in Joe Ray (10-3). With both guys having big power coupled with extensive Muay Thai backgrounds in Thailand, this promises to be an explosive match up likely to end up with a knockout.

ONE Fighting Championship's 10th event happens on September 13, and two of the featured bouts to get excited about are the lightweight contest between strikers Vuyisile Colossa and former ONE FC champion Kotetsu Boku, along with a flyweight title eliminator between 'BJ' Shinichi Kojima and Andrew Leone. Check out the preview videos below:

September will be a treat for fans in the region, as the same weekend as that ONE FC 10 event in Jakarta will have yet another high quality card from Pacific X-Treme Combat in the Philippines. The line up already features URCC champion Jessie Rafols and top prospects Zebastian Kadestam and Roldan Sangchaan, but the most anticipated bout on the evening by far will be Mark Striegl's chance for a title, when the unbeaten Filipino star takes on Jang Yong Kim for the PXC Featherweight strap. Check out the promo below: