On the latest Asian MMA Update, ONE FC 10's Kojima vs. Leone headliner gets scrapped due to injury, Megumi Fujii has a retirement match set for VTJ, and top gyms Evolve MMA and Jackson's MMA have formed a partnership.

There's a bunch of news coming out of the Asian MMA scene, so let's get right to it:

ONE Fighting Championship hosts their 10th event this Friday, but unfortunately their headlining bout between Andrew Leone and Shinichi Kojima has been scrapped as the former suffered an injury. ONE FC officials announced the news today and according to Daniel Fletcher, who is close to the Phuket-based American, Leone suffered an injury to his meniscus and won't be able to compete on the card.

This wasn't the first time a headliner got pulled off the line up for the Jakarta event, as Leone himself was also a replacement. The original bout was supposed to be a fight between Shooto legends BJ Kojima and Yasuhiro Urushitani for the inaugural ONE FC flyweight title. The co-headliner between former ONE FC champion Kotetsu Boku and Muay Thai expert Vuyisile Colossa has now been bumped up to the main event.

For those in Asia, the card will be televised at Star Sports, and for the rest of the world, it will be available at an online stream. Prelims will be shown here on BloodyElbow.com for free, while the main card will be $9.99. 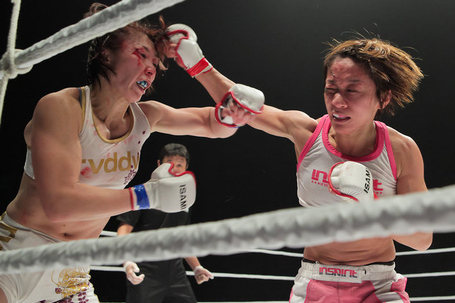 On October 5, the long time ruler of Women's MMA will have her retirement match at Vale Tudo Japan as Megumi Fujii (26-2) takes on Jessica Aguilar in a rematch of their close and somewhat controversial bout. The two women, who are widely considered as the best 115 lb fighters in the world, first met last year at Bellator 69 with Aguilar receiving a nod from the judges in a very close affair.

The 39-year-old dubbed as "Mega Megu" has dominated the Women's MMA scene for most of her 9-year career, with her only two defeats being razor thin decision losses during the latter stage of her career. She has a chance to erase one of those contested decisions on her last match, and it will be interesting to see if she's capable of beating her much younger foe before hanging it up. 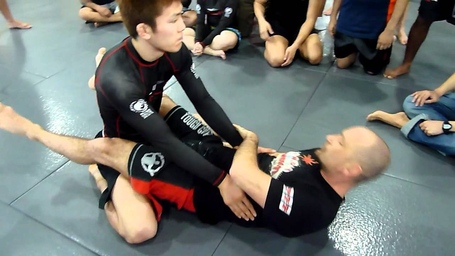 Two top camps from the United States and from Asia have formed a strategic partnership with Evolve MMA, and Jackson's MMA set to begin sharing "training knowledge, coaching methodologies, fight strategies, and other fight-related experience". The two camps will also have exchange programs where fighters and coaches would be able to fly in and train at both locations.

According to Greg Jackson "It is a wonderful partnership that truly brings together the best of the West and the best of the East in terms of martial arts knowledge and experience. The combined wealth of championship experience from both of our coaching staffs will really accelerate the learning, progress, and development of fighters for both Evolve MMA and Jacksons MMA."

Evolve has dozens of world champions from separate disciplines such as Muay Thai, BJJ, Boxing, and Wrestling, while also having established MMA stars such as Shinya Aoki and Rafael Dos Anjos. Greg Jackson's camp on the other hand has a fantastic overall MMA resume and they house several current and former UFC champions. With their strengths, both camps feel like this would be mutually beneficial, and we are more likely to see the fruits of this partnership when the UFC accelerates their Asian expansion with multiple shows planned for 2014.

Prior to flying to Canada and having camp at Firas Zahabi's Tristar Gym to prepare for his Bellator 100 bout against War Machine, the film crew from Legend FC was able to capture Vaughn Anderson training with world class Sanda fighters in China. You can watch the clip below where Blud teaches these Chinese fighters some grappling and then joins their elite fighters for some Sanda workouts.