Last night's UFC 163 main event showed a different side of featherweight champion, Jose Aldo. We got to see a more patient fighter, more than willing to follow corner instructions. One thing that never left him was his killer instincts. When opponent, Chan Sung Jung separated his shoulder, it was almost as if someone had chummed the proverbial waters, because Aldo pounced on that poor Zombie kid like a shark to a wounded seal. If I weren't such a bloodthirsty fight fan, I might have averted my eyes. Instead, I just yelled at my TV a little louder, drooling on myself like some lunatic child at a Barnum & Bailey's circus.

One person that appears to have been unimpressed with Jose's performance was former opponent-to-be, Anthony Pettis. If we go by his tweet immediately following the event, we can infer (because that's what fight fans do to make things more interesting) that he didn't find Aldo's performance to be that awe inspiring. You decide for yourself and get back to me in the comments. 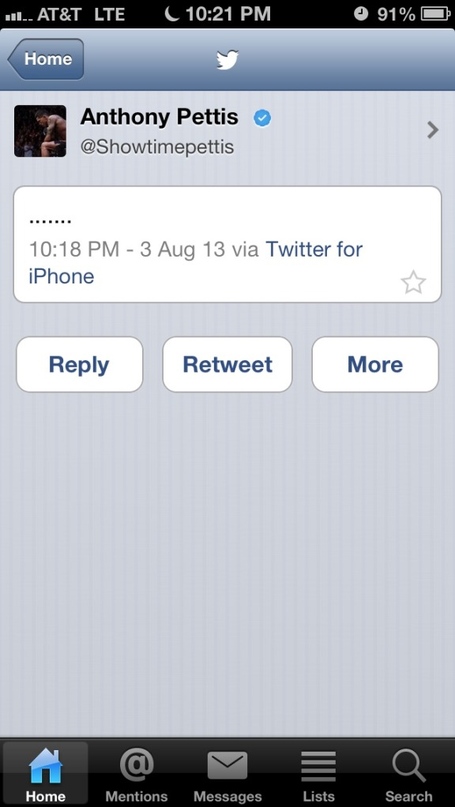 Image courtesy of UGCTT_AndersonKnowsHowToNap from The UG