Hello everyone, I missed this event because of my 1st wedding anniversary so I have no idea what happened other than the final results and how they happened via Zombie Prophet's .gifs. I was expecting at least 3 dozen people to score no less than 500 points each considering that this was yet another Brazil card full of WWE Superstars level squash matches, but nobody even broke 100. Everybody basically submitted everyone else and Thiago Silva used his brain by KO'ing Beans to earn himself the KOTN bonus (as well as the FOTN bonus). Now we will see if that same brain he used to KO Feijao will aid him in passing his drug test.

I would like to expand for a moment on Thiago Silva's brain. It is oddly capable of incredible highs and stupifying lows. Let's take a look shall we?

Now to the results:

sgiblin's strong performance sees him rise to the top where he is joined by Sugel and PG veteran phenylenginerods. Four of the top 10 players are first-round picks. (Again, Spam)

Pictures can be viewed in this imgur album. 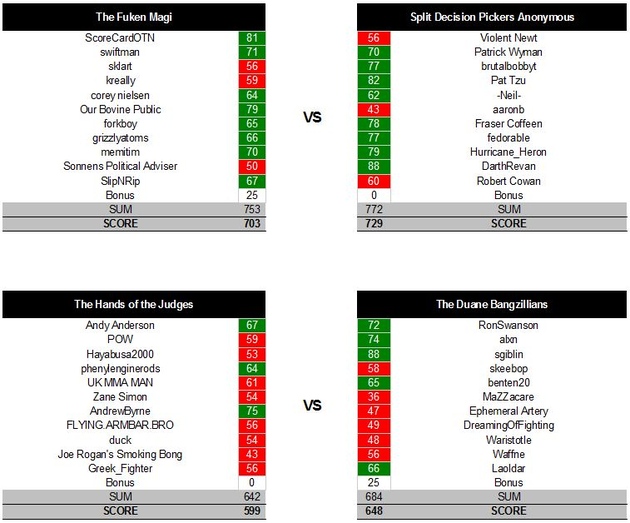 Winning the H2H matchup was not enough to save The Fuken Magi as they fell to Violent Newt and his fukin dikhead mates. The Duanes needed to H2H to BARELY squeak by 2nd most hopeless captain Andy Anderson's squad and maintained their perfect record in the process. 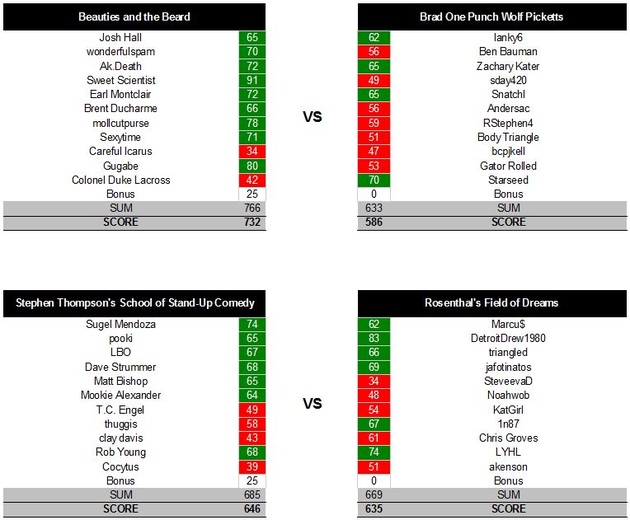 Greater Hall and The Beauties posted the highest team score of the event and put a gruesome beating on lanky6 and his crew of flunkies. In the other D2 matchup, Sugel Mendoza's team outlasted Marcu$$$'s pot farmers despite a great performance by DetroitDrew. Alas, it was not enough for the Field Of Dreams. With their win, The Beauties got themselves into a non-wildcard playoff spot while the Wolf Picketts found themselves in Bland Prix territory. 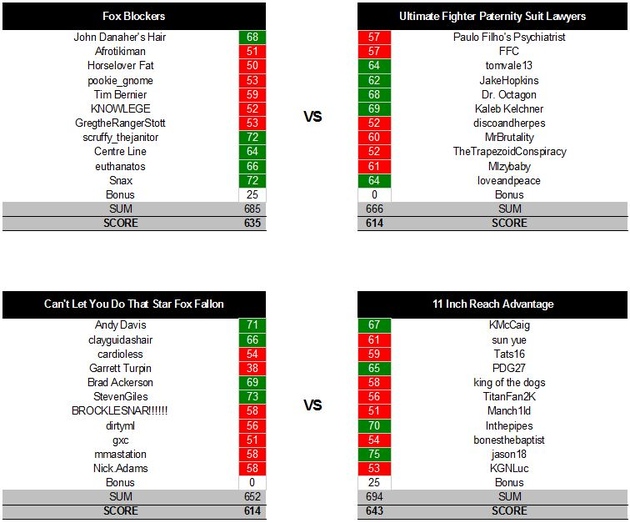 JDH got a stellar effort from his late round picks to win this week's contest against the oft-drafted inadvertantgroinstrike's team. Rounding out the division, the 11" Reach Adavantage grabbed another victory, this time against the other Fallon Fox inspired team. 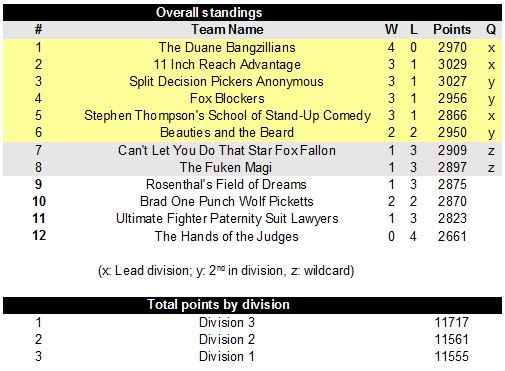 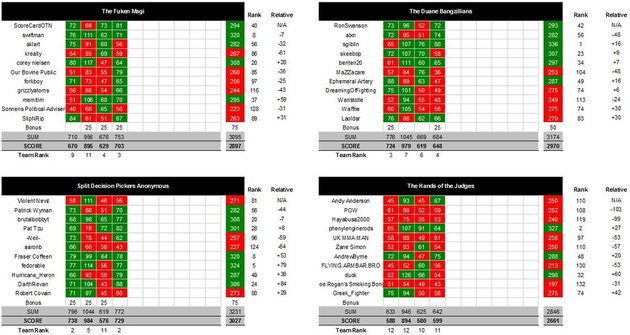 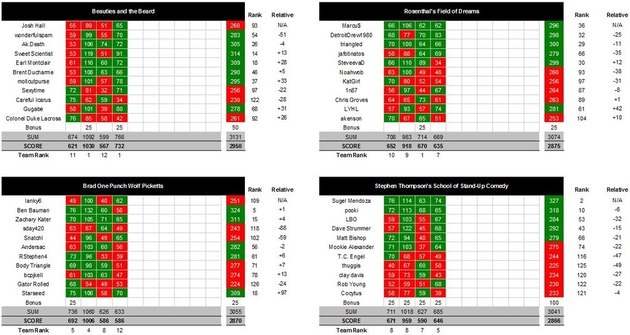 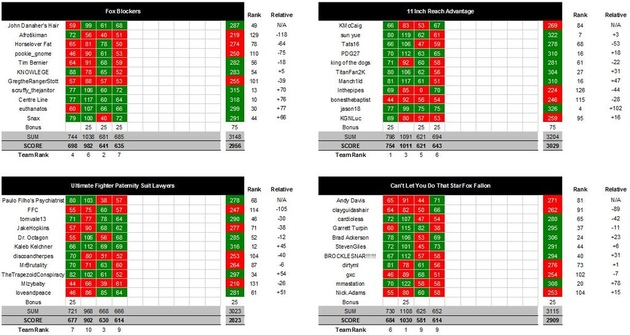 Also, not that anyone cares (or should for that matter), our own beloved Kater Tots managed to have the #1 Betting performance on all of MMAPG for this event. He put all of his eggs in Thiago Silva's basket and won so many fake moneys. Way to go, Zakree. Job well done.