Hello everyone! I have been given the keys to the BECW Recap War-mobile and I intend to make this as smooth of a transition as humanly possible from our beloved Zater. May he rest in peace.

UFC on Fuel 9 took a major kick in the testicles when The Mauler was deemed too injured to fight Gegard Mousasi. So severe was this cock punt that not even Diamond MMA could have saved it. Thankfully, Ilir Latifi, or "Latifa" if you run the damn company, had the stones to step in for his training partner and fight a top shelf guy way above his competition level on mere days notice. One other thing I would like to touch on before we get to the meat of this is the Swedish fans. Swedish fans, allow me to touch on you for a few sentences. After seeing and hearing some utterly deplorable MMA crowds over the years, I have to give you all my highest praise. You were class acts all night even in the face of your card being gutted at the last minute and being treated to a WWE Superstars level squash match for a main event. Thank you all for being infinitely superior to your Las Vegas counterparts. Now, onto the card:

Gegard Mousasi was able to overcome a last minute opponent change, a knee injury, a cold, 3 burritos from Q'doba and his own projected boredom to systematically bludgeon Latifi to a decision. Ross Pearson gave Dana White the pleasure of dismissing another Couture from his company. Matt Mitrione collided with Phil DeFries (literally) and then unceremoniously knocked him into Schaubtown in under 20 seconds. Michael Kuiper forgot to put the lotion on his skin so "Filthy" Tom Lawlor gave him the hose again in the form of a 2nd round arm-in guillotine. Conor McGregor made a huge impact on everyone's favorite BBW loving Featherweight in Marcus Brimage and Reza Madadi strangled Michael Johnson and once again proved that once you go Blackzillian, you stop winnin'. Adlan Amagov, Akira Corrasani, Brad Pickett, Tor Troeng, Ryan LaFlare & Papy Abedi all won their respective fights as well.

Here at the BECW all you have to do is make your picks. The following people did not: 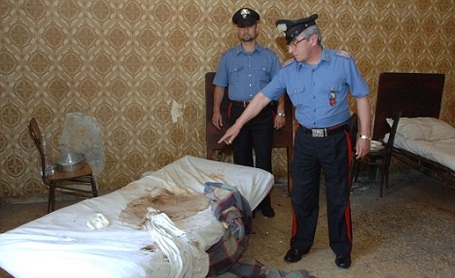 Welcome to the 100 Point Club RStephen4! I personally found this event very difficult but our scoring average was very high and any time anyone eclipses the century mark, it is definitely a noteworthy achievement. Swiftman also makes a top 5 appearance and captain of the lovably abysmal TACO COWS gxc was the highest scoring captain of this event.

For complete individual scores for the event, check the live sheet.

RStephen4's huge night vaulted him up 17 places into the Top 5 and triangled made a 26 spot leap in the season standings. the 84th(!) pick of the draft sgiblin still leads the whole shebang by a somewhat comfortable 21 points over his closest competitor, the lesser of the cousins POW. There are lots of "real names" in the top of the standings. Apparently Tim Burke was just a little ahead of his time on that idea.

. They can also be viewed in this imgur album. 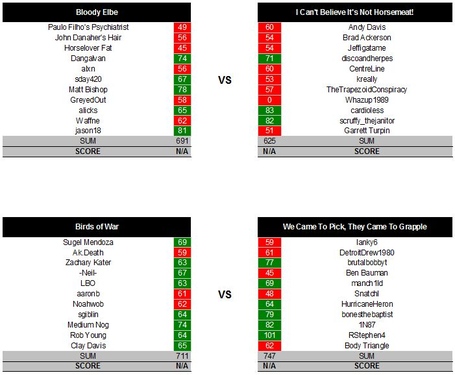 PFP's Dick Breaker's cruised to a victory over Andy Davis' squad who fell victim to one person not making picks and only having three players in total above average. Bad luck for the Birds Of War on this event because they would have beaten every other team in the Grand Prix EXCEPT for the team they were actually playing. Hopeless Captain lanky6's team posted the highest score of the night and got the victory to advance. 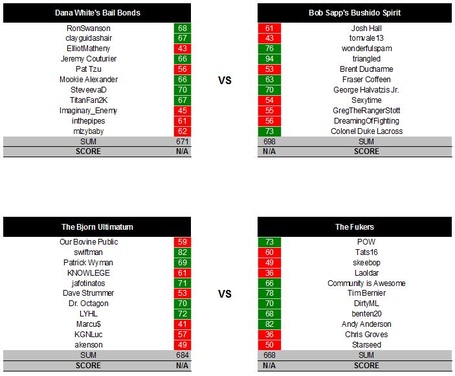 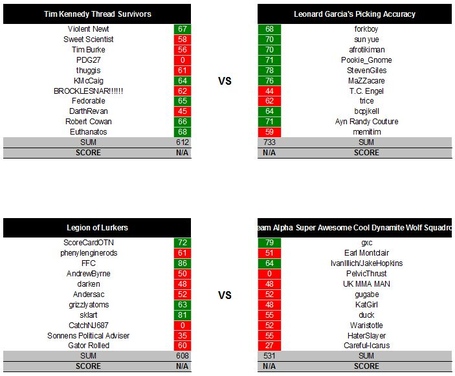 All teams in the Bland Prix proved that they are who we thought they were this week with the exception of Leonard Garcia's Picking Accuracy. They posted the 2nd highest score in the Civil War this week and should be commended for playing hard even when there is nothing to play for. You guys are the Kansas City Chiefs of this competition. The Legion of Lurkers were able to take out the TACO COWS who were the only team to not clear the 600 point threshold for this event. 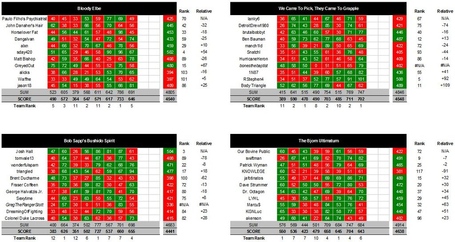 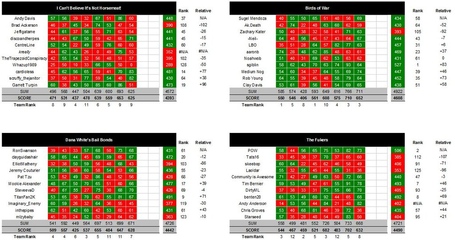 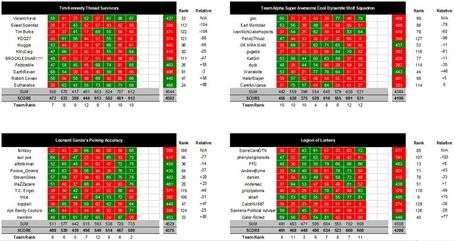 That's all I got everyone. I am very happy to be doing the Recaps for this. Thanks to Spam, Horsey and Zater for having me do this and I will catch you all later.