In this specially produced video for Bloody Elbow, Combat Sambo and leglock specialist Reilly Bodycomb presents a crash course in learning how to Scissor takedown an opponent and finish with the inverted heelhook, just like how Ryo Chonan defeated the great Anderson Silva in Pride, and how Joe Lauzon almost caught Jim Miller at UFC 155.

Share All sharing options for: Bloody Basics! Learn how to Scissor Takedown and heelhook, Sambo style with Reilly Bodycomb

Greetings, Comrades! Bloody Basics is back with this video special on the Sambo style Scissor takedown, and tips on the Inverted Heelhook it leads into, as demonstrated by competitive No Gi Grappler and Sambo coach Reilly Bodycomb.

But first a word of warning: do not attempt these moves without the supervision of an experienced grappling coach, as there is a potential risk of injury. The inverted heelhook is perhaps the most poweful leglock known in the Martial Arts, and it's a potential ligament shredder. This video is for information purposes only.

With that disclaimer out of the way, a brief history on the move. Known in Judo and Japanese arts as the Kani basami (蟹挟), it is a popular method of taking someone down in Sambo and certain forms of Catch Wrestling as well, but became banned from Judo and some Jiu Jitsu competitions due to the perceived danger to the opponent's knees, spurred on by a few instances of guys crashing their bodyweight into the side of the knee where in some cases bones got broken.

However done with care and in particular using a posting arm as Bodycomb demonstrates, it can be a relatively safe and effective takedown (not to mention incredibly cool looking) that works using the momentum of your bodyweight to back trip the opponent perpendicular to an imaginary line between their heels. This geometrical concept is fairly consistent to a lot of throws and trips, including when you make a penetration shot between an opponent's legs for a double-leg takedown.

The Scissor takedown was used to great effect in the Ryo Chonan versus Anderson Silva fight from Pride Shockwave 2004, and Chonan managed to parley it into an instant fight ending inverted heelhook. At UFC 155, Joe Lauzon landed the Scissor takedown against Jim Miller, but was unable to finish similarly.

Reilly Bodycomb breaks down the basics of starting to learn the scissor takedown as both a counter to a single-leg takedown attempt, and as a launching attack move -- what Bodycomb likes to refer to as a Dynamic Entry -- in its own right, as well giving tips to finish and trouble shoot the inverted heelhook.

Reilly Bodycomb's approach to the leglock game is one of the best out there in my opinion, and his 2 disc leglock set is worth picking up by anyone wanting to improve this aspect of their game. He has also recently released a book titled Sambo Wrestling that's also worth checking out for those interested on the links below.

Be sure to check out the other entrants in the Bloody Basics series: The Bridge and The Hip Escape. 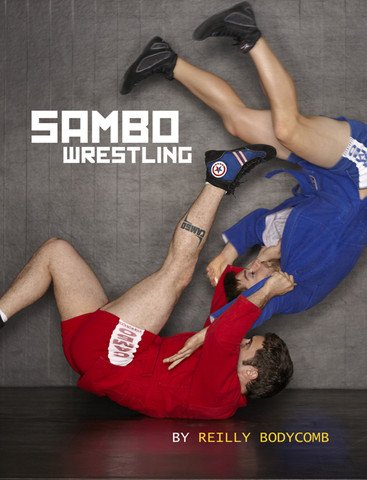 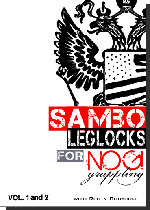