The Martial Chronicles: L'Idole de Paris Versus the Fraud of London

John S. Nash is back with another version of The Martial Chronicles, this time looking at L'Idole de Paris versus the Fraud of London in 1908

Share All sharing options for: The Martial Chronicles: L'Idole de Paris Versus the Fraud of London

Author's Note: Some contemporary sources contain terms in reference to various ethnic groups, which some may find derogatory and/or offensive. While neither I, nor this site, condone the viewpoints expressed with their use, we also do not condone pretending such sentiments did not exist. For that reason, they have been left in. Hopefully, they will not detract from your reading experience.

It has been a long expressed desire of fans of mixed martial arts to see an elite level heavyweight boxer try his hand at their sport. While it is true that Art Jimmerson and James Toney have both thrown their hats into the Octagon, neither were elite when they entered the cage. Jimmerson was more a respected veteran, having never been rated by Ring magazine as a top 10 fighter, while Toney's contest against Randy Couture demonstrates just how desperate fans had become, accepting an overweight and over-the-hill former great to fill the role of pugilistic champion. But since neither actually fit the bill, questions have lingered over how the punching accuracy and power of a prime Tyson, Holyfield, Lewis, or Klitschko would fare when faced with an opponent who could kick or grapple? While we modern fans have been patiently waiting, we ignore the fact that one of the greatest heavyweight boxers in history did indeed try his hand at mixed martial arts...and the only reason we are unaware of it is because it happened over a century ago.

In December of 1908, Sam McVea (also spelled McVey or MacVea) was one of the top heavyweight boxers in the world. Or more specifically was one of the top colored heavyweight boxers in the world, for even though the African-American Jack Johnson would capture the championship belt by the end of that year, the color-line was in full effect. McVea himself had faced, and lost, to Johnson three times already, twice by close decision and once by knockout after being caught in the 20th and last round. But these losses had been early in his career, less than two years after becoming a prizefighter, and in the half a decade since he had developed into a terrifyingly powerful adversary. One who found it difficult to get big fights in the United States because of the color of his skin. [EN1]

McVea was twenty-four at this time and now dwelling in Paris along with the best of the best of African-American boxers: Sam Langford, Joe Jeannette, and, before he sailed for Australia to win the title from Tommy Burns, Jack Johnson as well. In the City of Lights they were treated with a level of respect and adulation unheard of back in the states. McVea had arrived in the city in the summer of 1907 and during the interim eighteen months had preceded to knock out seven straight opponents, so captivating the Parisian public that he became known as "L'Idole de Paris." [EN2] 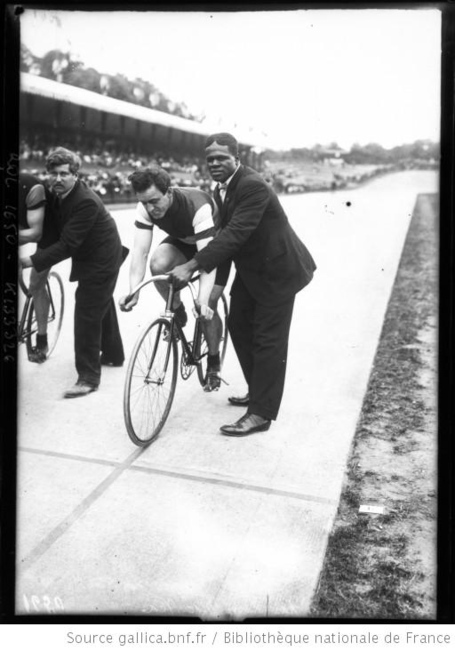 It was also during this time that the boxing-crazed Parisians were going equally mad over the new sport of "all-in" fighting, better known today as mixed martial arts. First introduced to Paris in 1905 when jujutsuka Ernest "Re-Nei" Regnier met and defeated savatuer George Dubois via an armbar in front of a well-heeled crowd in Courbevoie [EN3], these contests soon became a common feature of the city's theatres. Fed by the endless debates across the pages of the local journals by the supporters of each of the various martial arts disciplines, numerous all-in contests involving boxing, wrestling, ju-jitsu, and savate were held over the next few years to try to and settle their differences... and make money.

With such interest in all-in fighting and Mr. McVea, the proprietors of the Marigny Theatre along with the Pelican Boxing Club decided to capitalize on both by staging a match between "L'Idole" and a top Ju-jitsu fighter. Contacting promoters William Bankier and M. Baxter in London, a city which at the time boasted the presence of Yukio Tani "The Pocket Hercules", Yamato Maeda (better known as Mitsuyo Maeda or "Conde Koma"), and Taro Miyake, they asked for England's best Japanese exponent, offering a purse of 12,000 francs as enticement. [EN4] Baxter's choice was Tano Matsuda, a man he billed as a "The Japanese World's Champion of Ju-Jitsu". Even though his only appearance had been a rather unspectacular performance at the Hegler's Circus catch-as-catch-can tournament earlier that year, the name was accepted without any questions. (Perhaps because they confused Tano's name with his more renown compatriots or because "Apollo" Bankier, the manager of Yukio Tani, vouched for him.) [EN5] 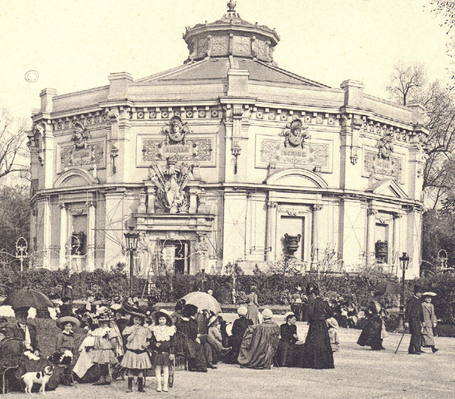 The night of the fight, December 31, 1908, the Marigny Theatre was packed to capacity. Even tickets to stand in the darkened back had gone for a "whopping" 7 francs apiece. Tano had arrived the day before, but had gone immediately to his hotel, sending M. Baxter as his representative to meet with Mr. Belvallette, representing the Pelican Boxing Club, and the referee, M. Reichel, to go over the rules. The contest was to be held under the "traditional regulations of boxing against jiu-jitsu fighting" which apparently were common enough that there was little debate as to what they involved. McVea would not have to wear a jacket or vest, but would wear boxing gloves. He would also be permitted to strike his opponent on the ground, while the only tactic forbidden to Tano was gouging the eyes. Each round would last three minutes and the match would continue until one of the men was unable to stand within a ten-count, conceded defeat, or the referee determined they were unfit to continue. In any case, It was also agreed by all parties that any and all decisions by Reichel would be final. [EN 6] 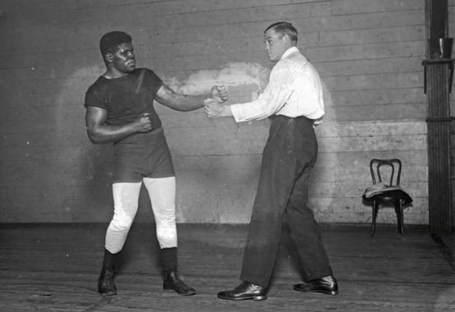 As the match drew closer, McVea began to have second thoughts. Where before he had been looking forward to his payout enthusiastically, according to trainer Duke Mullins, doubts were now creeping into his head thanks to fellow boxer Sam Langford.

These words from a tough little man like Langford put fear into McVey. He entered the ring ashen grey. He worried off nearly a stone in the few days before the contest. I told him that his only chance was to get the Japanese with the first punch.

"If you miss," I added, "he'll be throwing your arms and legs to the audience in half a minute."

McVea's confidence grew when he watched his opponent enter the ring, for Tano Matsuda wasn't the dreaded Japanese champion he'd be billed as but instead "he was a pathetic english man, skinny, and emaciated." This was soon followed by another surprise, as Baxter now demanded that each round be only two minutes in duration, and, more importantly, that McVea don an uwagi ju-jitsu jacket. There was a huge expression of outrage from the crowd, but both Baxter and Tano refuse to concede on this demand. Sam eventually gave in, and the match was ready to proceed. [EN8] 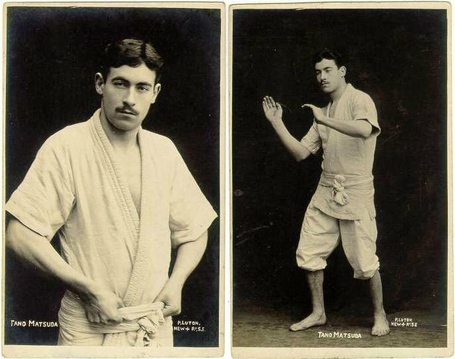 The gong sounded and Tano rushed McVea, who, still worried by Langford's warning and remembering Duke's advice, let loose with fearsome left hook which caught Matsuda squarely on the jaw, dropping him to the canvas. Since striking on the ground was allowed, McVea followed up but only lightly as his opponent was finished. The referee quickly stopped the action, and in only eight seconds it was over. [EN9] 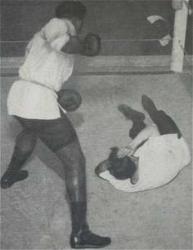 It was then that the crowd and the management of the Marigny became painfully aware that they'd been had, for Tano Matsuda was not only not Japanese, but not much of a jiu-jitsu master either. (In fact his real name was John Payton, and it seems likely that he'd taken up jiu-jitsu as a student of Mitsuyo Maeda only as recently as the year before.) [EN10]

Scandal. The furious crowd jumped on the stage, invaded the ring, determined to beat up the impertinent and deceitful Tano. He had disappeared, thankfully for him. Or rather no! With dexterity he had gone to change backstage and mingled with the crowd of protesters. If I recall correctly, he was the one clamoring with the most ardor and violence. [EN11]

Tano Matsudy managed to escape and return to London where he continued to bill himself as a "champion of jiu-jitsu", but "jiu-jitsu" itself didn't get off as easily. [EN12] Thanks to Tano's rather feeble showing, along with an earlier defeat by Ernest Regnier at the hands of wrestling champ Ivan Poddubny, the Japanese martial art had experienced a serious set back in the eyes of the French public. Its superiority to Western martial arts was no longer a foregone conclusion.[EN13]

McVey received his money, and returned to focusing on boxing - and on capturing the "colored" heavyweight championship since the other belt (even if it was held by Jack Johnson at the time) was off-limits. Duke Mullins, for his part, thought that it might be a good idea to try and arrange another match or two of a similar nature to the one with Tano Matsuda. Sam quickly shot it down.

Sam's aversion wouldn't last, and a few years later, and on a different continent, he would find himself facing another "jiu-jitsuman". This time, though, his opponent wouldn't be a fraud but instead one of the most experienced "all-in" fighters of the era.

And that will be the focus of our next installment. 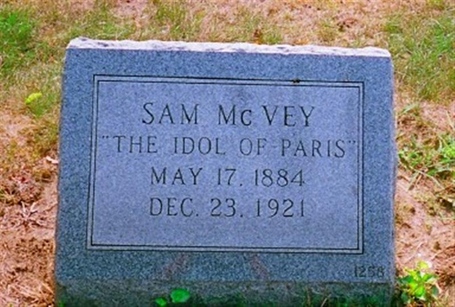 Special thanks to Lucas Bourdon, perhaps better known as Sweet Scientist here on Bloody Elbow, for properly translating many of the articles from their original French. His work was invaluable. 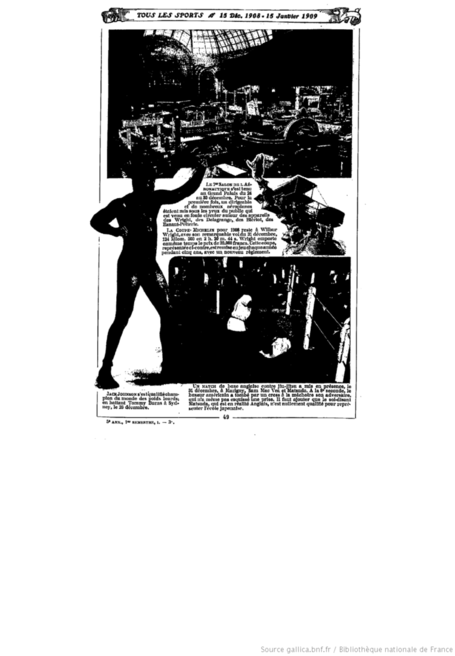 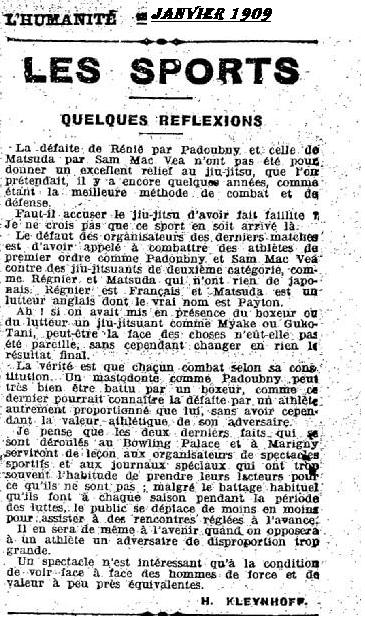