UFC's bigger deal for future Macau events, Roger Huerta on a Harlem Shake viral video, plus several news from promotions such as PXC, DEEP, and Road FC. All that on the latest round up of news from the Asian MMA scene.

There's a bunch of news coming out of the Asian MMA scene, so as always, here's a quick round up to get you up to date:

UFC GETS BIGGER DEAL FOR FUTURE EVENTS IN MACAU 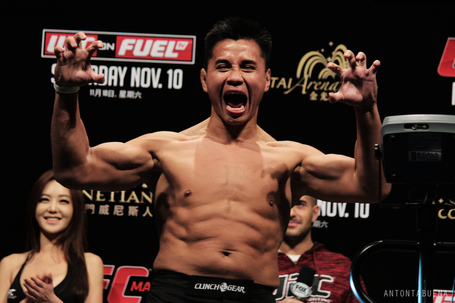 Not much details were said, but during the post-fight media scrum at UFC on FUEL TV 7, Dana White was asked about their future plans for Macau. Here's what the UFC president said: "From what I understand, we put on the best event in Macau, so through that, we got a bigger deal. So Macau is going to be great."

Macau is obviously a key factor in slowly breaking into the Chinese market, and it's interesting that Mark Fischer and Zuffa are still planning on hosting more shows in the area. Like Vegas, this gambling capital is a massive tourist spot, and it's one of the more westernized locations in the region. This makes it better for their pockets, while at the same time also building and growing awareness in the relatively untapped Chinese market which may not be ready for a big UFC show yet. 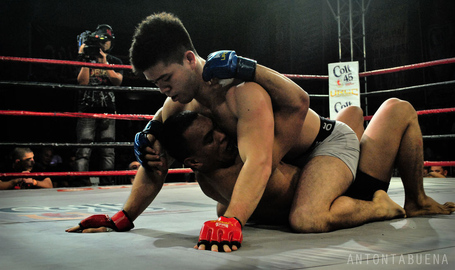 The Philippines has a rabid fanbase when it comes to combat sports. It's not just Pacquiao that they love though, the country is crazy about MMA as well. Thousands and thousands of fans mob UFC fighters just to watch them hit the pads, and several MMA promotions are finding success hosting shows in the country as well.

One of these promotions is PXC, which is originally based in Guam, and now also hosts regular events in the Philippines. They pride themselves for being one of the very few promotions that allow several of their top guys to 'graduate' to the UFC, and on their next event in Manila, you could be very well see some of the future guys to be picked up.

Their last show happened this past weekend, and during the event, PXC head EJ Calvo informed BloodyElbow.com that several of their top guys will be competing on the next card in Manila this May.

After taking home fight of the night honors in a win against Alvin Cacdac, Louis Smolka earned a title shot against Ale Cali, and it will likely take place on that card. Top featherweight prospect Mark Striegl (12-0) has also been penciled in for the card, along with the PXC bantamweight champion in Crisanto Pitpitunge (4-1). Opponents for the two fighters are yet to be finalized, but it is interesting to note that there are two names popping up in regards to Striegl's possible opponent. It could be against PXC Featherweight Champion, Joe Taimanglo, or a rematch against PXC lightweight champion, Harris Sarmiento, who called him out after winning last Saturday. 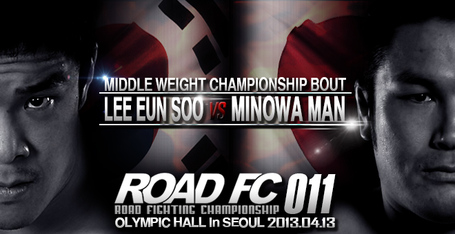 Korea's top MMA promotion has some massive plans for 2013. Their first event of the year will be Road FC 11 on April 13, and it is already shaping up nicely. It will have two title fights on the line, with the first being the finals of their Lightweight Grand Prix as Korea's Nam Yui Chul takes on Japanese submission expert, Takasume Kume for their inaugural lightweight title.

Their second title fight is more familiar to fans from the US, as Road FC champ, Eun Soo Lee (16-4) will be making the first defense of his middleweight title against long time Japanese MMA star Ikuhisa Minowa (55-34). He is known for taking on super heavyweights and guys with a massive size and weight advantage, but for his second Road FC bout, Minowaman will be fighting a guy his size.

Jung Hwan Cha, who is coming off an impressive win over Igor Gracie on ONE FC 5, will also be on the card, taking on UFC veteran, Luis Ramos. Also booked on the card, but without an opponent announced is Sokodjou. The card is yet to be completely finalized, but it looks to be shaping up to be a must watch for Asian MMA fans.

DEEP just hosted a show this past weekend, and one of the announcements made during the event was that DEEP 62 will have a lightweight title fight between two submission experts. Known for spectacular flying armbars, current DEEP Champ, Daisuke Nakamura will be defending his lightweight strap against leg lock specialist and former Sengoku champ, Satoru Kitaoka.

ROGER HUERTA AND TIGER MUAY THAI DO THE HARLEM SHAKE

Since you've scrolled down enough to reach the end part of this article, I'll give you a funny video for a proper send off. Unless you were living under a rock, you would've probably heard about the "Harlem Shake", which has exploded and gone viral on YouTube this month. If you're unfamiliar with the new internet meme, you can read about it here.

While training, Roger Huerta and the guys behind the famous Tiger Muay Thai gym in Thailand decided to make their own version of the popular 30 second viral clip, and you can watch the hilarity below: