In this interview with Bloody Elbow, former ONE FC champ Soo Chul Kim talks about Korean MMA prospects, Road FC, and his main goal of getting revenge from Bibiano Fernandes regardless of weight class.

"I like being the underdog because it makes me more motivated!" Soo Chul Kim exclaimed.

You hear this line from every fighter matched up against stiff competition, but when this Korean prodigy says it, people tend to believe him. After all, Kim has made a name for himself by defying the odds multiple times and winning the ONE FC bantamweight title all before he can even legally pick up a bottle in most places.

After being thrown into the fire early in his career against guys like Andrew Leone, Gustavo Falciroli, and Leandro Issa, people started to doubt if this young Korean with a .500 record can ever fulfill his potential. Every time he faced top competition he was repeatedly counted out, but Kim made an impressive run and kept proving everyone wrong in the process. He stopped Shoko Sato who was 4 times more experienced than him at the time, then followed up with two even bigger wins. He took a decision win against one of Asia's top stars in Kevin Belingon, and then he brutally knocked out his former opponent and new UFC signee, Leandro Issa to claim the promotion's bantamweight title. 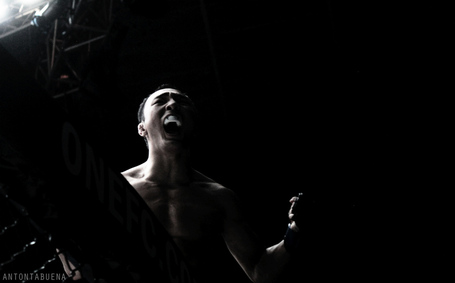 Time and time again, he proved that he could rise up against top competition, but then he was faced with an even bigger challenge on his last bout. Coming out of a year-long absence to recover from major injury to his shoulder that required surgery, he was tasked to take on one of the most highly regarded bantamweights in the world in Bibiano Fernandes.

He was already the crowned champion, but much like his past few fights, no one gave him a chance against one of the best fighters outside of the UFC. That never deterred Soo Chul before, and he didn't let it happen again this time. With most expecting him to get thoroughly dominated and submitted early by the world champion grappler, Kim survived the first few rounds of their bout without taking much damage.

"One phrase that describes my style is to 'Just go forward'. I tried to never stop moving." Kim explained as he talked about his gameplan against the talented grappler, "Takedown defense and elbows were my special plan, but his striking was better than I thought."

He was getting controlled on the ground early on with Fernandes' world class grappling, and with his defensive abilities on the feet being much better than he anticipated, Kim had began to lose majority of the earlier rounds. By the later rounds though, he started to turn the tide and wear down his opponent. He started fending off more takedowns, and each time he tried, Kim made him pay with those elbows. He began to take control of the striking exchanges late, but as the final bell rang on their 25 minute bout, it wasn't enough to win a decision.

"I was angry at myself and felt really sorry because I knew I could have fought better." Kim states as he talked about his emotional state even before the judges decision was announced, "I should've take him down first."

"He was much stronger than anyone who I have fought in my career. He was totally different, and truly one of the best bantamweight fighters in the world," he said as he gained respect for his opponent following their bout, "The long layoff from surgery didn't have any effect. I had been focused on how I would fight against Bibiano for a long time so nothing negative affected me."

He refused to give excuses for losing the earlier rounds, but was clearly upset knowing that a few more adjustments and he could've toppled the mammoth many thought he had absolutely no chance of beating. 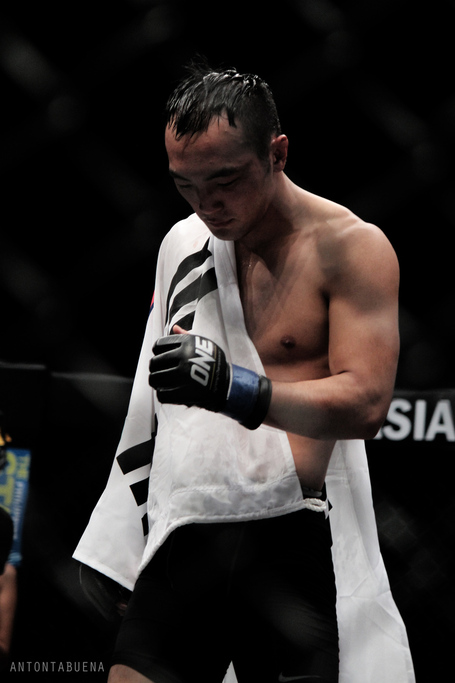 It's been a month since his bout, and Kim has since gone back to his home country to train with that burgeoning stable of fighters coming out of Korea.

"I have been resting since my last fight, but I already started light training everyday. I still don't have any fights lined up yet, but I want to compete at ONE FC or ROAD FC in the beginning of the next year," he said as he talked about the two top promotions he's signed with.

"I have felt that One FC is a systematically well-organized promotion. All their staff are very professional and they have fighters from all over Asia. ROAD FC is also great promotion and many superstars have fought for them such as Melvin Manhoef, Sokoujou, Joachim Hansen, and others, but most fighters are Korean."

"Korean fighters have been really improving dramatically. Especially in my weight class, there are so many good fighters now."

Prospects such as Doo Ho Choi along with several established vets like Dong Hyun Kim and Chan Sung Jung make Korea one of the hotbeds for MMA talent in the region, but when asked why he thinks the UFC has yet to host a show in his home country, he's just as baffled as the rest of us. "I have no idea!", he answered followed with a hearty laugh.

As for which fighter people should keep an eye out for though, Kim had a firm response. "Definitely Min Jung Song is the fighter who has big possibility to be the next top Korean prospect. He just defeated Issei Tamura, an ex-UFC fighter in his last fight. I train with him sometimes and I can't beat him during sparring."

As he slowly works his way back into training with those beasts in his gym, Kim states that will be training with only one purpose, to keep gunning for Bibiano Fernandes. Kim truly believes he could've had that win with a smarter fight, and much like how he was able to get redemption from an earlier decision loss to a UFC prospect Issa, he wants a chance to prove he has the tools to defeat such a highly regarded fighter in Fernandes as well.

"My next goal is of course, to get revenge. Even if Bibiano goes up to featherweight, I will try to go up to featherweight too. I really want to fight him again!" he exclaims, "I would like to thank all those people who always cheer for me, and I just want to say that I, Soo Chul Kim, is just beginning now, and I will show you all more good fights!