The week's most interesting bits from the MMA and UFC twitter world. 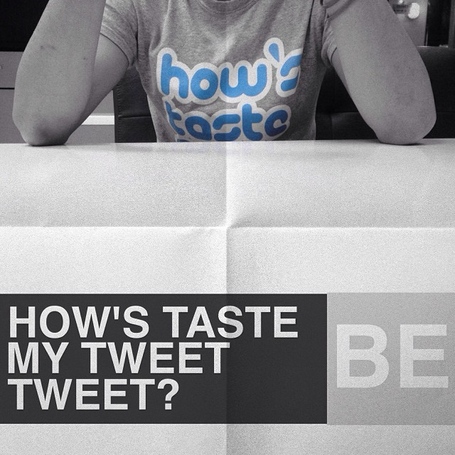 "UFCとの契約書にサインしました。 『踏み出す、傷つく。だけど踏み出す』 全てを力に！！！！！ I signed the contract with @UFC. I would like to become a UFC featherweight champion!!!" -Tatsuya Kawajiri, I just did a Yes cartwheel.

"Its finally official.After #expenables3 I'm flying to Altanta to shoot #fast7 before going back to LA for 6 week camp and defending my title" -Ronda Rousey, multitasking.

"You're twelve, you don't need coffee in the morning. Get out of my line" -Mitch Clarke ‏

"When I sign into twitter and see that I don't have any @'s .... I die a little bit inside" -Stipe Miocic

"Lol at tough guy @WarMachine170" -Ben Askren, after War Machine lost at the 2nd round of the WW tourney.

"Well, since my next fight isn't until February in the @BellatorMMA tourney, I have no excuse not to enter the No-Gi World Championships! =]" -War Machine

"As of yesterday I have been the @BellatorMMA champion for 3 straight years. Time for some new challenges I think." -Ben Askren, hello UFC.

IF YOU HAVE LOW T AND CAN'T PERFORM, DON'T FIGHT. #BanTRT

"Low testosterone a "largely invented condition", according to many doctors. http://mobile.nytimes.com/2013/10/16/us/a-push-to-sell-testosterone-gels-troubles-doctors.html?from=homepage … (Via @dudemanchubaca)" -Ben Fowlkes

"But @benfowlkesMMA I have "low T" from (insert some lame ass excuse)... (Not related to my prior steroid abuse) I just want to be normal." -Tim Kennedy ‏

"Of course we need to fix the judging criteria but do you think having 5 judges would help? 3 ringside and 2 watching on TV. @kennyflorian" -Cub Swanson

"@CubSwanson all judges should have access to monitors as they judge. Not sure having more judges helps but it's worth a trial." -Kenny Florian, I think it's more important to simply educate and train them, along with adding penalties for indefensible scorecards.

"@GilbertMelendez it was fun going to war, you have pettis and Josh's number get the belt I'll be climbing the rankings WW2 will happen 5rds" -Diego Sanchez

"@DiegoSanchezUFC looking forward to it! Much respect" -Gilbert Melendez

"Im thinking maybe nate diaz for the next fight would be a epic 5 rounder... People can not deny my wrestling skills @155 out wrestling gil is a statement almost had chokes too.... im here to stay" -Diego Sanchez 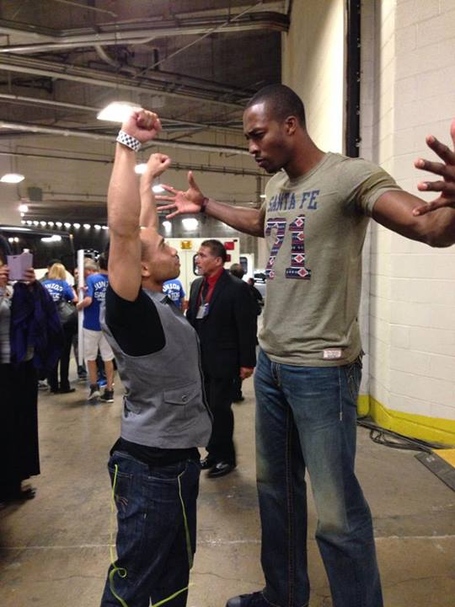 "2 days after the fight bumps, bruises and a few stitches #wellworthit" -Cain Velasquez

"Right back to work after the fight. At @foxsports1 for @ufctonight with @kennyflorian. Love my jobs. #embracethegrind" -Daniel Cormier

In rehab today and in walks Arnold @Schwarzenegger!! A true honour to meet this LIVING LEGEND!!! Thanks to @HMilliPT pic.twitter.com/rmYqbqC8nG

"Who is the first. I would like to rule the galaxy being subordinate in my geekdom to no one." -Tim Kennedy ‏

"Hey @sonnench I have a skill set & experience that is perfectly suited for private security/bodyguard. You are going to need it in Brazil." -Tim Kennedy ‏

"I smile every time I unzip my pants. I love that my zipper say "WEAPONS FREE" on it. Best all American made jeans around." -Tim Kennedy ‏

"To all my beautiful supporters who want me back walking the @ufc octagon-I'm 👙 ready for you! #ufc 💪👊#nomakeup #nofilter #tgif oh, let's not forget hashtag #selfie 🙈 goodness I'm lame." -Rachelle Leah

"It's ridiculous how difficult it is for me to get rid of my old running shoes. We've been through so much together 😉 Today's the day though!! Into the donation bin they go" -Natasha Wicks