Stefan Struve has shown remarkable resiliency over his career, bouncing back from several violent losses and overcoming bad situations in fights to emerge as a contender in the UFC's heavyweight division. Brent Brookhouse recaps Struve's path to Saturday's UFC on Fuel main event. 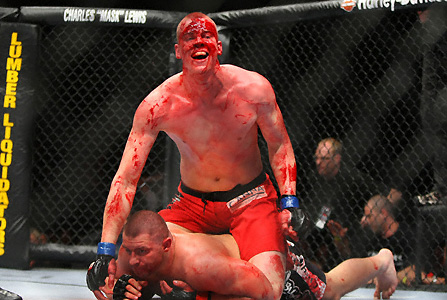 Transferred to MMA, there may be no quote that better describes the career of UFC on Fuel TV 5 main eventer Stefan Struve.

A towering human being, after a few years of constantly changing listings 6'11" seems to be his "official" height, he possesses physical tools other fighters would kill for. To go along with his long frame, Struve has put on considerable muscle during his time in the UFC, something expected considering he entered the world's biggest fighting promotion at the young age of 21.

But Struve tends to get drawn into brawls, not content (nor, honestly, fully possessing the skills) to stand outside and keep the other man at the end of a jab or front kick. He does use his reach, but it's difficult to maintain and keep distance in a sport like MMA where the clinch isn't broken by the referee unless it's a complete stalemate. While MMA fans act as though fighting tall is easy, watching his fights shows that he does try to stay on the outside and use length before opponents bullrush him to get inside. On the ground, he uses his length very well in his grappling.

He is, ultimately, a finish or be finished fighter, having only seen the scorecards one time in his 29 career fights, using the aforementioned grappling attack to capture 16 submission wins to go along with 6 KO/TKO wins. But it seems like no fight is easy and the allure of the brawl is too strong for the young Dutch fighter. 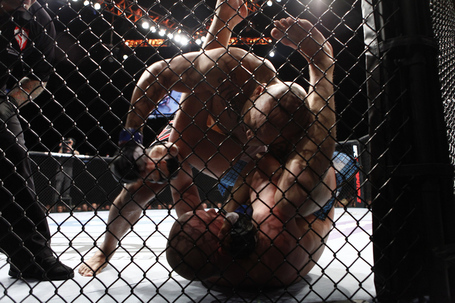 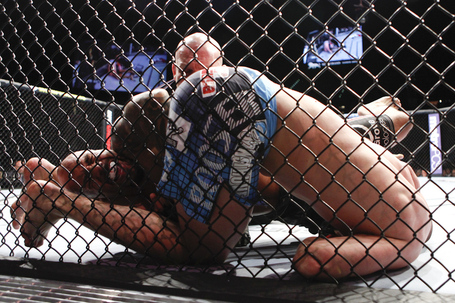 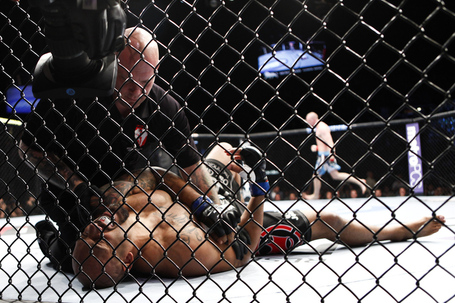 Wars seem to be central to Struve's career as he's battled through incredible moments of adversity like in his fights with Denis Stojnic and Christian Moorecraft. Both fights saw Struve battered, badly bloodied and near defeat before he seemed to flip a switch and finished both in the second round.

The Moorecraft fight serves as a very interesting example of Struve's recklessness paying off. After being dominated in the first round and left with a massive swollen and bloody lip that had the ref and doctors ready to stop the fight, Struve came out of the corner clearly ready to go out on his shield. He started throwing strikes with urgency, then got into an exchange with his back to the cage and both men throwing serious heat before he rocked and then dropped and finished his previously undefeated foe. It wasn't the smartest way to protect a damaged face or keep the ref from jumping in, but it's simply how Struve fights.

Struve spoke to his love of delivering excitement when interviewed about this fight by Bloody Elbow "You know, one of the most important things for me, is when I fight, I want to have an exciting fight. I want to have the fans talk about it. I want them to go home and still be talking about that fight."

One of the more fascinating aspects of Struve's career is his resiliency not only mid-fight but following devastating losses.

In his UFC debut, Struve was handed a beating by Junior dos Santos. His next fight was the scare against Stojnic. And yet, despite almost every point of his UFC having gone horribly wrong to that point, Struve roared back. He'd go on to win the two following fights before being quickly stopped by Roy Nelson. And, again, he was forced through hell in his next fight before beating Moorecraft via second round rally. 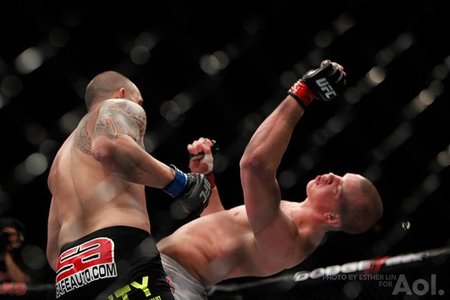 Two fights later it was another crushing KO, this time after a superman punch from Travis Browne.

And yet, once again, Struve bounced back. Coming in as an underdog against heavy hitting Pat Barry. Struve had been stopped on strikes three times and his fight IQ wasn't blowing anyone away, so many thought Barry would catch him early and finish him off. Instead, Struve actually "fought tall" and avoided all but a few of Barry's shots before getting the takedown and hanging on to a triangle choke as Barry tried to slam his way out.

Stefan won two more fights to bring him to this weekend's main event against Stipe Miocic, a fight that Dana White says will place the winner as the number five or six heavyweight in the world. While that may not seem to be the case to many observers, Dana's opinion of a fighter is much more important than yours.

So Struve, in a career as much about being hit as hitting, has felt the pain and bounced back every time, now finding himself on the cusp of his boss, the most influential man in MMA, placing him in the top five of the world.

Not bad for a guy tagged as having a low fight IQ and questionable chin.